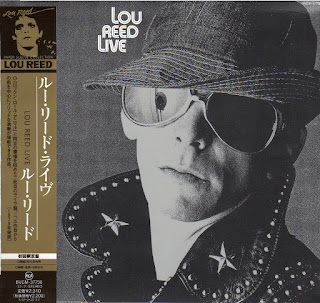 Perhaps the fact that Lou Reed’s curious career continues is more important than what he does with it at this particular stage. Had he accomplished nothing else, his work with the Velvet Underground in the late Sixties would assure him a place in anyone’s rock & roll pantheon; those remarkable songs still serve as an articulate aural nightmare of men and women caught in the beauty and terror of sexual, street and drug paranoia, unwilling or unable to move. The message is that urban life is tough stuff — it will kill you; Reed, the poet of destruction, knows it but never looks away and somehow finds holiness as well as perversity in both his sinners and his quest.

Since leaving the Underground for a solo career at RCA, Reed’s star has shone very brightly commercially, less so artistically. Lou Reed, his first RCA LP, had strong songs, inept production. Transformer, excellently produced by David Bowie, brought Reed an AM radio hit, “Walk on the Wild Side,” but the paucity of much of the rest of the material was alarming. Berlin, unforgettable in many ways (not all of them good), has probably been underrated but was certainly not helped by the pretentiousness of the rock-opera/”masterpiece” ad campaign or Bob Ezrin’s soap-opera, cast-of-thousands overproduction. Sally Can’t Dance had one brilliant song: “Ennui.”

Which leaves us Rock ‘n’ Roll Animal and its sequel, Lou Reed Live, both recorded at New York City’s Academy of Music December 21st, 1973. As it happens, I had seen Reed and a mediocre pickup band at Lincoln Center some months earlier in his first New York non-Velvets appearance and he was tragic in every sense of the word. So, at the Academy, I didn’t expect much and when his new band came out and began to play spectacular, even majestic, rock & roll, management’s strategy for the evening became clear: Elevate the erratic and unstable punkiness of the centerpiece into punchy, swaggering grandeur by using the best arrangements, sound and musicians that money could buy; the trimmings, particularly guitarists Dick Wagner and Steve Hunter, were awesome enough so that if Reed were merely competent, the concert would be a success.

And it was, as one can judge from the resultant albums. The band does not emulate the violent, hypnotic, dope-trance staccato power and subway lyricism of the Velvet Underground, but rather opts for a hard, clean, clear, near-royal Mott the Hoople/Eric Clapton (Layla) opulence and Reed sings out most of the songs in his effective street-talk style. Animal, coming first, naturally contains the best performances (“Intro/Sweet Jane,” “White Light/White Heat,” the first half of “Rock ‘n’ Roll”), but Live, while less satisfying, is not a tremendous letdown (“Vicious” is first-rate, “Satellite of Love” and “Sad Song,” nice). It’s hardly a classic, but it’s good. Perhaps it will put an end to the Lou Reed jokes. The man’s accomplishments may be few of late, but he is still one of a handful of American artists capable of the spiritual home run. Should he put it all together again, watch out.
by Paul Nelson, June 5, 1975 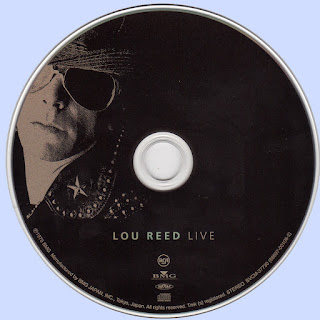 Free Text
Text Host
Posted by Marios at 9:27 AM No comments: