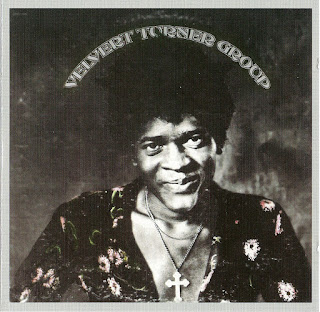 Ever since his death in 1970, Jimi Hendrix has certainly had his share of guitarists who thoroughly studied him -- some would say even copied him -- to a tee. One such gentleman would be Velvert Turner, who fronted the Velvert Turner Group. But there is an interesting reason why Turner resembled the self-proclaimed "Voodoo Child" -- not only was he supposedly friends with Hendrix, but allegedly, Hendrix took the guitarist under his wing, and taught him quite a few tricks on the six-string.

Born on October 12, 1951 and raised in Brooklyn, NY, Turner befriended Hendrix during the mid- to late '60s -- and Turner would show what Hendrix was teaching him to another guitarist friend of his, future Television member Richard Lloyd. After Hendrix's passing, Turner formed the Velvert Turner Group, with bassist Prescott Niles, keyboardist Christopher Robinson, and drummer Tim McGovern, and in 1972, issued a self-titled debut album. Highly derivative of his mentor -- both musically and even in the song titles, as evidenced by "Madonna (Of the Seven Moons)," "'Xcuse Me, Gentlemen (The Fall of Atlantis)," "(Love Rides)... The Slowly Swirling Seas.

There was even a cover of a Hendrix tune, "Freedom," that closed the album. Although the album didn't set the charts alight, it has become a sought-after cult item amongst Hendrix fanatics over the years.

And that was all that many heard from Velvert, although he did appear on a self-titled release by Arthur Lee in 1977, and in the mid-'80s, was involved in a Jimi Hendrix instructional guitar video, which strangely, only featured Turner narrating it and not showing the viewer the tricks of the trade that Hendrix had taught him (the guitar parts are played by Andy Aledort). Subsequently, the other members of the Velvert Turner Group would reappear in the Knack (Niles), the Motels (McGovern), and the New York Dolls (Robinson).

Sadly, on December 11, 2000, it was reported in the New York Times that Turner had passed away at his Brooklyn home. In the article, fans learned that in recent years Turner had been employed by Samaritan Village in Brooklyn, where he worked with those battling substance addiction. Four years after his passing, a snippet of Turner playing some Hendrixian guitar, titled "Going Home," was included on the star-studded tribute, Power of Soul: A Tribute to Jimi Hendrix. In 2009, Turner's old friend, Lloyd, recorded an album of Hendrix covers, titled The Jamie Neverts Story, whose title came from a code name that Turner and Lloyd used for Hendrix, when they would go visit him (to keep their visits "secret" from kids in the neighborhood). The album was also dedicated to Turner, and features altered album covert art based on Turner's Velvert Turner Group from over three decades prior.
by Greg Prato

Velvert Turner was apparently a friend of Jimi Hendrix's, and the Hendrix vibe on the album Velvert Turner Group is almost overpowering, right down to the fish-eye photo on the back cover. Turner's got great guitar tone and a playing style quite similar to Jimi. The songs are also similar to later-period Hendrix, circa First Rays of the New Rising Sun, but with some keyboards added. In fact, "Three O'Clock Train" starts out with a riff very close to "Izabella," then sounds more like "51st Anniversary" in the body of the tune. The really shocking thing, though, is how much Turner's voice sounds like Jimi. It's jarring, right down to the same vocal inflections. But it doesn't sound like imitation, it just sounds like they came from the same places. The songs are good, although not the equal of Hendrix's, but some of the guitar playing is great, with some good feedback and panning effects to boot. It's certainly derivative, but Jimi left so few official albums that this will be a welcome sound to Hendrix fans.
by Sean Westergaard 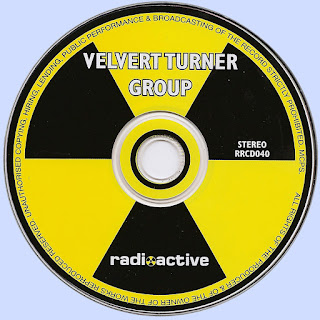