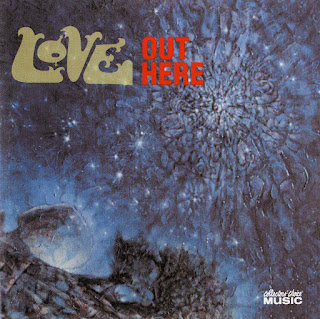 What happens when the life you expected to end continues? Such was the predicament facing Love frontman Arthur Lee, who famously recorded his mortality-obsessed 1967 masterpiece Forever Changes under the impression he’d been worm food within a year. While Forever did not mark the end of Lee, it did mark the end of Love, at least its original line-up. By 1969, the still-very-alive Lee had assembled an entirely new band under the same moniker: players who, unlike Bryan MacLean (author of Love classics like “Alone Again Or” and “Softly to Me”), wouldn’t question or infringe upon Lee’s often dictatorial leadership. Indeed, these Phase 2 Love albums often play like Arthur Lee solo discs, with new musicians offering backup rather than additional (possibly competing) perspectives.

After Four Sail, Love’s final Elektra album, the band moved to Blue Thumb Records, and promptly released the double album Out Here in 1969, and the ten-track False Start a year later. These first two Blue Thumb albums have recently been reissued on Collector’s Choice, and both illustrate Lee’s concerted efforts to distance himself from his old band, his old music, his old life, and his old self.

Culled mainly from the Four Sail sessions (a more cohesive, though not superior, album), Out Here is, like many two-discers of its time, messy, indulgent, sporadically brilliant and often infuriating. For example, “Doggone” is a lilting tune of loss, until it unravels on an eight-minute (!) drum solo. Many good tracks end too soon to feel complete, and many bad tracks squander early promise on meandering jams.

Like many of his contemporaries, Lee was consuming drugs pretty liberally at this point, and the music reflects this. “Signed D.C.”, a tender acoustic plea to Love’s drug-addled first drummer from the group's debut, is reworked as a blistering rocker. Where on the original, Lee seemed distant and preachy when inhabiting the first-person perspective, he now seems to be living the drug fiend’s life. It’s a tacit there-but-for-the-grace-of-god-went-I moment: he demonically repeats the word “dealer” and omits the title entirely, thereby leaving the viewpoint unshifted. In essence, Lee has become D.C.

Out Here is full of stellar highlights: two brief and funny country songs (“Abalony”, “Car Lights on in the Daytime Blues”), two gospel-inflected ravers (“I’ll Pray for You”, “Run to the Top”), trippy drug songs (“I Still Wonder”, “You Are Something”) and some righteous throwaways, including “Discharged”, an obvious yet amusing anti-army rant that semi-blasphemously quotes “America the Beautiful”. Lee contributes his share of pretty tunes, but where Forever was meticulous and timeless, Out Here is often tossed off and dated. It has more in common with the garage-psychedelia of Love’s earlier albums than the folk-pop beauty of Forever. There’s little to impress those who adore Forever: Lee’s vocals are more forceful hard-rock strutter than stoic prophet, and his lyrics eschew epigrammatic wisdom for uninspired bromides.
by Charles A. Hohman, 17 Jul 2008 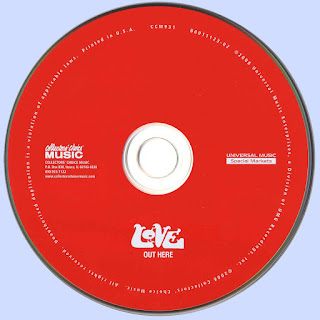 Free Text
Text Host
Posted by Marios at 10:36 AM No comments: