The Barry Goldberg Reunion - There's No Hole In My Soul (1968 us, spectacular blues psych rock) 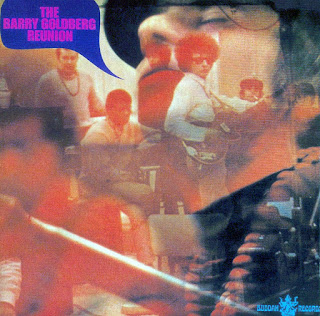 After leaving The Electric Flag, pianist and organist Barry Goldberg formed his own briefly lived group and continued to play the blues, albeit spicing it up with unusual psychedelic rock songs and a fabulous cover of the Beatles’ Fool on the Hill (misspelled as Fool on a Hill on the album). There’s No Hole In My Soul is the record output for the group, a dense piece of varying styles that has something for everyone. Following Goldberg from the Electric Flag to the Barry Goldberg Reunion is Harvey Mandel on guitar. The album’s cover is a hint to what’s inside: the cover is a jumbled mess of photographs of faces, blending into one another. The album’s songs are a mixed bag as well, often at odds with one another, representing a variety of styles.s

Goldberg’s instrument of choice, the organ, plays heavily on all tracks, occasionally dwarfing the overall sound, but on songs like the lead off track it remains a tasteful accompanier. Sitting In Circles is a masterful, booming number that brings multiple elements to the table. Echo graces the track, filling up the spaces where the organ, strings, guitars, and drums aren’t playing with excess sound. Goldberg moans the lyrics in a rather contemporary fashion, sort of an older John Mayer cum Leonard Cohen. The lyrics are suitably basic, placing the emphasis on the music, which is excellent and just a bit complex.

Fool on a Hill sounds like a Velvet Underground outtake, though not a word is spoken. Two or three organs come together (Beatle pun unintended) to make a drone that is otherworldly, while drums keep time by soloing faintly in the background. On occasion the drums will serve a more central role to the song, but it’s really all about the organ and guitar duet that functions as the main melody. The song is a Blue Jay Way interpretation of a classic, fuzzy and hazy, barely holding together rhythmically and absolutely delightful. The organ captures the spiral into the clouds that Paul’s vocals carry on the original as he improvises around “round\round\round\oh oh oh”.

While slight homage is paid to the original, the Barry Goldberg Reunion is not afraid to push the limit, psychedelic-izing an already trippy song. While the lyrics on other tracks deal with liberation of the mind and riding on rainbows, Fool on a Hill takes credit for being the most psychedelic song on the record. It’s followed by a goofy blues number that hammers shut side one called Capricorn Blues. It’s a bit of astrology rock\blues, as the protagonist struggles to get a date with the proper astrological sign, something Goldberg laments.

Side two is fairly basic blues and rock, but the final track, a live number called The Answer’s In Your Head is a stirring utopian vision along the lines of We Love You. by the Rolling Stones (“lost within our minds\cos we love you!”) The mind is the best place to method the stresses of social change and of being led and being imprisoned by American corporate society. The band presents a convincing argument for the hippie school of thought, that through experimentation with drugs and less hang ups one can make a revolution, though the radical leftists of the sixties chose to carry out more concrete actions.

A rousing Doctor John style piano boogie is attached at the beginning of the track, building up to the introduction of the actual song. The noise of a concert jam fades into a country and western track, Goldberg’s voice soaring over the song, backed up by what sounds like a live audience on joyous cries of “the answer’s in your head!”. The song deals with Goldberg recognizing the potential of mindfulness and liberation just around the corner, while describing the loss of his ego. It’s a joyful celebration of the counterculture, complete with whoops and handclaps, inviting the audience into the musical painting.
Max Close 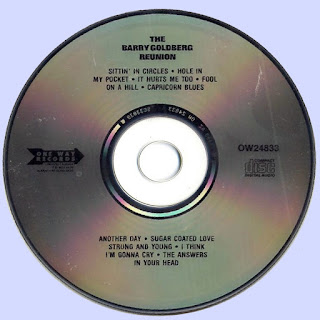