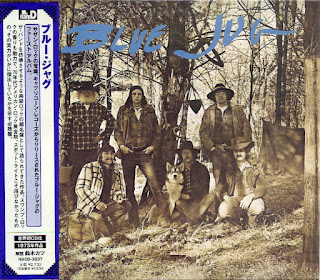 Blue Jug (from Seattle by way of Nashville) and First albums are rarely as impressive as this one, and now I wonder if I've overstated the case for Blue Jug's initial effort. But no. On re-examination, I understand that what I feel is honest - before it's finished, Blue Jug will make a significant contribution to American music."
by David McGee, RS 203 (January 1st, 1976)
Fronted by the team of Clint Delong, Bill Little, and Ed Ratzeloff, this band was mostly a concoction of the Capricorn label. As the Southern rock audience grew, A&R men noticed much of this audience was obsessed with roots music, from blues to country. At the same time, independent labels such as Flying Fish were doing well with concoctions such as Hillbilly Jazz, in which country fiddler Vassar Clements cut loose from the restrictions of old-timey music in a jamming setting. For the Blue Jug Band project, veteran fiddler Buddy Spicher was brought in, an important part of the overall sound, although he was sometimes not credited in band biographies -- what there are of them.
Blue Jug, the album, was released by the most astrologically correct of record labels in 1975, with a feathery impact. If released anytime in the '60s, perhaps this might have had a chance -- jug band music was popular then, with hits such as "Winchester Cathedral" and "Walk Right In," and that seems to be the genre the record-buying public thought this album belonged in. 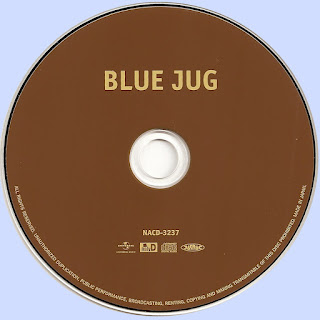