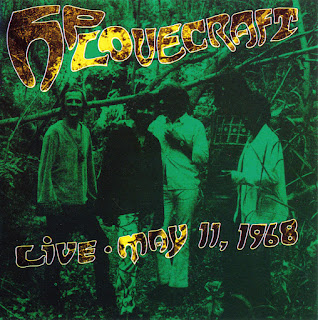 Blessed with one of the best live recording qualities one can hear from '60s efforts -- especially considering that H.P. Lovecraft was never a major success -- Live May 11, 1968 provides a reasonable alternate way for the curious to find out what the shouting was all about. Split almost evenly between first and second album material, and featuring then-new bassist Jeff Boyan (brought in to replace Jerry McGeorge), this release shows that the quintet certainly had something. If there are plenty of moments where the addictive blend of garage jamming and mindblown psychedelia seems on the verge of collapsing into noodling or bad Doors imitations, there's enough of H.P. Lovecraft's own particular approach to justify a listen by anyone into exploratory late-'60s rock.

Certainly once or twice the band ends up sounding remarkably prescient -- the opening of "Wayfaring Stranger" calls to mind the blend of propulsion and trance Can would shortly make its own in Germany, with Tegza's tight beats leading the way. Plenty of other examples can be noted, with the transferred tape itself further suggesting the European group's approach -- check the midsection of "The Drifter," where only Michaels' keyboards steer away from the driving rhythm. Edwards and Michaels' lead vocals work great together live -- their training and earlier studio experience showing well -- and the whole band tackles the spirit of the times to a T. Two standout performances are the one-two punch of "The White Ship" and "At the Mountain of Madness," both of which also make for the perfect tribute to the original Lovecraft himself. Occasional introductory comments surface from Edwards, but otherwise the five just get it all together and take off -- and do so quite well.
by Ned Raggett 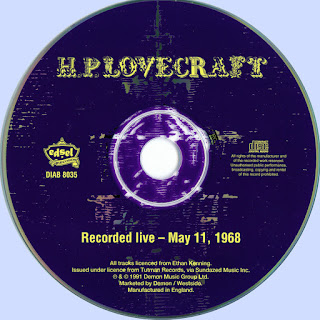