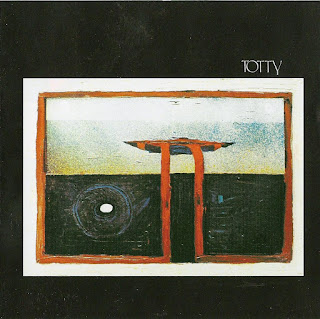 Totty formed 1975 in Tulsa, Oklahoma, USA by brothers Dennis and Byron Totty. A Christian Hard Rock trio, with a tight rhythm section, hard and powerful with great songs like the 8-minute "Somebody Help Me" or the early Prog Rock "Crack In The Cosmic Egg", if you like the so-called underground 70's Hard Rock, then Totty is for your tastes. If you like heavy guitar sound from the 70's then this is for you, or if you like bands like Montrose, Granicus or Nitzinger then you will love them.
This blasting album was originally recorded in 1976 in promo format (white cover) and in 50 copies only, for promotional-advertising purposes only. In 1977 it was released regularly in record stores, with a changed cover by an independent record company, of course it did not have any huge commercial success, the usually result for independent self-financed productions. After years the collectors of forgotten vinyl found it and it came back in part, the original vinyl copy costs around 250-300 euros, while the reissue costs 20.
Totty's influences are plentiful, most often reminiscent of bands such as Led Zeppelin, Lynyrd Skynyrd and ZZ Top, but also bands such as Outlaws, Cain, Truth & Janey or Missouri. So it is a power-trio that plays hot hard 70's Hard Rock with some Boogie, Psych Rock and Prog Rock, but also Southern Rock music passages. This is a really good Hard Rock album, sometimes its sound is very heavy and with a hard approach, the vocals sound a little weird, hoarse and rough like those of Ted Nugent.
Oklahoma Desert Totty give us an intensely Hard Rock album with songs like "T-Town Teasers", "Crack In The Cosmic Egg", "Somebody Help Me" and "Wicked Truth", which sound like to have come straight from the records of the biggest and most remarkable bands of that era. It keeps the flame of the hot 70's burning inside. A reliable cult obscure Hard Rock album. After another album, "Too", which is less harsh than its predecessor, the Totty finally disbanded in 1981. In 1994 brothers Dennis and Byron Totty returned to the music scene with the EP "Rock-n-Okie Roll", but under the name Totty Brothers.
by Elias Kostopoulos 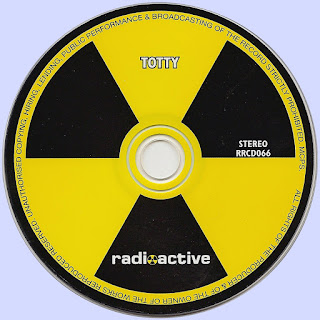