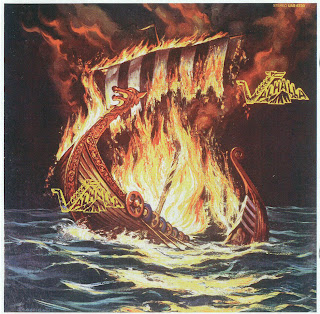 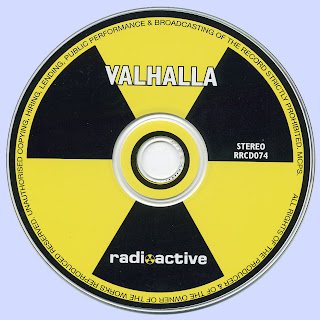 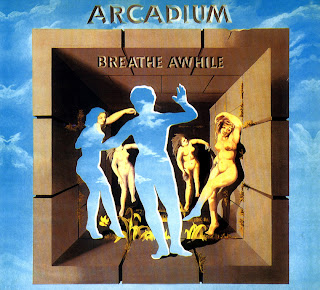 Arcadium was another list of obscure British psychedelic bands. They had their start playing at such clubs as The Middle Earth (where every act you can imagine from well known, like Pink Floyd, to little known acts like Writing on the Wall, Wooden O, and Tam White were seen performing there). A small label called Middle Earth, who released only five albums, (one being a compilation called Earthed, another by Writing on the Wall called The Power of the Picts which I have reviewed here) released Breathe Awhile their one and only LP.

The vocals are a bit sloppy, but nothing that I find particularly bothersome. The album opens up with the 11:50 minute "I'm On My Way". Starts off slowly, with some psychedelic vocals, eventually the band starts jamming and it gets more intense as it goes on.

"Poor Lady" is a short piece, but it's such a cool piece, very catchy piece as well. The 7:34 "Walk on the Bad Side" starts off more in the psychedelic pop side, but don't let that deceive you, as the music keeps getting better and better and more intense, and the pop style was pretty much thrown out the window after a couple minutes!

"Woman of a Thousand Years", not to be confused with the Fleetwood Mac song found off their album Future Games (1971), it's a totally different song. This piece bears passing resemblance to Van der Graaf Generator (although the only album VdGG had released at the time was The Aerosol Grey Machine), especially in the organ and almost Peter Hammill-like vocals. But of course, the music is nowhere as complex as VdGG is known for.

The next two cuts, "Change Me" and "It Takes a Woman" might not be as catchy as say, "Poor Lady", but they're still excellent cuts. The album closes with the 10:17 epic, "Birth, Life and Death" where the bands gets in to more killer jams, with some more great psychedelic vocal passages.

While the original LP is very hard to come by, Repertoire Records in Germany had reissed this on CD with two bonus cuts, "Sing My Song" and "Riding Alone", both originally appearing on a single the band put out the same time as Breathe Awhile, which compliments the album very nicely (as the music pretty much in the same vein). Another totally obscure gem worth looking in to!
by Ben Miler 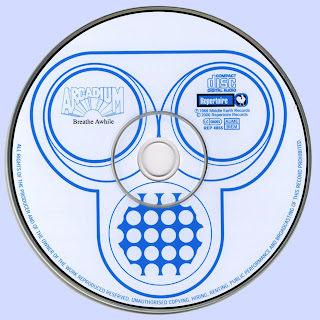 Free Text
Text Host
Posted by Marios at 6:02 AM 4 comments: