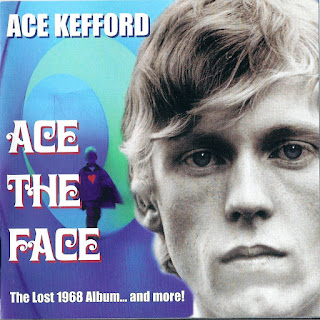 Chris "Ace" Kefford played a major part in forming the Move in 1966 and was their bass guitarist until 1968. He shared lead vocals on some of the Move's records including the hit singles 'Night Of Fear' and 'I Can Hear The Grass Grow' while his on-stage presence and charisma contributed much to the band's early success.

Ace Kefford's career in music began in the early 1960s when he played in various bands like 'The Jesters' who backed influential Birmingham vocalist Danny King and Ace later joined Carl Wayne and The Vikings. Ace Kefford was 19 years old when he formed The Move along with Trevor Burton, Roy Wood, Carl Wayne and Bev Bevan. Despite the band's success, Ace Kefford became a casualty of those crazy times and was forced to leave The Move after having a nervous breakdown in the wake of a package tour alongside The Jimi Hendrix Experience and The Pink Floyd.

Since his departure from The Move, Ace Kefford has become easily the most enigmatic of the Brum Beat performers from that era. If the Pink Floyd's Syd Barrett was placed at one end of the scale and the Rolling Stone's Brian Jones at the other, then Ace Kefford was at the center - successfully traversing the tightrope that divides madness from extinction - although at a price that would devastate his mental health for years to come.

Despite getting involved in various projects after leaving The Move such as recording tracks for a solo album and forming his own line-up called 'The Ace Kefford Stand' that included legendary drummer Cozy Powell, Ace could not escape the demons that almost destroyed his life and alienated him from friends and family. Alcohol, drugs, suicide attempts and time spent in mental institutions were for many years, just "a day in the life" of Ace Kefford. Fortunately, Ace eventually came to grips with his illness and today leads a much calmer life while finally getting the recognition his talent deserves.

Prior to the release of Sanctuary Record's 'Ace The Face' CD, the only chance to hear any of Ace Kefford's post-Move recordings was the rare 'Ace Kefford Stand' or 'Big Bertha' singles from 1969 if you were lucky enough to find a copy. Electric Light Orchestra archivist Rob Caiger recently discovered the master tapes for Ace Kefford's unreleased 1968 solo album while compiling material for future Move/ELO re-issues. The tapes - long thought lost or destroyed - now form a major part of this Ace Kefford compilation.

While some of the tracks sound unfinished, Rob rightly decided they should be issued "as-is" so with the assistance of Ace Kefford himself - who oversaw all aspects of the CD's production - the original multitracks were re-mixed and digitally mastered to high quality audio for inclusion on this new compilation.

The "lost" Ace Kefford album was originally recorded with future T-Rex and David Bowie producer Tony Visconti who had previously worked with The Move as orchestral arranger on their 'Flowers In The Rain' hit single. While Visconti chose most of the songs to be recorded including the excellent 'Oh Girl' (an obvious choice for a single) and Simon & Garfunkel's 'Save The Life Of My Child' (which features guitar by Jimmy Page), Ace also recorded some of his own compositions.

Some of these such as 'Trouble In The Air' and 'Step Out In The Night' sound like Move demos and would have made worthy additions to the group's recorded catalogue at that time. Regrettably, Ace Kefford's song-writing efforts while in The Move were apparently not encouraged which gave Roy Wood almost a total monopoly as the group's composer until the later arrival of Jeff Lynne.

Other Ace Kefford compositions from his abandoned solo album, like the acoustically-inclined 'White Mask' and 'Holiday In Reality' convey a sense of intimacy reminiscent of Cat Stevens records. Ace Kefford's high-range vocal style has been compared favorably to the Spencer Davis Group's Steve Winwood who Ace claims was a major influence. Sadly, Ace suffered a breakdown during the recording sessions and walked out, thus forcing the album's cancellation. The inclusion of the improvised 'Happy Hour' - a light-hearted track likely never intended for release - gives the impression that at least some of the sessions were a good time for those involved.

As well as the lost Ace Kefford album, the new CD has recordings by the Ace Kefford Stand - a band put together by Ace and the brothers Dave and Dennis "Denny" Ball along with drummer Colin "Cozy" Powell from Young Blood. Dave Ball was lead guitarist with a West Midlands band called 'The Madding Crowd' and later joined and recorded with Procol Harum. Denny was previously bass guitarist for Danny King's Mayfair Set which had future Move member Trevor Burton in the line-up.

Cozy Powell fans will no doubt want to hear these tracks which feature excellent performances combined with Ace Kefford's distinctive vocals. Rob Caiger included their inventive and powerful arrangement of the Yardbirds 'For Your Love' as a stereo mix but perhaps the most telling track is the group's self-composed 'Gravy Booby Jamm' in which Ace's harrowing vocal proclaims "I lost my head again..." - stark contrast to when he sang "Get a hold of yourself now..." on the Move's I Can Hear The Grass Grow.

In addition to the inclusion of their hard-to-find Big Bertha single 'This World's An Apple', Denny Ball contributed previously unreleased recordings from his private collection including a fantastic cover of Steppenwolf's 'Born To Be Wild'. The tracks all feature brilliant musicianship from Dave and Denny Ball which combined with Cozy Powell's powerful drumming, is reminiscent of Eric Clapton's 'Cream' at their best while also pointing towards an instrumental powerhouse which indeed they later became.

Another great addition to the CD are two ultra-rare tracks from Ace Kefford's aborted 'Rock Star' project from 1976. If any further proof was required regarding Ace Kefford's song-writing ability then this is it. The deeply personal 'Mummy' and 'Over The Hill' (turn the volume up to 11 for this one!) bring to mind classic-era Mott The Hoople or David Bowie - ironically the man who suggested to Ace Kefford and Trevor Burton back in 1965 that they should consider forming their own band.

The collection is completed by the addition of the Ace Kefford composition 'William Chalker's Time Machine' as recorded by the Brum band The Lemon Tree from early 1968. This track is considered by some to be the finest record The Move never recorded, although it was at least produced by Trevor Burton with the assistance of Amen Corner's Andy Fairweather-Low. Despite the publicity surrounding the release of the Lemon Tree record, the group were unable to manage a chart placing, although drummer Keith Smart later joined Roy Wood as a member of Wizzard.

Sanctuary Records' Ace The Face CD comes with a 10 page booklet filled with extensive notes and rare photos. The text also has Ace's own recollections about the songs he recorded for the lost 1968 solo album. To find out more about this great collection or to order a copy of the CD on-line, go to Ace Kefford's official website at www.acekefford.com which is maintained by Lynn Hoskins and has all the latest news about Ace as well as rare photos and music samples.
Brumbeat 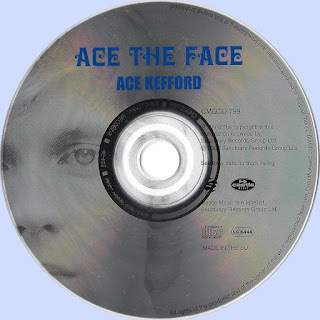