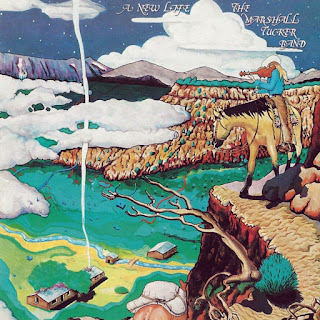 Perhaps the only reason that New Life isn't quite as memorable as its self-titled predecessor is that the band's debut was just so startling when it appeared. By the time New Life was issued in 1974, to the band's credit, it seemed like the Marshall Tucker Band sound had always been a part of America's rock & roll scene.
New Life is earthier than the first album, and country music is less layered over by the trappings of jam-band rock. "Blue Ridge Mountain Sky" is only eclipsed by Dickey Betts' "Ramblin' Man" as the ultimate road song from the period. Likewise, the pedal steel blues of "Too Stubborn" echo an earlier era altogether, as the ghost of Bob Wills comes into Toy Caldwell's songwriting.
The whining guitars and lilting woodwinds of the title track bring the jazzier elements in the band's sound to the fore and wind them seamlessly into a swirling, pastoral country music. The Muscle Shoals horns lend a hand on the Allman Brothers' Brothers and Sisters-influenced "Another Cruel Love," and guest Charlie Daniels' fiddle cooks up a bluegrass stew on "24 Hours at a Time." The sound is fantastically balanced and warm, and like its predecessor, this album has dated very well.
by Thom Jurek 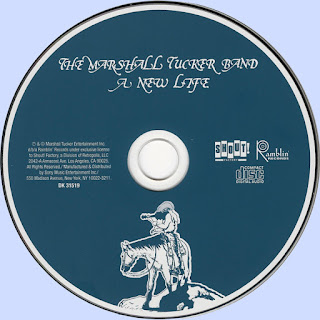