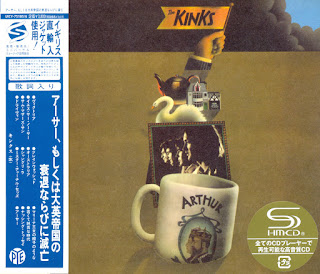 It's all over for England. They've had their history and it's been written in books; they've fought their wars and buried their heroes. The English have owned the world and jettisoned their empire, and all that's left is — rock and roll. "England has got all the bad points of Nazi Germany, all the pompous pride of France, all the old fashioned patriotism of the old Order Of The Empire. It's got everything that's got nothing to do with music . . . the poxy little shit-stained island." So said Pete Townshend.

And the Kinks' answer, like the Band's answer to the American questions, is that a band makes its music out of whatever history has to offer. Arthur has the same guts as the Band's new album, that same reach back into the past, the same sense of age — like the Band, the Kinks can play the role of man near the end of his life when they themselves are merely in their twenties. Arthur is more fun, more cutting, and in the end simply hilarious because whatever England was, it isn't any more, and the Kinks are set free of all responsibilities. Christine Keeler died for their sins.

The Kinks are fun. Ray belts out "Victoria," and manages to sound pompous and fat — just like the girl herself — while doing so. The band drops off all restraints and finally performs like a real rock and roll band instead of like a bunch of old ladies. Dave Davies takes solos with delightful horns as a back-up, not to display virtuosity (which he has) but because the songs are too much fun to stop. On "Mr. Churchill Says" the band moves effortlessly into a three or four part number, changing the tempo, the mood, and the melody while never losing a superb dancing beat. Many of the songs display that sort of genius: "Shangri-la," "Australia," and more. The complexity of the compositions doesn't intrude because these delights are composed, not constructed, as were "Happiness Is a Warm Gun," "A Day in the Life," or the collages on Abbey Road. The music's like a verbal and instrumental jam session with divine inspiration as a rhythm section.

The music will move anyone who listens, because there is such an enormous mount of pathos in what Ray Davies has done. He's presented the last hundred years of English history through the eyes of one little man who never meant a thing to the rest of the world — as if Sinclair Lewis had followed Babbitt from birth to death and then made it into a musical comedy.

Less ambitious than Tommy, and far more musical — no fillers, no waste tracks, not a matter of ideas but of perceptions worked out by bass, drums, voices, horns and guitars — Arthur is by all odds the best British album of 1969. It shows that Pete Townshend still has worlds to conquer, and that the Beatles have a lot of catching up to do.

Perhaps a week or two ago, a very wise kid shuffing about in an old pawn shop was approached by an aging but slick pawnshop keeper. The old man watched with amusement as the young longhair looked through all the shiny and not so shiny instruments hanging in the yellowed window and stuffed into the backroom.

"What can I do for you, young man," the keeper said, rolling back on his heels, his hands in his pockets, the standard toothpick hanging out of the corner of his tight dry lips.

"Looking for something to play," the kid answered with nary a glance up to the sly old man. The kid's fingers were busy threading their way into the darkest recesses of all the back corners of the room, in quest of some forgotten treasure.

"Ah," the shopkeeper smiled, rolling his eyes toward the ceiling. "A tuba; perhaps, so you can join the high school band." He paused chuckling for a second, and then leaned forward, his sallow eyes quickly ablaze, his voice close and whispering loudly. "Or a guitar, an electric guitar, a Gibson Les Paul so you can make loud noises and maybe next week be a big star? Eh?"

The kid pushed the hair out of his eyes and grimaced at the pawnshop keeper. "No," he said.

"No? That's not it?" The old man drew back askance. "You don't want to learn to play the guitar?"

"Naw," the kid answered without any apparent interest, adding what seemed mere token explanation. "A lot of guys can play the guitar, and play it real well." He was silent for a moment as his hand settled gently on an old red Les Paul Junior. The kid turned, looked up at the aging keeper, and said in a very strange and remorseful voice, "What's the use anyway? And ten years after what could I do that a million guys can't do now?" The kid smiled, obviously struck by something he had said. "Ten Years After. Ha. Isn't that funny. I'd almost forgotten." And he laughed once more.

"Ha. Do you know what I said? Do you know that last week I was really tired of listening to the guitar, no matter who was trying to get it on?" The hair settled back over his eyes, and the old man drew his hands from his pockets and cocked a thick finger under his chin. "Clapton, B.B., Page, all of them. The same old stuff. They weren't moving, ya know? Refinements, not extensions. I really thought the days of the guitar were numbered." The kid picked up the smooth red axe and plucked the metal strings lightly. "Then I heard the new album."

"What?" The man looked around suspiciously. "When? Who?"

"Ten Years After?" the old man asked, furrowing his eyebrows. "And whom pray tell is that?"

There was a singularly long pause, with not so much as the blinking of an eye. The boy lowered the guitar to its resting place, and then added his last words.

The boy smiled at the old man for the final time and turned toward the front entrance. Just before closing the door, he paused and looked back in, still smiling, and said, "What's left for me to do but pass the Word? Why do I have to play? Why does anyone? It's already been done."

He closed the door and slipped out, humming an Alvin Lee run. A passing freak and businessman both nodded.

"Mellow," they said in unison.

And as they moved by one another, the kid hoped that they understood, and were not just talking as so many are prone to do.
by J.R. Young,  November 1, 1969 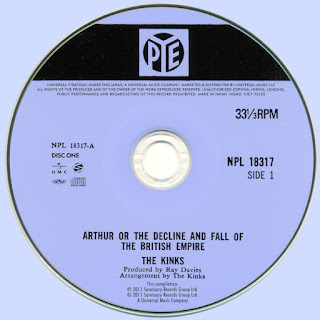 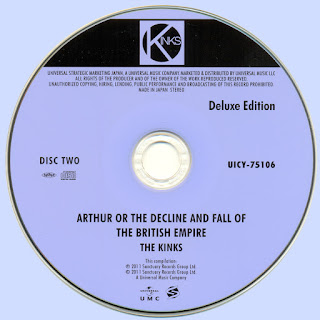