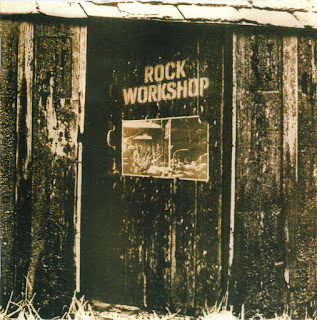 Several were involved in other, simultaneous projects, notably solo albums by Downes and Russell and session appearances for albums at that time by Jack Bruce, Keef Hartley and Harvey. Wadsworth and Parkes appeared on the latter’s solo album, Roman Wall Blues, and Harvey who appears on just four of the eight songs on its debut album, but the presence of both a couple of subsequently familiar songs and a vocal workout to rival anything on Framed or Next establish them among his finest performances.

A savage rearrangement of the traditional "Wade in the Water" and his own (with fellow Workshop-per Ray Russell) "Hole in Her Stocking" are both bruising R&B stampers, punctured by howling horns and a guitar riff, in the first-named case, that could have escaped from "Walk Don't Run," Blood, Sweat & Tears-style. Harvey himself is in breathtaking form, utterly undistinguishable from the showman who brought listeners "Vambo," and the only regret is that he is confined to just the four songs -- the remainder of Rock Workshop, while certainly a blistering blur of hot and sweaty jazz-soul-boogie, also sinks into anonymity by comparison, just another white English fusion band honking and stomping around the room. Indeed, there are moments when the sound effects that open and link the songs are more interesting than the songs themselves.

Nevertheless, Rock Workshop remains a key passage in Alex Harvey's career, all the more so in its 2002 CD incarnation, where the original LP is appended by half a dozen bonus tracks, including alternate takes of "Hole in Her Stocking" and "Born in the City," plus a couple of songs that didn't make the album itself. (Despite the track listing's claims to the contrary, incidentally, Harvey does not sing the prettily Traffic-like "Primrose Hill.")
by Dave Thompson 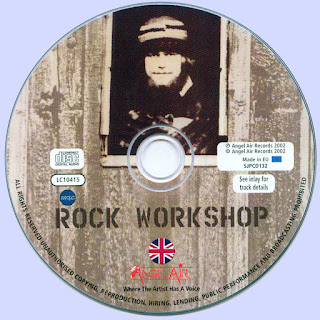