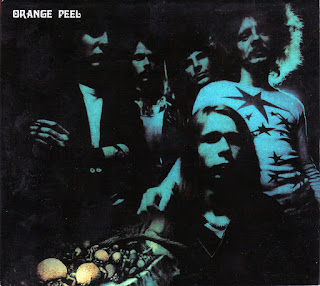 Orange Peel's first single "I Got No Time" / "Searching For A Place To Hide" (not including on their full length debut release)  featured Michael Winzkowski (also of Nosferatu and Epsilon), and they proved quite seminal, with Heinrich Mohn later following Winzkowski to Epsilon, Peter Bischof moving on to Emergency, and Curt Cress becoming amongst the most prolific of drummers. Orange Peel's LP was amongst the most psychedelic of heavy progressive albums, not least side one's opus "You Can't Change Them All", a veritable masterwork of heavy riffing organ rock, kind of Egg and Pink Floyd jamming Krautrock style, featuring vast guitar excursions, and Peter Bischof's gutsy blues vocals.

And then there's "We Still Try To Change" encompassing half of the second side, which trips out beyond the realms of side one's opus, The odd track out is an unusual arrangement of "Tobacco Road".

The  album is not only one of the earlier heavy krautrocks efforts, but also of great historical interest. It´s one of the first albums to be made in the legendary Dierks Studio in Cologne and also marked the start of then 17 years old drummer Curt Cress. The music on the album belongs to the category of vintage progressive rock with a lot of extended instrumental solos, not leased on "You can´t change them all" covered the whole side one of the original album (now completed with the 7" track "I Got No Time").

Orange Peel offers everything an album from this genre should... crazy frenzied guitar work , heavy organ whisps and tons of nice heavy keys, mind altering music and instrumentation, with great drum and bass interplay all creating a true heavy psychedelic monster. Four long exploratory tracks with tons of vintage keyboards creating a wonderful wall of sound. This is a classic album of the early krautrock era. 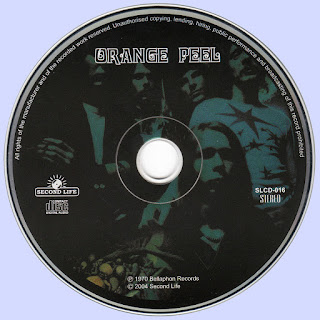 Free Text
the Free Text
Posted by Marios at 8:33 AM 1 comment: