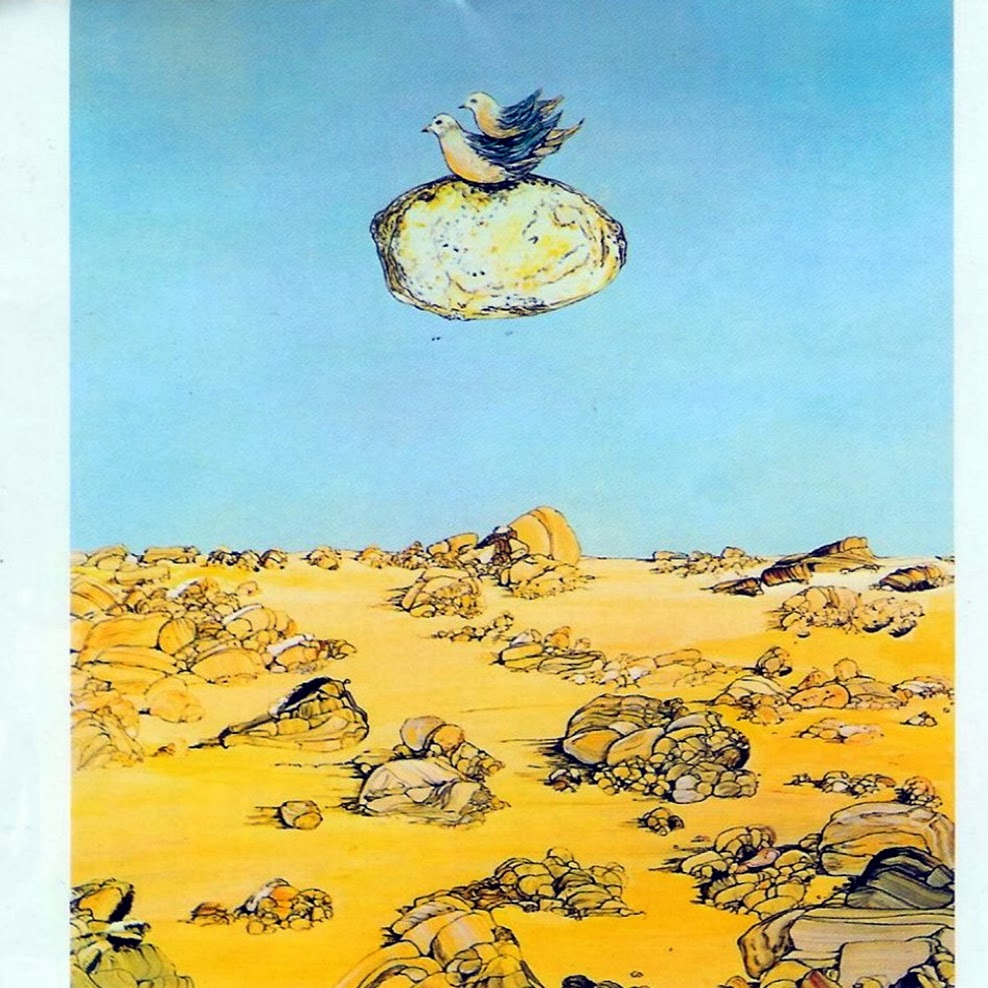 Donovan In Concert: The Complete 1967 Anaheim Show is an expanded version of the Donovan In Concert album released in 1968. This version includes 4 unreleased tracks from the concert. There are other four tracks that weren't included in the older version, but were released previously in the 2005 compilation Try For The Sun: The Journey Of Donovan: Epistle To Derroll, To Try For The Sun, Someone Singing and The Tinker And The Crab. Mixed by Peter Mew at Abbey Road Studios, London, September 2005.

Catch The Wind could not be recorded completely due to a machine problem, so just the second half of the song was recorded. The edition of the songs differs a bit from the 1968 version, changing the parts where Donovan talks between songs from the begining of a track to the end of the previous track. The version of Preachin' Love is 4:32 minutes longer than the one in the 1968 release, where they edited the sax and drums solo, maybe to fit in the vinyl record.

The sax part at the end of Mellow Yellow is longer than the 1968 version. The front cover is almost the same as the one in the original released, except the title is written on the left side. The original back cover (with a picture by Stephen Goldblatt) passed to be part of the booklet, and on the back cover is the track list and a picture of Donovan in white clothes playing guitar surrounded by flowers.

The concert was introduced by radio personality Rhett Walker, who makes a little introduction, saying the famous phrase "Welcome to the phenomenon of Donovan". On this version he's introduced by an unkown man. Walker describes an anecdote that had happened a few weeks before at the Hollywood Bowl Concert, and then hands the proceedings to Donovan's father, Donald Leitch:

It's a very widespread belief that the Anaheim Concert was recorded on September 23, 1967, but it's a confusion. On September 23rd Donovan played the Hollywood Bowl Concert, to which Rhett Walker refers in the introduction. In the paperback edition of Donovan's autobiography The Hurdy Gurdy Man there's a picture with the description: "The Hollywood Bowl, November 17th 1967".

The place is correct, but the date is wrong, according to the person who took the photograph, Susan Geary, there were no pictures available from the Anaheim show, so they used pictures from the Hollywood Bowl for this album.

Donovan played a few songs still unknown to the audience: for example, Poor Cow (introduced by Donovan as Poor Love, its original title, which was changed when the song appeared in the film Poor Cow), Pebble And The Man (later to be re-worked as Happiness Runs in the Barabajagal album, that's why Donovan says he still doesn't know the name of the song) and the special track, Rules And Regulations, which would never be recorded again. He also plays songs of his up-coming album at that time, A Gift From A Flower To A Garden, which was released later in December 1967.

Donovan played with a group of musicians that had recorded with him on his previous albums, including flautist Harold McNair and percussionist Tony Carr: both create an outstanding atmosphere in Preachin' Love. A small part of the show is backed up with a string band to which Donovan refers to as The Flower Quartet. The concert was recorded on a four-track machine.
Donovan-unofficial

Finally. This 1967 concert recorded at the Anaheim Convention Center, just a few weeks after his Hollywood Bowl show, was recorded in its entirety and released as a single LP with a total of 14 tracks. This double-disc CD reissue contains 23 tracks, and is, as it survives, the entire gig. In addition, the sound has been painstakingly remastered; the result is a brilliant sounding document.

Flow in a Donovan concert is important, and here, presented as it occurred, listeners can drift right into the tidepool of magic. The band is a quintet with Harold McNair on flute and saxophones, Loren Newkirk on piano, Andy Tronosco on upright bass, Tony Carr on drums, and John Carr on bongos. Donovan plays acoustic guitar throughout. The hippy mysticism and flower power poet is everywhere here.

This isn't rock star excess at all, but an organic, drenched-in-sunshine concert full of gentleness with a premium on good vibes. Tunes not on the original LP and CD issues include "Sunny Goodge Street," "Epistle to Derroll," "Sand and Foam," "Hampstead Incident," "To Try for the Sun," "Someone Singing," "The Tinker and the Crab," and a partial recording of the second half of "Catch the Wind," which was included for purposes of completion, but was marred by a malfunctioning tape recording.

Donovan was already an expert at getting audiences to eat out of his hand, and here that happens in spades. In fact the only album that comes close to having the flow of this concert was the studio recording of Van Morrison's Astral Weeks. While it's true this is only available as an import, it should be sought out by any fan, or, for that matter, any cynic who hasn't heard this particularly beautiful and airy genius of Donovan Leitch. With this presentation, Donovan In Concert becomes one of the great live albums of the '60s.
by Thom Jurek 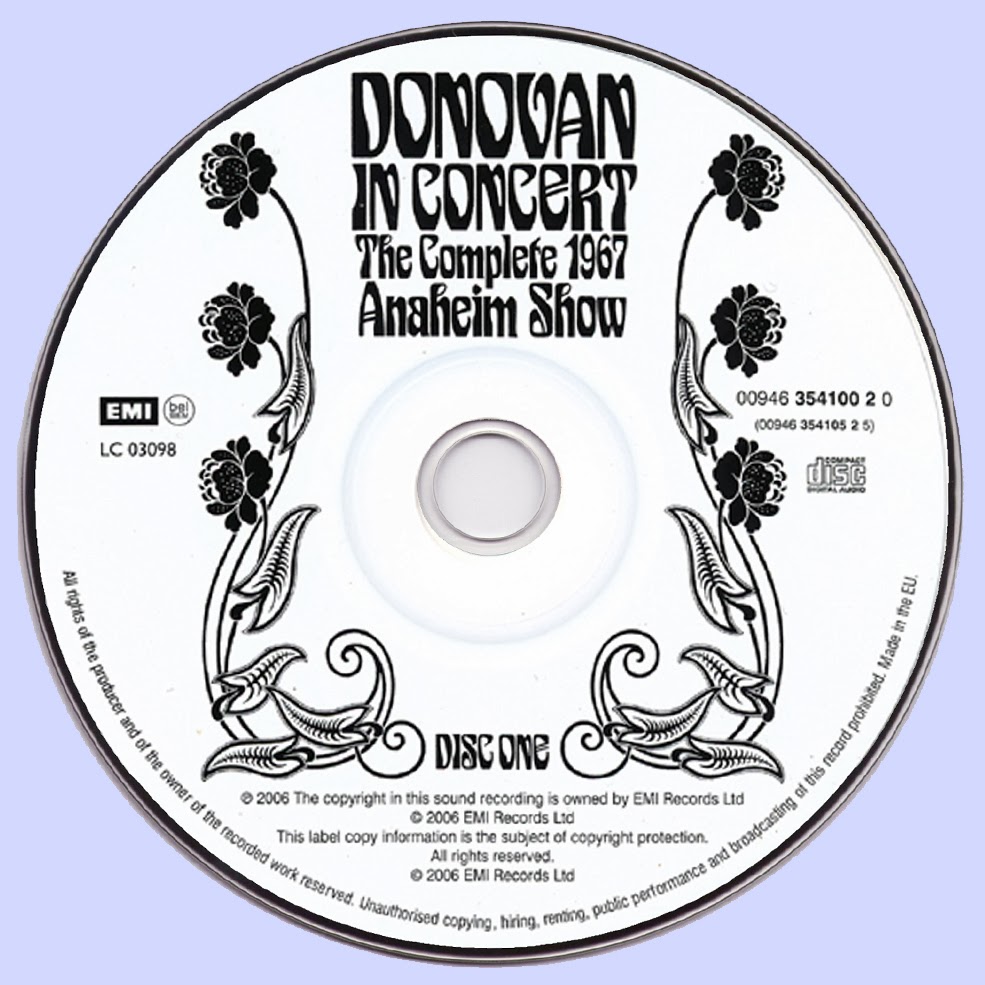 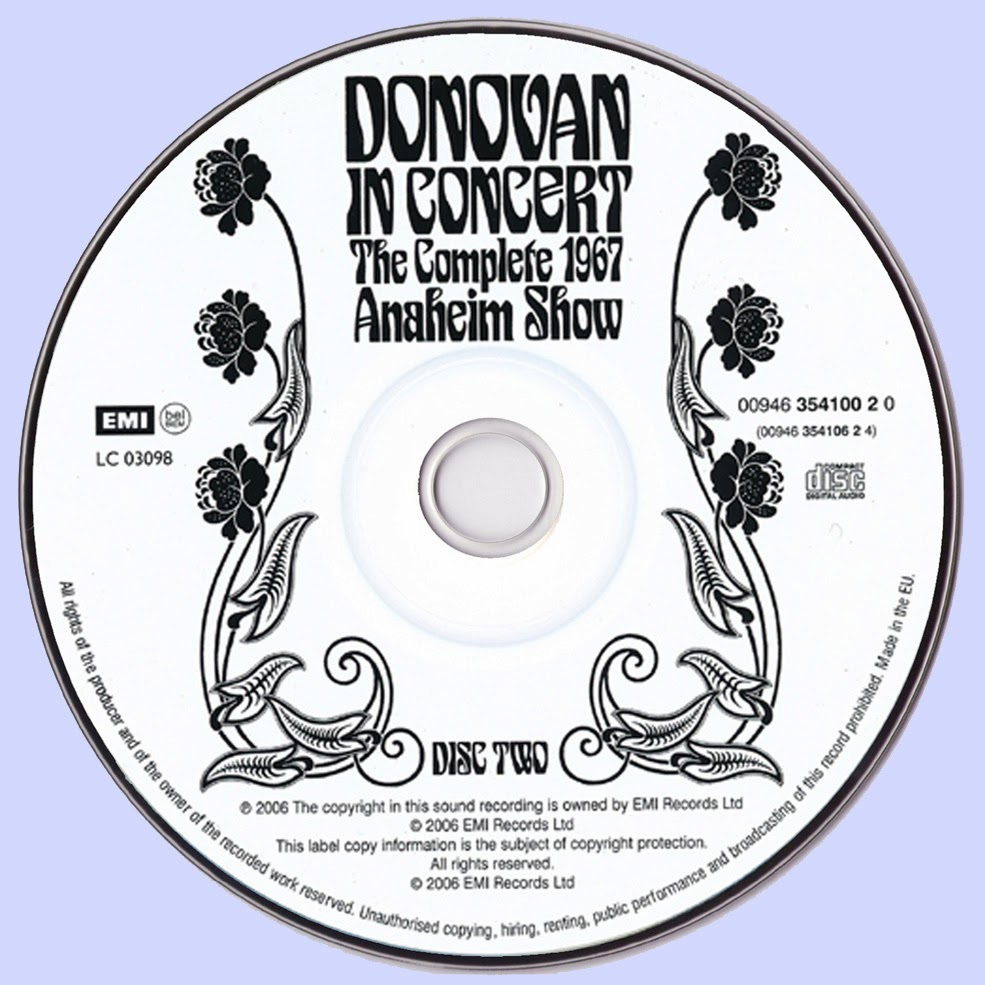