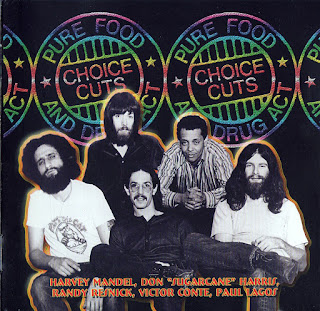 Formed in 1969 by the laidback but supremely talented violinist/vocalist Don ‘Sugarcane’ Harris (b. 18 June 1938, Pasadena, California, USA, d. 30 November 1999, Los Angeles, California, USA), Paul Lagos (drums) and Larry Taylor (bass), all three respected sessionmen who had recently worked with UK guitarist John Mayall. They were joined in Pure Food And Drug Act by Randy Resnick (b. 1947, Minneapolis, Minnesota, USA; guitar), but Taylor elected to leave within a few months of the band’s formation to resume his career with Mayall. He was replaced by Victor Conte and at the same time guitarist Harvey Mandel (b. 11 March 1945, Detroit, Michigan, USA) was brought in to augment the line-up.

Their sound deftly combined jazz and rock and was best experienced live, where the improvisatory nature of the band came to the fore. The band released one album, recorded live in Seattle in 1972, but Harris’ unreliablity and a series of line-up changes effectively scupppered their chances and they broke up the following year. Conte went on to play with Tower Of Power, Mandel and Harris went solo, Resnick joined Richard Greene, while Lagos, almost inevitably, began working with John Mayall.
All-Music 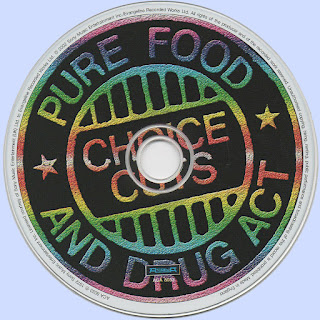