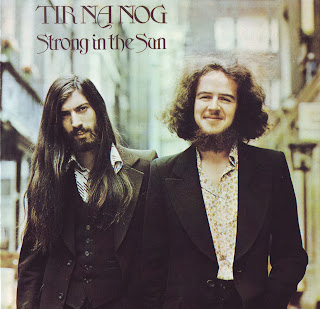 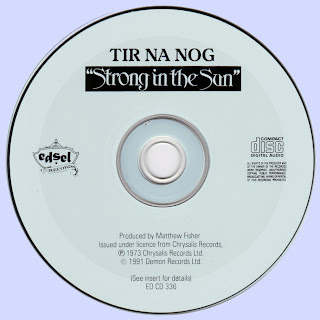 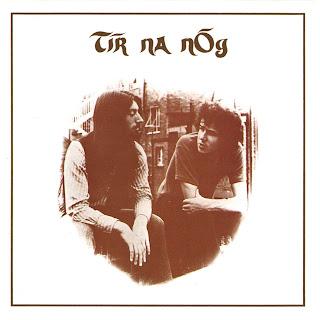 Tír na nÓg was a mellow hippy folk duo formed in Dublin by Sonny Condell and Leo O'Kelly in late 1969 or early 1970. They took their name from an island in pre-christian Irish mythology where people remained forever young. "Tír na nÓg" literally translates as "Land of the Young".

They met in the highly active folk club scene in Dublin in 1969. Sonny Condell, from Wicklow, had previously been in folky duo Tramcarr 88 who scored a minor Irish hit in 1968. In 1964, at the age of 14, Leo O'Kelly from Carlow began playing in a local showband called The Tropical Showband, before graduating in 1967 to psychedelic band The Word. In 1969 he began playing the folk clubs in Dublin and replaced Donal Lunny in the Emmet Spiceland with whom he toured in Britain, Europe and North America.

Although influenced by traditional music, the duo played modern acoustic folk music, becoming more rock-oriented over time. Both Condell and O'Kelly were strong songwriters and their songs (written separately) complemented each other well. While not obviously as touched by otherness as more adventurous Dublin contemporaries Dr. Strangely Strange, the songs are offbeat and unusual, always melodic but with playful deviations and an element of whimsy. They developed a unique, immediately recognisible approach in their early days, with judicious use of exotic instruments supplementing the basic two acoustic guitar format.

They travelled to London to try to secure a record deal and succeeded within 2 weeks, signing with Chrysalis Records, even though they'd already been turned down by parent label Island!

Between 1971 and 1974, Tír na nÓg released three albums on Chrysalis and gigged heavily in Britain and Europe, alternating between the small folk clubs and playing support in larger venues to bigger names such as Jethro Tull, ELP, Procol Harum (all on the Island/Chrysalis roster), The Who, Steeleye Span, and Hawkwind to name a few. The built up a devoted following in the UK and Ireland and had a strong supporter in BBC Radio's John Peel, but they never quite managed to breakthrough to a wider audience. There are moments of greatness spread across their three albums but they never quite made that one classic album.

The eponymous debut is their most acoustic album, featuring complex, intricate guitar playing. It was produced by legendary folk producer Bill Leader. It has been compared favourably to Pentangle, The Incredible String Band, Magna Carta, Fairport Convention and Fotheringay. The response to the album was encouraging -- it was Melody Maker's Album of The Month on its release
Irish-Rock 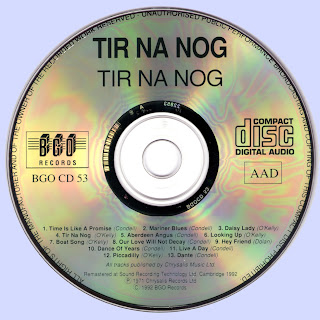