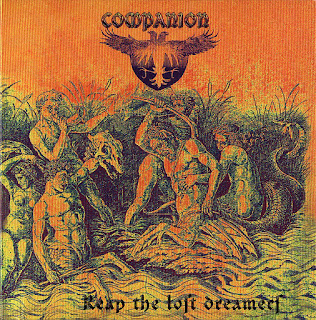 After the release of Leviathan's self-titled album, some elements of the band were continued under the name of Companion, led by Wain Bradley, Brit Warner & Mike Russell, who went on to release their one & only album, 'Reap Of The Lost Dreamers' (1974) - a mosaic of inspired vocal harmonies & fresh Tennessee psych. An obscure gem ready for rediscovery! Also includes the bonus track 'Anytime, Anywhere'.
When Grady Trimble decided to leave the band and go home, we needed a guitarist. I had played with Brit Warner in the Changin Tymes and I knew what a great player and singer he was. So the last 6 months we worked as a band, Brit folded in. Musically, it was the best we ever were. Brit was a much more versatile player and was a quality singer. Between Pete, Brit and myself, our vocals could stand with anyone. By then however, to many damaged egos and the band was over.
Brit and I had been talking and writing music, and we wanted to create a project with other invited players. After Leviathan, he and I had access to a nice studio and we would go there at night and track our material. What a wonderful, exciting time. We put together this musical puzzle and had no idea what we were doing. We would talk about sounds or effects and then figure out how to create them. Some would just be mistakes when we plugged up something wrong and loved it. Total head candy. Once the material was mixed, we had been approached by some investors in Memphis who liked what we did and they wanted to press an album as a demo to shop to labels. We became Companion and that album became Reap the Lost Dreamers. They pressed a thousand and most were given away or sent to radio stations. We did get good college airplay.
Theband live was very experimental. Lots of vocals, layered guitars and synths. We used massive equipment and had a very melodic sound. Very prog for Memphis.
by Wain Bradley, March 10, 2012 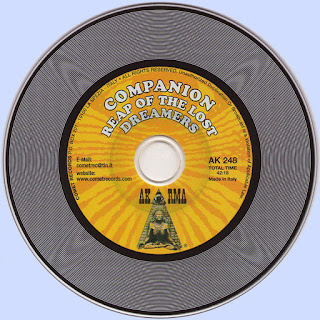