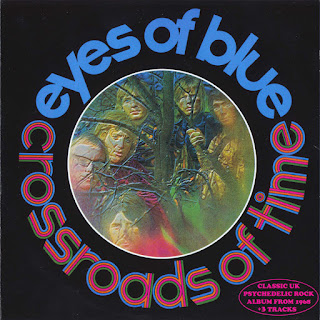 Starting out as a soul-based band from Neath, the Eyes Of Blue gradually turned to the American West Coast sound. All of their recordings are quite collectable.

In collaboration with Quincy Jones they contributed to the 'Toy Grabbers' film score and they later appeared in the film 'Connecting Rooms'. Their albums are diverse with pop, R'n'B, jazz, classical, psychedelic and Eastern influences. The best tracks on the first one are two R'n'B Graham Bond songs (he also wrote the sleevenotes) Love Is The Law and Crossroads Of Time. It also included good versions of Love's 7 And 7 Is and The Beatles' Yesterday. Also noteworthy are their own Inspiration For A New Day and Prodigal Son, which feature some Eastern-sounding psychedelic guitar work.
by Vernon Joynson and Costas Arvanitis 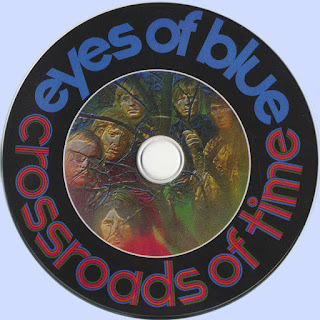 Free Text
the Free Text
Posted by Marios at 9:55 AM 1 comment: