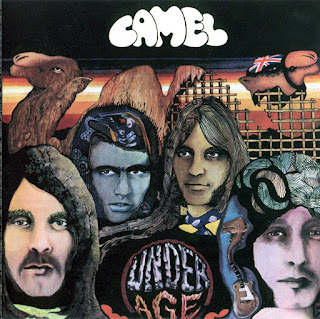 Sopworth Camel  was a rock group formed in Italy in 1969 by four English musicians and is the first band from Italy that might be regarded as a "super-group". The Musicians came to Italy with various groups during the beat era in 60s. Martin Fisher (b.1947in Kingston, London, UK) and Pete Huish came to Italy in June,1966 for a couple of gigs with a band called Thane Russal and Three, where they played guitar and drums respectively. Pete Huish was a great drummer and his style sounds similarly to John Bonham's. One day the guys,  Martin and Pete,  desired to switch to different style than Thane Russal was known from.

Their biography inevitably connects with a guitarist Dave Sumner - a member of  Primitives and Motowns. The Motowns  arrived  in  Firenze, Italy  stright from Liverpool in 1966. Dave was electrifying italian audiences from south to north. After Martin and Pete were through with their original bands, they offered  Dave to join the forces and set up a new group.

As the trio was formed, Martin, a former guitar player, picked up the bass. He played using an octave divider, a stomp box allowing the player to adjust the pitch of the instrument one octave above or below the usual tone. Martin had to go to London to get one of these effects because they were hardly found in Italy. The band was named Sopworth Camel. Pete thought up the name (in London slang - Sopworth Camel = Sopwith Camel). They played their first concert at Piper Club in Rome, Italy  in early 1969.

After that they decided to make the Naples their headquarters. Sopworth  Camel contributed  to Martin's  progress - he developed a unique technique of playing the bass, very rich and ear~catching and, together with Pete Huish, they were able to create such a complex background that Dave was completely free of exploring his guitar style. Many musicians longed to be a part of that trio but only Alex "Eck" Ligertwoodaka  Alex Jackson  (born 18.12.1948 in Glasgow)  managed to achieve the goal. He played in group called The Senate.

They came to Italy in 1968. RCA gave Sopworth Camel an opportunity to record a single and an album. They choose to release a 45 including an italian version of  "Only My Woman"  former recorded by the Marbles  (the title in Italian  was "Sei La Mi Donna"). On the B-side they included Spirit's classic "Fresh Garbage" (1969). Following the success of the 45s, they released a full lenght album called "Underage - dedicated to all those who understand"  in 1969 and 45 with songs from the album,"Mystery Tour / Society's Child". The material recorded at RCA  Studios in Rome in  2nd, 3rd,  9th and  12th,  June,  1969. Woruth noticing - the name of the band is only Camel. In studio they were supported by Gaetano Ria - sound engineer, Tony Mimms who played the piano on a couple of tracks and was awarded with the title of assistant  producer. Actually the band had a complete control over the music and the mix. G. Tosti who was expected to be the musical supervisor never even entered the recording studio! The album cover was drawned by Gordon Faggetter, a drummer of  Cyan Three.

The nine covers featured on the album are taken from their live set and some of them are better than the original versions. The band went on playing gigs in Italy. There were also invited to play abroad. The musicians were also backing vocalists in italian singer Nada's group (there was also Derek Wilson in his band). When Dave Sumner decided to leave the band and came back to the Primitives, Martin and Pete moved to Britain to seek for a new guitarist. In those times Peter Frampton got in touch with them and Frampton made an album under the name of Peter Frampton's Camel. After the concert at Caracalla Pop Festival in October, 1970 Camel disbanded.

After Camel split Martin Fisher came back in Englad untill Dave Sumner offer him to join one of the last Primitives line~up. After a year Dave left the band  and a new guitar player, called Laury, joined the band. Then Martin started playing in the studio as a session man with Derek Wilson, Mike Fraser, Laury and Lally Stott. Then he moved to UK again and played for a couple of years with  East of Eden, recording the album "Another Eden", Pete Huish played with his band in England and Canada. He passed away. Dave Sumner continued his career in Italy with Mad Dogs, West Coast Lizzie, Made in England i Superobots.
Pearls Of Rock, 04.01.2009 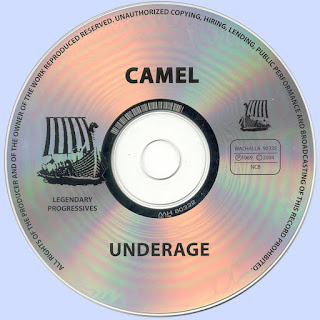 Free Text
Text Host
Posted by Marios at 9:42 AM 1 comment: