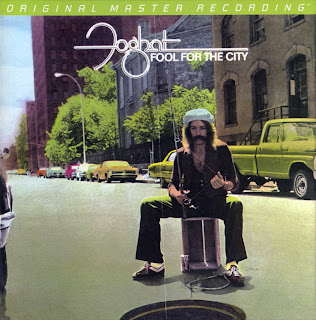 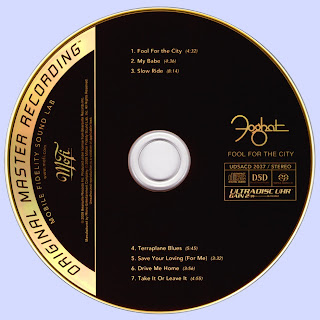 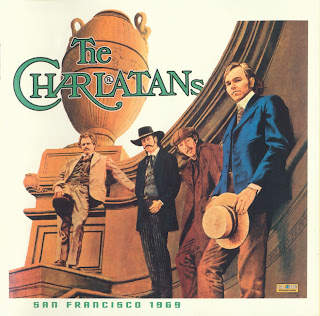 San Francisco, 1969. Speed, smack Altamont. The bloom was off the rose and morning glory that had burst forth with such intense color lust three years before. Jams. Sly. Santana. the Dead and Airplane were nationally known, but locally, on a street level, a scene had soured Moby Grape disbanded.

Tom Donahue resigned as head of Fmundergrounder KSAN. and Bill Graham announced he'd leave the Fillmore West by year's end. A few months earlier, Rolling Stone had run what read like an obit: "The Charlatans. Start of It All, Now in the Dark Hole of Hip."

The Charlatans! The name alone conjures magic to devotees of West Coast 60s rock San Francisco's first long-haired psychedelic band, from Nevada's Red Dog Saloon, in Edwardian, western and Roaring '20s togs, who raided the Cash and Carter Family songbooks to invent "Americana" in '65 (one critic dubbed their sound "Stephen Foster on speed"), who signed a recording contract before anyone else (with Lovm' Spoonful producer Erik Jacobsen and Kama Sutra Records), then negotiated their way out of it with a shotgun and a mindfuck session Those guys.

By 1969. the Charlatans had just about disappeared down the rabbit hole Founding members Dan Hicks and Mike Ferguson had quit, replaced by drummer Terry Wilson and pianist Darrell DeVore. respectively, and, through mutual agree- or disagreement, founder George Hunter was out That left original members Richard Olsen (bass, vocals, woodwinds) and Mike Wilhelm (guitar, vocals) and the two new recruits.

"Mike and I were still trying to hold down the vision of the Charlatans." says Olsen. We still thought we could do something with it. And we'd already put in a lot of time. After the Kama Sutra deal, we had gotten lots of recording offers. George always turned them down because he felt they were never right, never good enough Mike and I were like, 'We should have taken that deal1' Olsen. Wilhelm and the 'new' Charlatans took the offer from Mercury subsidiary Philips Records in 1969 though it paid the quartet a paltry 510,000 advance (a year earlier, Quicksilver Messenger Service and the Steve Miller Band had each made news with S50,000-plus signings).

The Charlatans was recorded over a six-month period at San Francisco’s Pacific High Recorders Olsen recalls the label suggesting an outside producer for the project (one name mentioned was Mac "Dr John" Rebennack). but the group opted for the DIY approach, self-producing with engineer Dan Healy.

While the original lineup had recorded an entire album's worth of material for Kama Sutra, it remained unissued until recently, making The Charlatans the band's official, if late, debut. It's a charmer whose appeal has only improved with age If a bit busy in spots (We overdid the arranging, admits Olsen "There are too many layers of everything"), it carries the feel of a band earnestly trying to put its best foot forward- and it surely captures some of the blue-steel, spur-jangling Wild West rock & roll of the band that captivated crowds from the Avalon and Fillmore stages.

Five songs date from the original Charlatans' set list. Wilhelm's big rustic baritone powers "Folsom Prison Blues" (his voice sounds older than its years and thus plenty credible reading Cash's mean-loser lyrics) and "Wabash Cannonball." Dig the blistering Berry-esque solos Wilhelm tears off as the latter rolls down the track. Olsen wrote and sings the carefree 'When I Go Sailin' By," one of those newmown homages to the music of the 'teens and '20s that made the Charlatans so stylishly unique.

Twirl your straw boater Wilhelm's "Blues Ain't Nothm'" may be busy, but it burns. Rumbling drums gallop up to a blast of brass la sort of double-timed "Hold On I'm Comin'" riff), piano and sax tumble in an agitated spin cycle around the vocal, and Wilhelms guitar hacks through it all like a poleaxe Chaotic climaxes also figure in "Alabama Bound." the Charlatans signature tune and "long song" (every Frisco band had to have one).

This seven-minute version, a group vocal, with Olsen on sax and clarinet, largely resembles the way they played it live from '66 onward: antique and dusty-sounding, frenzied and ominous. ("This next tune." Wilhelm sometimes introduced it, "is a Jelly Roll Morton number that we changed a little well, actually, we changed it a lot. It's in Tibetan modal tuning.")

"Ain't Got the Time" is a newer, almost jaunty folk-rocker from Wilhelm and "High Coin" of course the Van Dyke Parks classic covered by everyone from Harper's Bizarre to the West Coast Pop Art Expenmental Band. The extended coda on "Com" (12-string. sax. guitar accents) makes this one of the more distinctive versions of the tune.

While lighter in tone than the other tracks. DeVore's songs do display a certain pop-jazz flair, tending to pair infectious melodies with adventurous time signatures. The alternately lilting and boogie-woogied "Doubtful Waltz" shifts tempos to good effect, while three-quarter time is used in "When the Movies Are Over." a mock melodramatic tune that, with its oldtimey piano, could've fit snugly into the original band's repertoire.

DeVore's "Easy When I'm Dead" is something of a sleeper. Strong melodic hooks, rhythm stops and Everly harmonies on the chorus keep it interesting, and Wilhelm's guitarring flashes more than a hint of John Cipollma's tremolo-laden style. Despite its strengths. The Charlatans drew a lukewarm response from the record-buying public.

Philips released one single. "High Coin" b/w "When I Go Sailin' By," but apparently did not vigorously promote it. But, frankly, how would a label have gone about marketing the Charlatans' concise, tuneful rockers to audiences who, by 1969. were clamoring for ever more indulgent jams and histrionic vocals, a surfeit of Creams and Lizard Kings9 (This quartet incarnation of the group did play live: Olsen remembers an especially unimpressive Fillmore gig undone by 'freeform" instrumental tendencies and a lack of professionalism.)

The Charlatans called it a day later that year. Olsen promptly embarked on to a three-year stint as general manager of Pacific High studios ("I was the liaison between the studio and the local music community"), where he assisted on Working/van's Dead and albums by Sly, Van Morrison and Quicksilver.

Following some early- 70s traveling (two years in Africa, later some time in Francewhere he busked and tap-danced in the Pans metro), he returned to the Bay Area to form first the Powell Street Jazz Band (with respected alumni of San Francisco's '30s and '40s trad-jazz revivali and then the Richard Olsen Orchestra. He continues to perform with the latter today.

Wilhelm went on to a semi-steady late-70s gig with fellow Friscans the Flamin Groovies (he can be heard on their Now' And Jumpin' in the Night albums) and his own acclaimed band. Loose Gravel. He still occasionally performs in Northern California, where he resides. Olsen and Wilhelm have joined surviving original Charlatans Dan Hicks and George Hunter in periodic reunions, most notably in 1997 at a San Francisco rock exhibit at Cleveland s Rock ‘n’ Roll Hall of Fame.

The Charlatans is a welcome reissue, a document of the doings in a very special place at a very special time. Listen close and you'll catch it
by Gene Sculatti 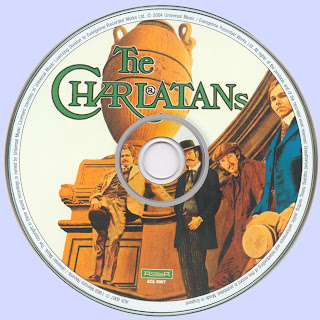 Free Text
Just Paste
Posted by Marios at 5:39 AM 3 comments: