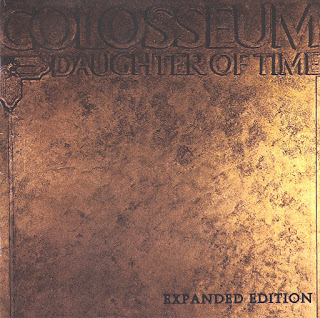 1970's Daughter of Time  is less bluesy, songs sound straighter, more vivid, the production is improved, sorta brightened, performances shine and gleam even when all around is dark.

As guests also appear additional saxist (f), plus brass duo and string quintet on two tracks ("Time Lament" and title song). This gives the sound width, depth and brightness, mentioned earlier, as the brass and string arrangements are demonstrating pristine gaiety. The opener, "Three Scores and Then ..." is straighter, as the openers should be or they usually are. "Time Lament" has so good orchestrated lines that it is rather festival than lament. The best track is "Take me back to Doomsday" with the superb melody and vocal lines, here Dave Clempson sings, fits more to my ears than Farlowe (maybe won't fit to yours, who knows; of course, neither him, nor Farlowe could surpass Hammill or Gabriel, still talking ‘bout my taste, and not anybody elses).

"Daughter of Time" begins with great orchestral part and proceeds rather solemn. "Theme for Imaginary Western" is cover of or is written by Pete Brown, don't know exactly. "Bring Out Your Dead" is great instrumental piece. Track no.7, "Downhill and Shadows", is still very bluesy and I must really "wade" through it in comparison with first six ones. O.K., sax at the begining is great but rest is much predictable. "The Time Machine" (last track) is recorded live and is Hiseman drum solo. Awesome, at least for track length and the endurability of a drummer. "The Rope Ladder to the Moon" and "Jumping-off the Sun" are peak efforts. If the rest of Grass is Greener is third-quarter as good, let's unearth this gem, which still remains un-rereleased and undeservably so.
by Nenad Kobal 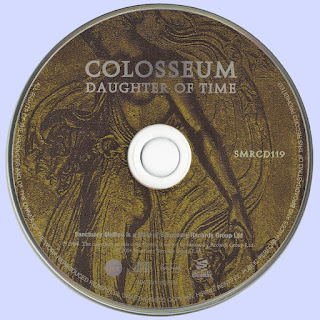