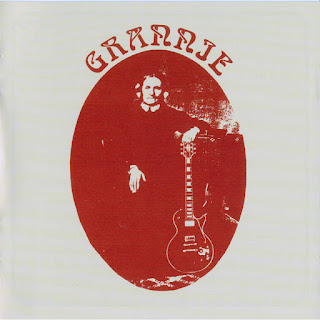 What became Grannie formed around guitarist Phil Newton in 1968/69 and was initially a cover band playing gigs around East London. Newton then began to write for the band and they began to master tracks like Leaving, Romany Refrain and Saga Of The Sad Jester in rehearsals. Around this time, Newton saw an advert in the Melody Maker for an all-inclusive deal at David Richardson’s SRT business that offered 8 hours of studio time, a master tape and 99 finished LPs for £100. A booking was made and the line-up that went into the studio some time in 1971 was Phil Newton (lead guitar/vocals), Dave ‘H’ Holland (bass/vocals), Fred Lilley (vocals), Johnny Clark (drums) and the futures Mrs. Newton, Jan Chandler (flute/vocals).

There was also an appearance by John ‘Stevie’ Stevenson who played keyboards on one track Coloured Armageddon. the band began to play on the club circuit at venues like The Greyhound, The Marquee and even the Roundhouse although their journey ended when all of their gear - including one of the first mellotrons - was stolen

Feverishly sought-after by genre aficionados since its belated discovery in the early 1990s (Record Collector magazine included it in their list of the '100 Most Valuable Records of All Time.') One of the most valuable jewels of the early 1970s British progressive rock scene.'

'This is one of these mega-rare privately-pressed albums which originally only appeared in demo form with just 99 copies being available in a home-made paste-on sleeve. Later a few stock copies found their way into collector's hands. In its December 2004 edition 'Record Collector' valued this item at 850 pounds. The musical menu is guitar-dominated heavy progressive rock but with sufficient melody to make it worth a listen. It contains six cuts in all with Coloured Armageddon, the punchy Saga Of A Sad Jester and Leaving, which had some melodic guitar work, the pick of the bunch.' - Vernon Joynson/The Tapestry Of Delights

'The quality of this unknown outfit's sole album effort is clear. It's guitar-led soft rock, similar in style to Wishbone Ash's debut, with the bonus of a half-decent singer and an abscence of keyboards. One of the rarest albums of the period, and a very pleasant surprise.'
by Giles Hamilton, Galactic Ramble 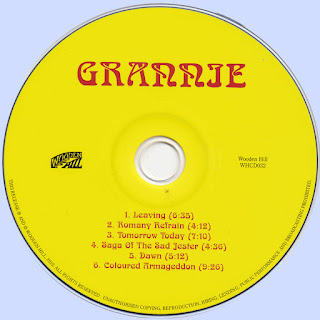 Free Text
the Free Text
Posted by Marios at 7:29 AM 4 comments: