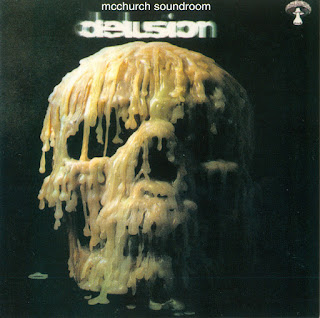 McChurch Soundroom is a Swiss krautrock band formed in Basel Switzerland near the German border. The band was fronted by the Italian-Swiss multi-instrumentalist Sandy Chiesa. All together the band consisted 5 members. Heiner Althaus (guitar), Alan Veltin (organ, piano, vocals), Noby Jud (drums, percussion), Kurt Hafen (bass) and Sandy Chiesa (vocals, flute and acoustic guitar).
Soundroom's first and only album was produced by Conny Plank. The music is heavy krautrock with jazz, fusion, progressive and psychedelic elements. The songs are well arranged and the musicianship is absolutely amazing!!
The album does have a rather rough, unpolished production, starts off acoustic and sounds a whole lot like it came right off Stand Up, right down to vocals that sounds just like Ian Anderson. As the song progresses, the music turns to electric guitar and Hammond organ with bluesy undertones, and progressive passages that oddly sound like they belong on a Yes album, then there's a totally killer jam I wished was much longer, then it goes back to the acoustic beginning.
The next cut, "Dream of a Drummer" is an instrumental, guitar-oriented piece that would have done much better if it wasn't for that useless drum solo. That's the only weak spot on the album, by the way. "Time is Flying" is more of the same great bluesy prog rock sound.
The next song, "What Are You Doin'" is much in the same vein as the previous cut, but I really can't stomach the preachy, anti-drug message in the lyrics, this band totally predates Nancy Reagan's "Just Say No" by a full decade. That's plain silly, because people in to that kind of music at the time were likely lighting up the bong every now and then. The album ends with a two part instrumental called "Trouble" which is basically a jam, played in a rather jazzy manner with flute and Hammond organ dominating.
Unsurprisingly, the LP is quite rare and difficult to find (one online dealer was selling it for $200).The cover to the album is way cool, which is a picture of a skull all covered in dripping candle wax, which also clues you in on the underground nature of the album. 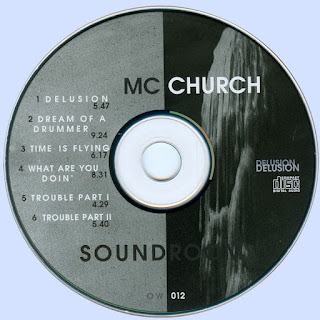