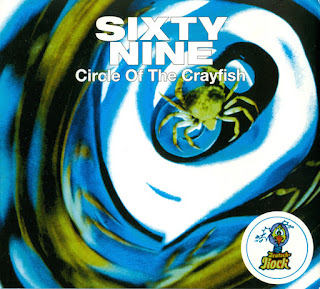 Sixty Nine were an unusual "group" being only a duo of keyboards and drums. For these limitations, Sixty Nine made a pretty big sound, a combination of influences that on the more mundane side sounds like Atomic Rooster and on the more progressive side the veritable Emerson Lake and Palmer. Circle of the Crayfish was their first album and only studio release. The music is dominated by the Hammond organ sound and there's one of those long suites. Without guitar, there's a thinness here that is to be expected, and during the length of the album.
by Mike McLatchey
On their sole studio album 'Circle Of The Crayfish' Sixty Nine played a mixture of symphonic, organ-driven Progressiv- and Krautrock dominated by Armin Stöwes keyboards, supported by Roland Schupps powerful and technical drumming. First title 'Ballast' is a dynamic instrumental rocker with incredible heavy organ playing and steady drumming. 'Kolibri' is more in E.L.P. and Brian Auger vein with alternating jazzy and classical-inspired themes. Good organ und piano through out along with impressive drumming. 'Becoming Older' is the first track with vocals. Actually the vocals are supported by melodic organ-driven rock, soon to be replaced by hard jamming parts, very closed to Frumpy but also reminding Atomic Rooster or Beggars Opera. 'Journey' is very similar, a cross between The Nice, Deep Purple and Frumpy.
The 15 minutes 'Paradise Lost' opens with a long intro, featuring synths and gongs to be followed by another very long fast organ/ synths/ drums jamming with repetitive rhythms to the end. The closing 'Crayfish' is dominated by the pounding organ and rocks really hard. “Circle of the Crayfish is a great album with interesting Hammond B-3-driven seventies prog rock. This release is a must have for organ fanatics along with other bands like Odin, 20 Sixty Six and Then, Amos Key and others, as well as for lovers of keyboard-and-drums-oriented duos like Hardin & York, Hansson & Karlsson or Twogether. 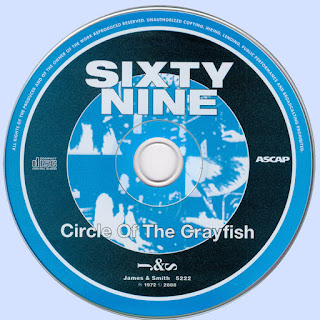