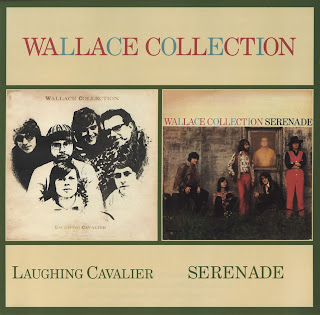 Wallace Collection was a Belgian pop rock group active in the late 1960's and early 1970's,that was founded on the remains of the group Sylvester's Team.

Sylvester’s Team had been a well-oiled group that convinced on stage with Sylvain and Freddy on vocals. They had recorded six 7-inches for record labels “Roover” and “Vogue” and the press had been embracing them with very positive comments. At the other side, Raymond Vincent and Jacques Namotte were also musicians in the “highest league”: indeed, Raymond, holder of several prizes, was first violinist in the National Orchestra of Belgium; Jacques was first cellist in the same orchestra and had also gained a first prize.

The Wallace Collection founded in 1968 by three musicians from the formation of Sylvester's Team (Sylvain Vanholme, Freddy Nieuland and Marc Hérouet), which was joined by two musicians on the education of classical (Raymond Vincent and Jacques Namotte - members of the Belgian National Philharmonic Orchestra , but also a team of pop music circle - Stradivarius) and bassist Christian Janssens.

That way, the Wallace Collection, perfect blend of the best of pop, jazz and classical music. The newly formed band didn’t hide its ambitions and to realize these, it needed a manager who knew the business. The musicians decided to entrust the management to the one person who would be capable to allow them to make recordings in England. In fact, this was the big dream of every musician in that fabulous era and that was the challenge Jean Martin had undertaken to confront.

The band's name has its prototype in the London museum of the same name, which was in the immediate vicinity of EMI. The dream of the group was to record an album in the studio. In 1969. Australian David Mckay, the production of the first record of the band it embodied a dream and saw Their debut studio album, Laughing Cavalier, was recorded at Abbey Road Studios and was released in 1969.

The single "Daydream" became a hit in 21 countries,including going #1 in Belgium and sold millions of copies,but essentially a one-hit. . In the wake of its success, the group toured Europe, the United States, Mexico, and South America. They also composed the soundtrack to a French film, La Maison, in 1970. Later singles, such as "Love" and "Serenade", were hits in Belgium and some other countries but did not reach the level of "Daydream".

Sylvain Vanholme recalls how this breakthrough:(was also responsible for the downfall of the band in "Wit-Lof from Belgium) "There was chaos. One day we would be playing in the North of Holland, the next day in Spain. We didn't have time to rehearse or write new material. Between to concerts, they booked us a studio and said : quickly record a song like "Daydream". The quality of the singles that followed went steadily downward. "Love" and "Serenade" at least made it to the Belgian Top 30.

In 1971 the band decided to call it a day. Freddy Nieuland however has continued to record under the name Wallace Collection. This success, however, proved to be fatal and musicians, who failed to hit the post as "Daydream", they decided to disband in 1971. (Later between 80's-90's the band went through a few, a brief reactivation In 2005, the group reunited again for performances with an altered lineup.)

Raymond Vincent later on formed a band called Esperanto (with German and British strings, Italian keyboards, with singers from Hawaď, Papoea and Australia. After four records the band was dumped by record company A&M in 1975.

Marc Hérouet, the organ-player of the band, enjoyed some success with his group Salix Alba. The biggest future for the ex-members of The Wallace Collection would be for Sylvain Vanholme, who has had huge hits with Two Man Sound and has produced a large number of Belgian records since (e.g. Octopus, Salix Alba, The Machines, Gorky, Jo Lemaire & Flouze, The Kids ... )Sylvain Vanholme became a appreciated Belgian record producer.
by Adamus67 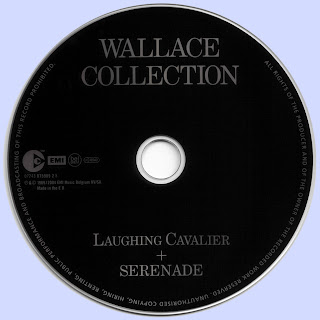 Free Text
Just Paste
Posted by Marios at 8:29 AM 6 comments: