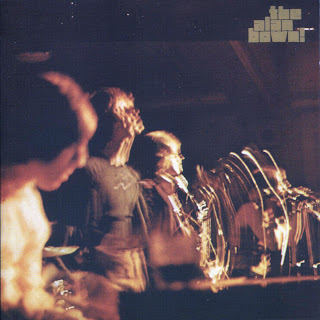 ﻿
Alan Bown made an improbable rock star -- though it could be argued that he was never really a "star." With the trumpet as his instrument, he wasn't even a terribly likely rock & roll bandleader, but he definitely was that, and for a lot of years. And if his bands' recordings had been as successful as their live shows, he'd likely have been a star and then some.

Any musical aspirations that he harbored were invisible until he completed a stint in the Royal Air Force at the outset of the 1960s. He found a music scene that was booming throughout England with an important extension to Germany, and which encompassed not only rock 'n' roll but also blues, R&B, and jazz.

The latter two areas were where Bown's interest lay, and he was soon a member of a group called the Embers that was booked into the Star Club in Hamburg, Germany, working on the same bills as such Liverpool-based artists as Tony Sheridan, the Beatles, the Undertakers, et al. He returned to England after the extended engagement and joined the John Barry Seven, led by the trumpeter/arranger John Barry. He was actually more involved with the group than Barry, whose burgeoning careers as a record producer and film music composer were taking off in a big way and keeping him busy outside of performing.

When Barry disbanded the group in 1964, Bown picked up the pieces and formed an outfit of his own -- his proposed name was ABC, standing for Alan Bown Community, but at the behest of his manager he chose the Alan Bown Set instead. The sextet was an immediate success as a live act, and it became an audience and critical favorite in London.

A contract with Deram Records, the progressive rock imprint of English Decca, followed, along with a pair of singles and a self-titled LP, and there was also a lineup shift that, for a time, brought Robert Palmer into the group as its lead singer. But despite a lot of touring and television exposure, and the reconstituting of its sound and image in a much more progressive rock vein, the group's moment had clearly passed by the start of the new decade.

Even a signing to the Island label failed to re-ignite their commercial prospects, though Bown did keep a version of the band -- including Mel Collins on saxophone -- together for touring purposes as late as 1972. After that last tour, Bown himself -- following a short stay in a band called Jonesy -- moved on to a producer's spot with British CBS Records, where he was one of those involved with the signing of Mott the Hoople and Sailor. By the 1980s, he had long since abandoned performing in favor of the business side of the music business, and started his own production and publishing company.
Thanks to the continued reissue of his '60s-era recordings, however, he remains a much-loved and fondly remembered figure as a performer, from the British beat era into the psychedelic period.
by Bruce Eder 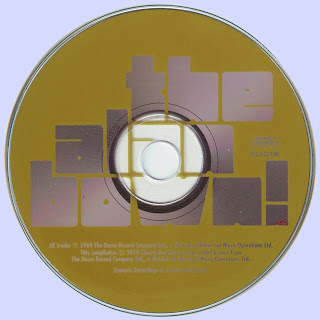 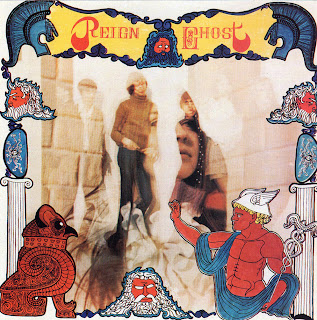 Drummer Bob Bryden and singer Lynda Squires were members of The Christopher Columbus Discovery of New Lands Band in Oshawa, Ontario during 1967.
As is the fate with most bands, the unit split up in 1968. Columbus' direct competition in town was an act called Reign Ghost and with an eye to find something new to do, Bryden and Squires infiltrated the rival band as guitarist and singer respectively. Soon the bassist left and Bryden snuck in former Columbus bassist Joe Gallant. Following the usual 'creative differences' excuse, Gallant quit and then came Columbus' Jerry Dufek. This line-up hooked up with Jack Boswell's Allied Records who threw them into a recording studio for the self-titled 'Reign Ghost' album in late 1968.
The album was released in January 1969. However, the band fraught with internal conflicts once more and destroyed the band. Bryden and Squires moved on once again and hooked up with drummer Rich Richter and bassist Russ Erman who reclaimed the name Reign Ghost with the new comrades more than willing to become the New Reign Ghost. Allied was happy to have their name band back and offered to release the follow-up album 'Reign Ghost Featuring Lynda Squires', but before the album could be released, the band split up again.
Bryden went on to join Christmas (aka Spirit of Christmas) and their first album, coincidentally was released by Paragon in July 1970 on the exact same day as they decided to release the 2nd Reign Ghost album. Lynda Squires went on to join the Canadian cast of 'Hair' and married Francis W. Davies (president of Daffodil Records and The Music Publisher).
Jam-canoe 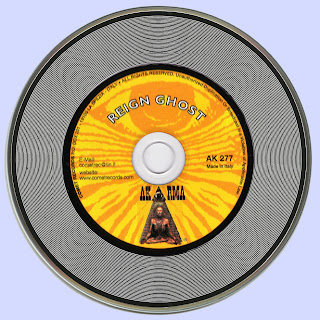 Free Text
Just Paste
Posted by Marios at 11:40 AM 6 comments: