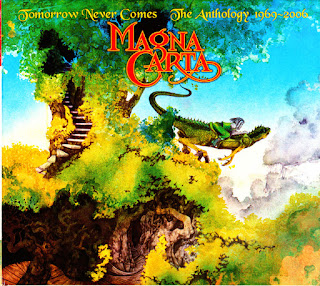 Magna Carta was founded in April, 1969, and is one of the longest running bands in the world today.

The band has seen a number of personnel changes, but the common factor has always been Chris Simpson. Song writer, poet, accoustic guitar player and vocalist, he has been largely responsible for the band's unique sound, and has had uncanny success in gathering high quality musicians around him. He founded the band with Lyell Tranter, guitarist, and Glen Stuart, vocalist extraordinaire, and their first professional gig was at the Cambridge Folk Festival. A year later the band cut the first of their 30 odd albums, six of which have gone Gold, and three Silver.

The essence of Magna Carta for the last twenty years has been Chris Simpson and Linda Simpson. Chris has been singing with Linda since 1984. They have been joined in recent years by Matt Barnhoorn, an outstanding Dutch fiddle player. In concert and on record they play with a variety of fine musicians, some of whom have been associated with Magna Carta for a long time. They continue to tour extensively.
MagnaC-history 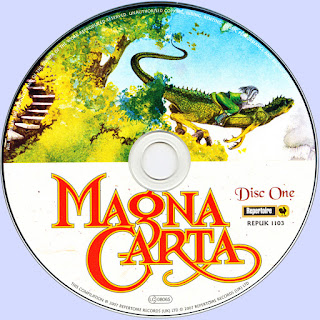 This lavishly packaged, sprawling anthology is a fitting summary of Magna Carta’s varied discography. In the late 60s there were several approaches to folk music. Some, such as Fairport Convention, mined the traditional music of the past to reveal the rough vitality at its heart.

Others used the style and instrumentation - acoustic guitars, mandolins to create what was really soft-focus pop. This is not to denigrate the music that they created: those who took the latter course, like Magna Carta, had a lasting impact which can still be heard in the music of artists from David Gray to Badly Drawn Boy. Magna Carta’s early music was extremely pretty and indebted to Simon & Garfunkel and even Peter, Paul & Mary, but Chris Simpson’s songwriting always has a distinctive English flavour and, even when almost insufferably twee - Autumn Song, delights with its period charm and ravishingly beautiful warm sound.

The music ranges from folk-pop to rock and blues, and although the 80s pick offer some distractingly period keyboards, this carefully compiled selection provides an excellent overview of a songwriter quietly dedicated to his art.
by William Pinfold 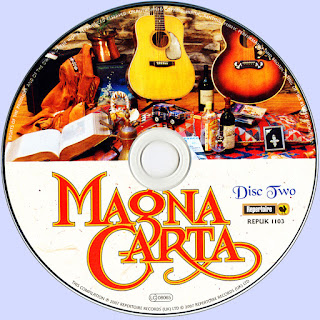 Free Text
Text Host
Posted by Marios at 6:50 AM 7 comments: