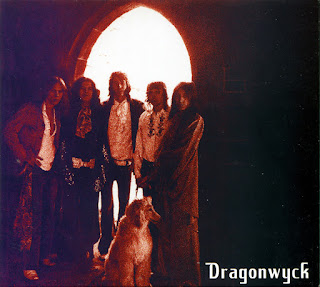 Their Doors-influenced style of psych rock was captured on a demo LP in 1970 which is now very collectible. A second demo LP was recorded in 1973 (including a couple of remakes of songs from the first LP). Then a 45 in 1974. More changes were in store, including gigs and recording under the names Flying Turns (the name of a thrill ride at the defunct Euclid Beach Park) and Fun (a Gentle Giant influenced period), before the band called it quits.
I was born in Venezuela. When I was a child, my parents moved to the industrial city of Cleveland, Ohio. In the 1960’s, Cleveland had some of the best radio in America. Plus we were able to receive CKLW out of Detroit. Almost all early rock and roll music was black. Great performances of 3 chord songs loaded with rhythm and attitude. After the Beatles, music became more intelligent, using chord patterns and harmonies no one had ever heard before. And it wasn’t just the Beatles. All British bands were so fucking great. It was the beginning of progressive music. Those two separate attitudes of rhythm and composition were my main musical influences when I was young.
The early 70’s was rock and roll heaven. There were a lot of great original bands and places to play. Cleveland was a factory town with hard drinking men and women who loved loud rock bands, and going out 3 or 4 nights a week to support them. Besides the night clubs, Dragonwyck toured with rockers Foghat, Golden Earring, The Edgar Winter Group and Emerson, Lake and Palmer. It was a very exciting time for music, and for us being in the middle of it all.
It’s really hard to tell them without the context of the time. The 70’s was a decadent decade throughout the world. Everybody, EVERYWHERE was living outside of the walls of conformity that exist today. There was so much more tolerance and social freedom to misbehave. But to say that the 70’s was a drunken, drug induced fuck-fest, would be an understatement. It was a beautiful time.
‘Chapter 2’ was recorded at Audio Recording Studio in Cleveland. This was 1972 and the studio had an Ampex 16-track machine. The mellotron and moog synthesizer was just released at that time, so we bought one each and had a ball recording that record. We also put a lot of work into background vocals on that album. The “fun” album was anything but fun. It was interesting from a clinical point of view, and in 1974 we were one of the first bands to be using samples, albeit primitive tape loops. We did a lot of tape edits on that record, and from that point on, I never went back to recording effects more that musical performance.
Tom Brehm Interview 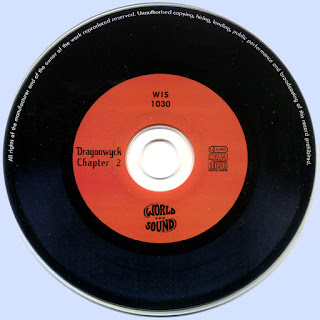