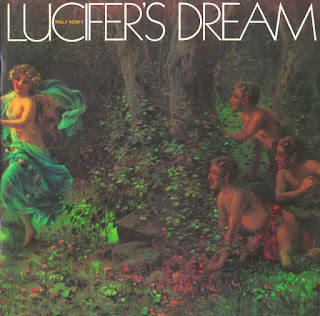 Born in 1940 in Berlin, Ralf Nowy's musical interest was first exposed to an audience during his school years, when he formed his first rock'n'roll band in the late fifties. After graduation from the Konservatorium, he joined the German jazz scene and also worked for the Saaerland radio station. His recording career began recording exploitation albums designed for dance parties, following the path opened in Germany by artists like Paul Nero (a.k.a. Klaus Doldinger). But with the rise of the krautrock scene he became interested in new, more experimental sounds and joined forces with Paul Vincent (who had played in Klaus Doldinger's Motherhood, from which he would go on to form Hallellujah) and Keith Forsey (also from Hallellujah) - the three, under the name The Ralf Nowy Group, became on of the hottest acts of the Munich scene. Ralf Nowy remained involved in music up to his death in April 2007.
Originally released in 1973 on Global, is a quiet tip for all lovers of the genre. Inspired by the burgeoning Krautrock scene, Nowy found his own supergroup with top musicians Paul Vincent and Keith Forsey and others from the Munich scene. Lothar Meid, bass (Amon Düül II) contributes as a guest on one title as well as Al Gromer, sitar (Amon Düül II). Lucifer´s Dream was therefore a melting pot of almost everything from psychedelic pop onto slight jazz influences, with experimental and ethnic diversions, a complex musical suite with a great deal of invention. Indeed, Paul Vincent and Keith Forsey are responsible for a great psychedelic rock feeling. Nowy himself and Al Gromer give the album an ethnic message. Outstanding titles are 'Shiwa's Dance' with a great Al Gromer on sitar and 'Tschad' with a catchy melody, played by Nowy on flute and a percussive background you will never forget. 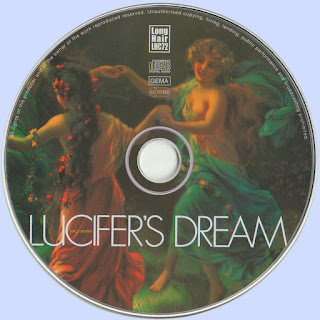