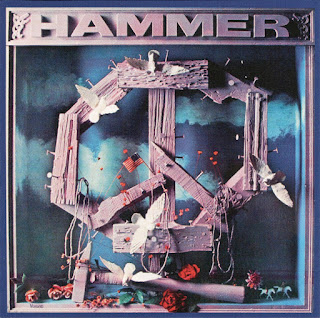 Jack O’Brien was born on November 9th, 1952 in Astoria, Queens. Christened John Anthony O’Brien, he was first nicknamed Jackie, later Jack. From the age of three, he lived in Elmhurst, Queens, with his mother’s family. From a very young age, he showed a natural musical talent, no doubt inherited from his grandfather, “Happy” O’Brien, who was an orchestra conductor in the 1940s. Family members recall Jack, at the age of four or five, picking out tunes on a tiny toy piano.

When he was about eight, Jack began to teach himself to play guitar which very quickly became his prime interest. With a schoolfriend, Richie McBride, who played bass, he was involved with a number of amateur groups. At fourteen, he played in a “happening” in the East Village known as “The Rock Flow” and also jammed in Steve Paul’s Scene and elsewhere with musicians like B.B. King, Jeff Beck, and Jimi Hendrix.

Together with Norman Landsberg who was trained as a classical pianist, and was able to draw upon the cultural diversity of his native New York City to develop a familiarity with a wide range of musical tastes and styles. His professional career started as one of the founding members of the rock group Mountain. This led to his forming (together with O’Brien) the group Hammer in 1969, featured on Bill Graham’s then newly established label, San Francisco Records., and managed by Shelly Finkel (who would later manage Mike Tyson); and with Richie McBride on bass, John DeRoberts as vocalist, and John Guerin as sessions drummer, they recorded their first and only album, “Hammer” (San Francisco records, a division of Atlantic, 1970), produced by Dave Rubinson and engineered by Fred Catero.

Despite critical praise and an energetic and successful coast-to-coast tour, including Fillmore East and West, Hammer did not achieve commercial success, and the group disbanded. O’Brien later played in other groups in the early to mid-70s, including Wormwood Scrubs, a group that he and Richie Fontana formed, with Richie on drums, Danny Sicardi (aka Danny McGary) on bass, and Michael Harrington as lead singer. (Unfortunately, Harrington passed away from heart problems on January 31, 1984 — he was only 29.)

As Wormwood Scrubs, the four wrote a lot of material, and came very close to a record deal at the time (1973-74). Although they did not make a record, Wormwood Scrubs is remembered as an excellent band by many who heard them play live, with shared influences from British Blues and Pop, the Beatles, Jeff Beck, and others, which were reflected in their sound.

Norman Landsberg gained recognition as vocal arranger and musical director for the Pointer Sisters, touring extensively and making numerous television appearances with them. He went on to work with a variety of artists such as pop singer Lenny Williams (known for his work with Tower of Power).

Landsberg’s arranging skills and studio savvy have helped to establish him as a much sought-after independent producer in the San Francisco bay area. He and his wife, keyboardist Socorro de Castro-Landsberg, run Landsberg Music Productions, a full-service music production company providing music direction and arrangements from custom “minus-ones” to full album production, live performance, as well as scoring for commercials and films such as Ramona S. Diaz’ award-winning documentary, Spirits Rising.

After Hammer disbanded in the following years, bass player Richie McBride continued to be active in the music business, and recorded and toured as bass player with many different artists, traveling throughout the U.S., South America, and the Caribbean. Today, he lives in Tampa, Florida with his wife Frann where he is a middle-school orchestra teacher.

McBride holds a Master’s Degree in Music Education and, in addition to his teaching, he performs in the Tampa Bay area as a bass player with various artists.
by Tom Kennedy 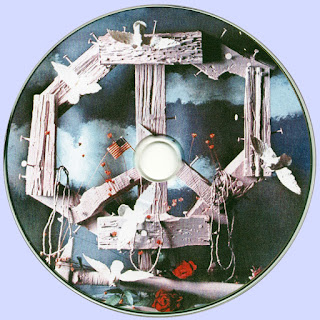 Free Text
Just Paste
Posted by Marios at 4:45 AM 9 comments: