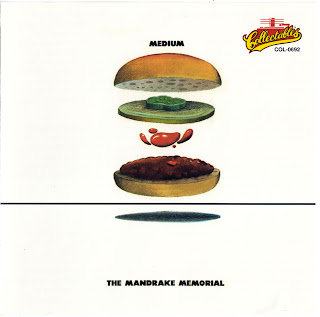 The Mandrake Memorial began with an unknown New York City band called The Novae Police, featuring the rhythm section of Kevin Lally (drums) and Randy Monaco (bass, vocals). They played in the Village for a while, opening for bands like The Flying Machine with james Taylor. Randy was also doing a lot of demo work, singing on the first demo of "Happy Together", which The Turtles later recorded. Meanwhile, guitarist Craig Anderton was playing in a college band from the University of Pennsylvania called The Flowers of Evil, who played shows with Todd Rundgren's first band. Woody' Truck Stop.

Keyboardist Michael Kac was in a Philadelphia band. Cat's Cradle, whose bass player, Greg Irons, later became a psychedelic artist on the West Coast. The Mandrakes came together through promoter Larry Schriver. Who was working in conjunction with club owner Manny Rubin. Manny was looking for a house band for his club. The Trauma, which was located on 22nd and Arch Streets in Philadelphia, right around the corner from The Electric Factory.

Larry's job was to put together a band and got Craig and Michael to quit their bands and form a group with Randy and Kevin, who were recommended as a great rhythm section by Ken King from Lothar And The Hand People, who were playing at The Trauma. With the incentive of being the house band and playing every weekend, the Mandrake Memorial was born in late 1967. They started playing the Philadelphia, New York, Boston and college circuits at clubs like The Boston Tea Party. Psychedelic Supermarket. Electric Circus. Cafe A Go- Go fin NYC). Second Fret and The Main Point just outside Philadelphia, where they were most popular.

The group opened for top acts like Big Brother, Zappa and Moby Grape. They also played on TV with Pink Floyd. Through Trauma owner Manny Rubin, they were signed to a new label. Poppy, which was a subsidiary of MGM. Their first album, called simply "Mandrake Memorial", was released in the fall of 1968 and sold over 100.000 copies, mainly in Philadelphia. New York and Boston. By the time their second LP, "Medium", was released in the spring of '69, harpsichord player Michael Kac had left the band due to musical differences.

As a three piece, the group went to England to record an LP with Shel Talmy as producer. They had a tour set up in England, but weren't allowed to play due to some union disagreement that was going on in 1969 between England and American groups, which also prevented The Nazz (Rundgren's new group) from playing there as well. While in England, the Mandrakes recorded a very intimate acoustic guitar album that was deemed "too uncommercial" and was thus shelved. Such "unplugged" material would become very popular just a few months later with Crosby Stills and Nash.

One acetate of this album survives today and many of these songs would later appear on their final album, "Puzzle", released in the fall of 1969. Produced by Ronald Frungipane. "Puzzle" contained grandiose classical ideas that were the result of his background in classical music. After "Puzzle", the group recorded a version of the Thunderclap Newman hit "Something In The Air", which was released as a 45 with picture sleeve in the winter of '69. After this 45. Kevin left the band and Craig formed an electronic band. Anomaly, with musicians Charles Cohen and Jeff Kane.

They backed up singer/songwriter Linda Cohen on her first two Poppy LPs. released in 1971-72. Randy Monaco ended up playing with a later version of The 1910 Fruitum Co. before his death in the late '70s from cirrhosis.
by David L. Brown, July 1996 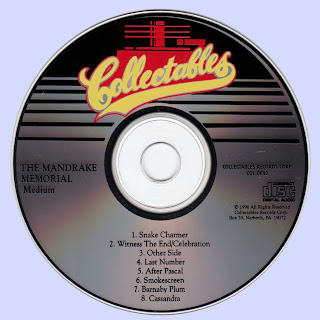