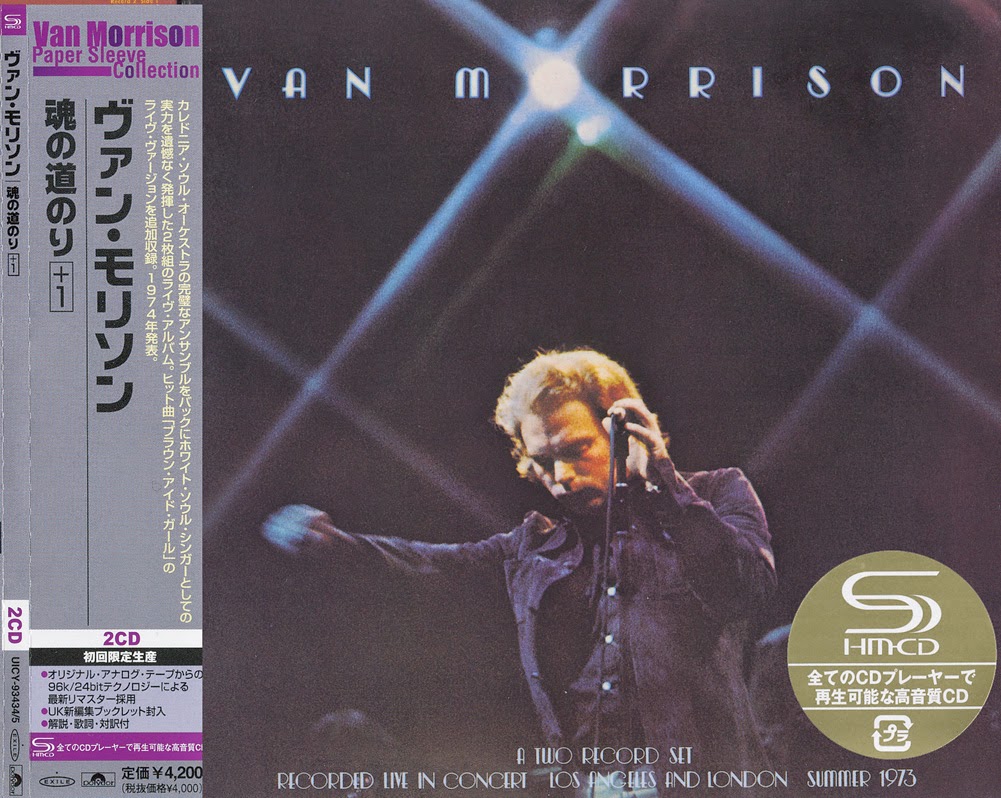 Named for the mighty Belfast singer's exhortation at the close of his song, Into The Mystic, It's Too Late…is oft-referred to as one of the greatest live albums ever recorded. Included in the first batch of remasters of the 'Man''s back catalogue, now’s your chance to argue the toss again.

When Morrison hit the road in the Summer of 1973 -ITLTSN collects material from gigs in LA, Santa Monic and London - he'd not only notched up a run of six absolutely flawless collections of what would probably now be referred to as 'soul jazz', but he'd also assembled a team of players that were the equal of his own perfectionism. Such was this perfectionism that the original running order was shorn of his most widely-known tune, Moondance, due to one bum guitar note. In other words this is one of the few live albums you'll ever hear with NO overdubs.

When you hear ITLTSN you realise why this had to be the case: Morrison’s blend of his own classics along with a fair smattering of tracks that influenced him is delivered with such passion, and belief that any studio tinkering would be like throwing a tin of paint over the Mona Lisa. In a live setting all the hyperbole about Morrison's blend of genres into one Celtic, mystic vision makes perfect sense. This is soul music in a very real sense.

It was also a sign of how Van had matured that he can deliver classics like Ray Charles' I Believe To My Soul or Sonny Boy Williamson's Help Me and make them his own. Not only this he improves on his own compositions. Cypress Avenue, complete with the strings of the Caledonian Soul orchestra may even be better than the original on Astral Weeks. Quite a feat. And just listen to how playful Morrison is on the improvised breaks (''You say in France!''): grunting, wailing, going beyond mere words in his striving to convey the heart of this music. This is a master live performer at work. And enjoying it.

With just one bonus track (a version of Brown Eyed Girl) this polished edition gives you the chance to hear one of the best bands and their genius of a singer deliver the goods one more time, 40 years on. It's never too late…
by Chris Jones 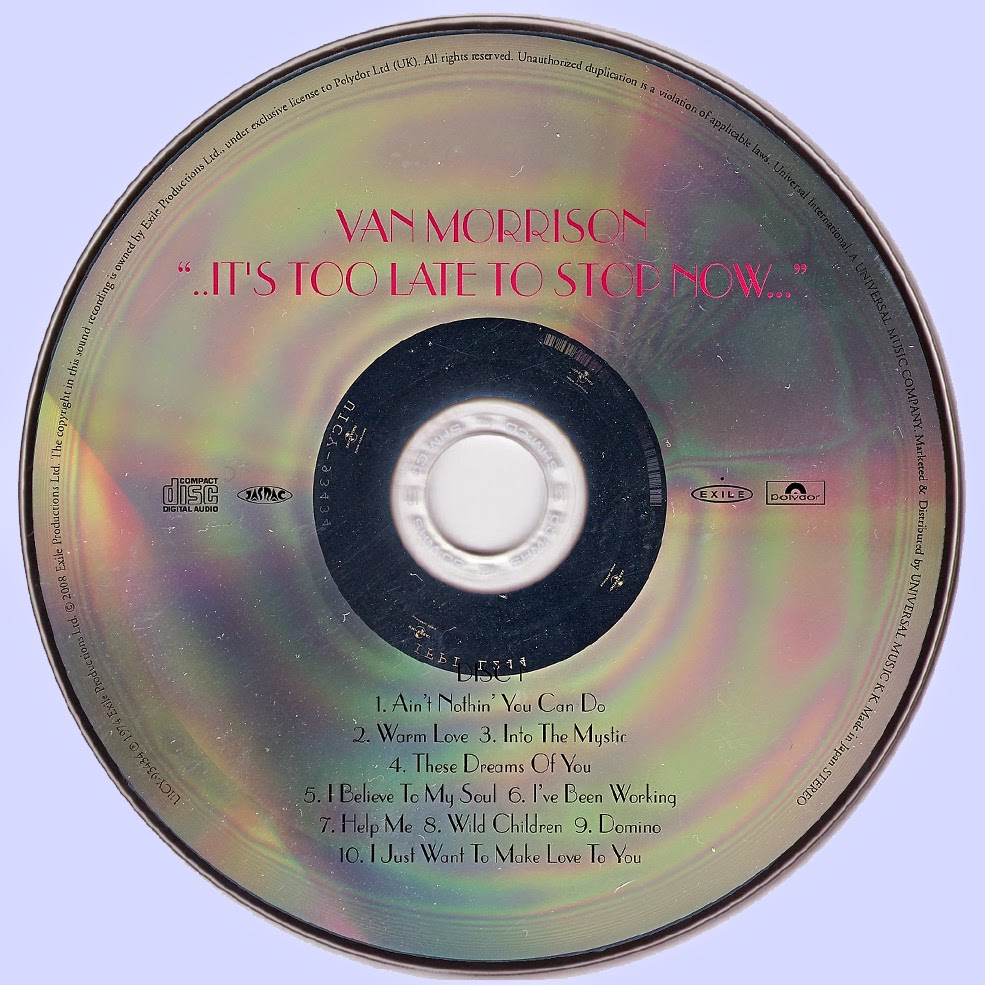 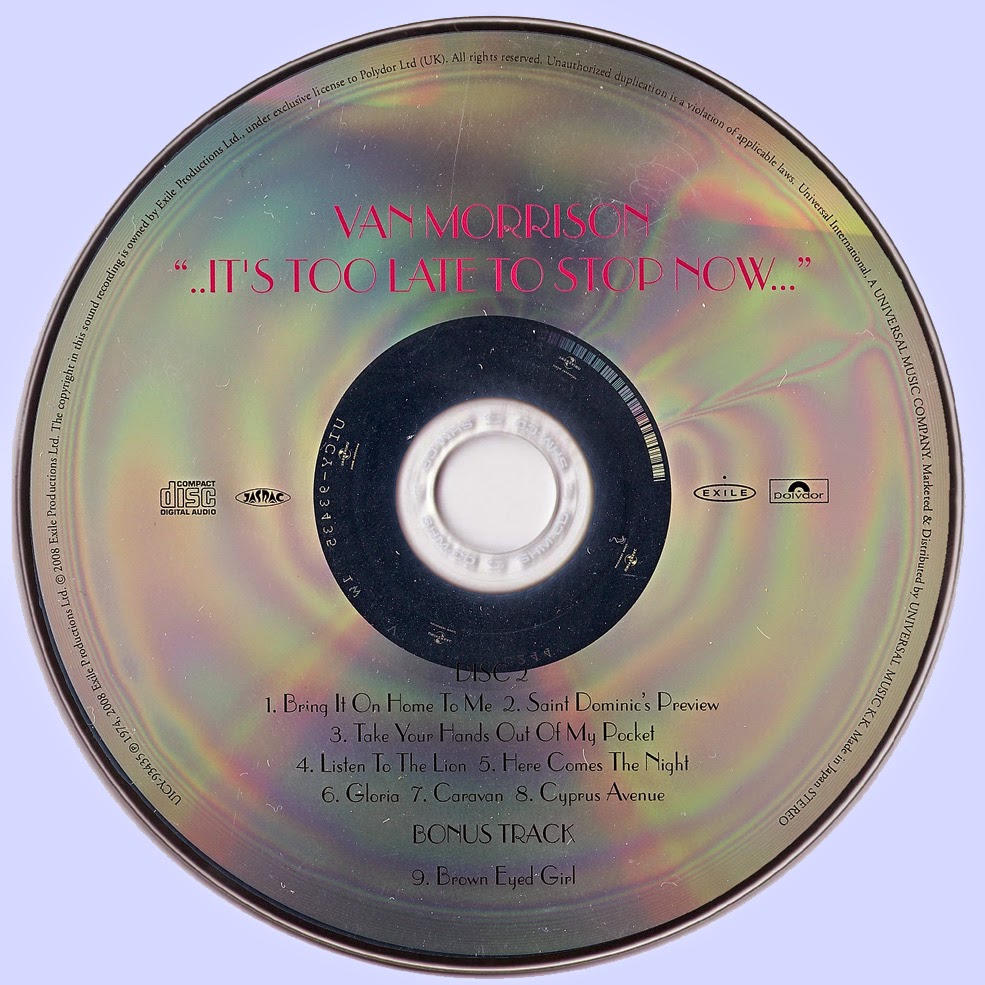 Free Text
Text Host
Posted by Marios at 8:21 AM 2 comments: