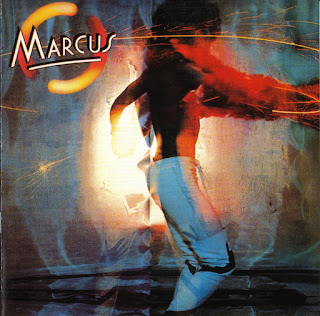 One of the tracks ('Black Magic') ended up on the Striktly For Konnoisseurs Double LP in 1984 by the Music For Nations label, though by this time, it was more of a memorial, as the band hadn't been together for many years. Life after this album proved lucrative for some of the band members. Gene Bloch went on to a career playing in Holly Knight's band Device under the name Gene Black, plus he was one half of the hi-tech duo Scarlett And Black. Dandy Holmes later became a member of Paul Sabu's band.
Marcus has performed at the Royal Albert Hall opening for BB King, Burnley, Upton and Colne Festivals in the UK; and various UK Art Centres and Blues Clubs including Darlington Arts Ctr and the Brewery Arts. Marcus ended 2013 by headlining the Tenby Blues Festival in Wales. In 2014 played the Great British R&B festival (International Stage) in Colne and 2015 The Skegness Rock and Blues Festival.
Performances in the Netherlands include Kwadendamme, Tegelen, Huntenpop, Oisterwijk, Hoogeveen, Geithoorn, Enchede and Texel Festivals. The Luxemburg Festival in Luxemburg. In France Pleins Feaux Festival 2013 in Bonneville; 'American Journeys' in Cambrai, Fete de la Musique in Marc En Baroeul, Presqu'ile Blues Festival in Ambialet (opening for The Straits), Buc n' Blues (Buc France), Blues & Rock Festival in Segoufielle and Le Show Room, Valenciennes France.
Since relocating to the UK Marcus has written, produced and recorded 6 albums on the Redline Music Label. The“One More Time” was released on Redline Music label in 1999. The title song “One More Time” is featured on ‘Blueprint 99 –The Best of The British Blues’ album.
The second album -’Walkin’ Shoes’- was released in August 2002. The track ‘Take It To Heart’ is featured on Blues In Britain 2002 - ‘The Best of British Blues’ album.
The third album ‘Blue Radio’ was released in early 2005. The song ‘Mama Said’ was featured on ‘The Best of British Blues” 2005.
The fourth album 'Hurricane' was released in March 2007 and received great reviews in several rock publications and traditional blues magazines including ‘Rock Tribune‘ in Belgium & ‘Bluesnews‘ in Germany.
The fifth album 'Let The Sunshine In' -- recorded in the UK --was released 25 April 2011 in the UK , NL and BE through Cadiz Distribution (UK).
In 2014 Marcus completed recording his 6th CD 'Stand or Fall' on Redline Music, distributed through In-akustik of Germany. Another collection of original blues based rock songs. The album was nominated for Best Recorded Session 2014 by European Blues Awards. 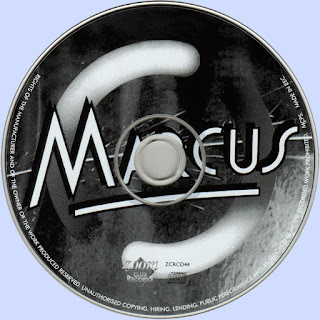