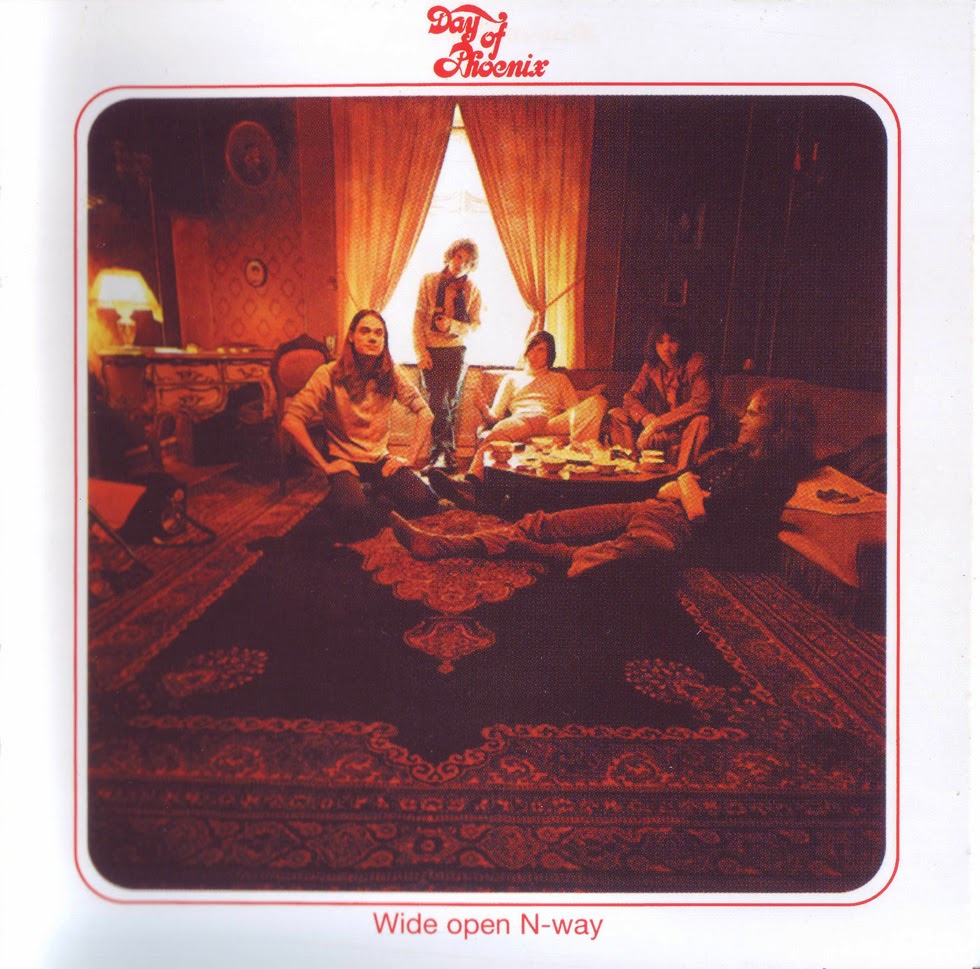 Day Of Phoenix  formed in 1968, and, on this album at least, consisted of Ole Prehn on guitars, Erik Stedt on piano and bass, Henrik Friis on drums, Karsten Lyng on lead guitar and Hans Lauridsen on vocals. Interestingly enough, the band had the good fortune to open for the mighty Colosseum at a gig in Aarhus, Denmark, leading them to the attention of bassist Tony Reeves (Colosseum and later to feature in Greenslade). Reeves became impressed with the band and agreed to produce their albums. After Wide Open N-way, the band would record a follow up, The Neighbour's Son, in 1972 before calling it a day.

Guitarist Prehn reveals in the notes that the band's influences were Syd Barrett-era Pink Floyd, Love, Clear Light and The Doors. All this should give you an idea about just how psychedelic the music is. Three of the album's five tracks are well over ten minutes in length, leaving plenty of space for noodling and improvisation, the kind you might hear at a live gig. However, the tracks do appear to have some kind of structure, even if wibbling on a guitar frenetically for a minute is an integral part of it. Somehow, even when the band are rocking out at their hardest, everything seems hushed and subdued, and the mood is melancholic on the whole. During the extended instrumental sections Stedt's bass occasionally whips up the music into a frenzy, creating a whirlwind of explosive psychedelic rock. Sadly, the same bassist would die from a drug overdose a year after this album was released. The provocative lyrics are sung in English; according to Prehn, 'somehow it's difficult to be as flamboyant in Danish.'

The album is presented very adequately, with informative liner notes containing excerpts of an interview with Ole Prehn. Also interviewed is Danish multi-instrumentalist Robin Taylor, who confesses his adoration for Day Of Phoenix readily, saying other Danish groups of the time were 'amateurish' in comparison. Appended to the disc is the band's 1969 single, whose artwork is shown in the booklet. I find it heartwarming that Esoteric chose to include this, as it stops precious tracks like these being lost in the oblivion.

On the single, the band choose to cover two tracks, the first being Tell Me What You See In Me by the Strawbs from their debut album released the same year, although Day Of Phoenix abbreviate this to Tell Me. With drums included, this version is rockier, yet significantly shorter than the original. Surprisingly enough however, I prefer the B-side; beginning with some thick bass notes, the cover of Randy Newman's I Think It's Gonna Rain Today turns out to be the happiest song on the collection. Lauridsen's gravelly voice pours wonderfully over the delightful chord progression, in a version that I find superior to the original.

While they were never going to become the next Beatles, Day Of Phoenix definitely had more than met the eye and this delightful reissue allows the listener to reassess this obscure Danish band. Oh, and please don't ask me what an N-way is!
by Basil Francis 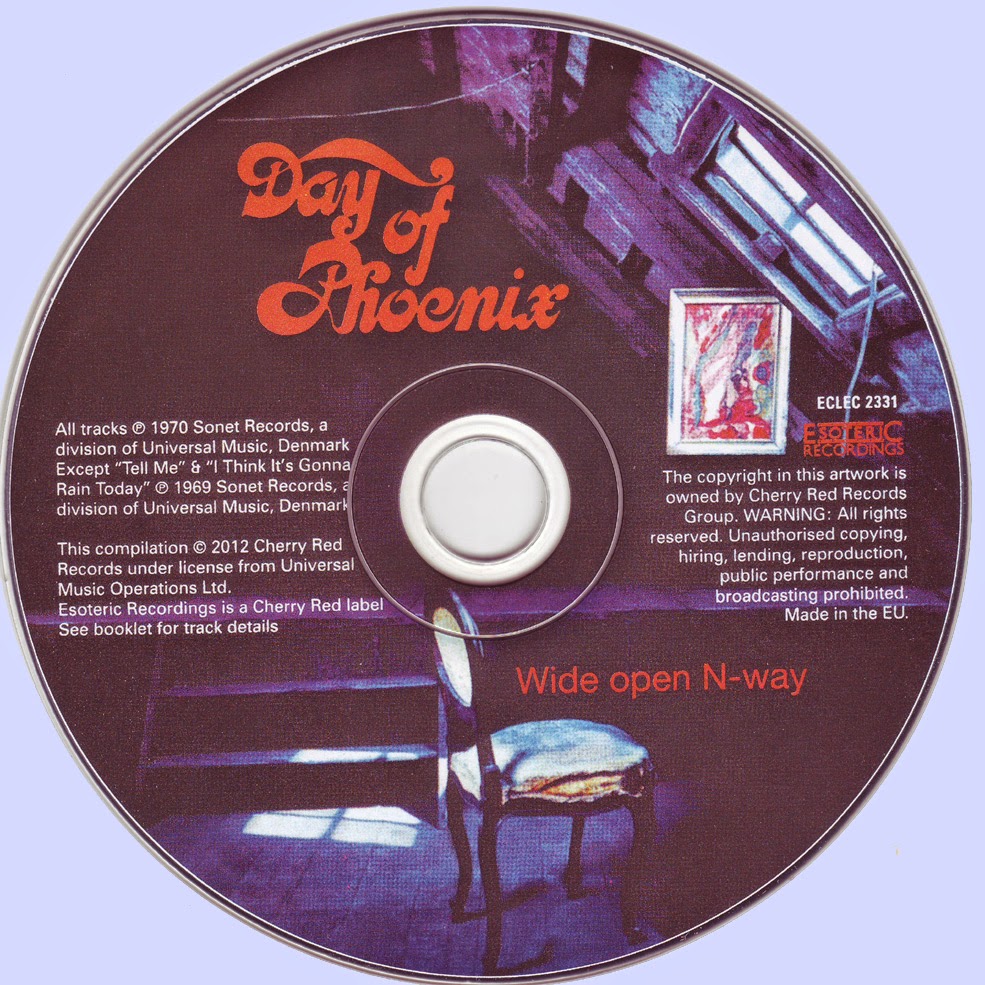 Free Text
Just Paste
Posted by Marios at 6:35 AM 8 comments: