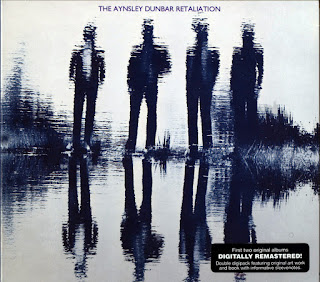 Of the numerous British blues-rock bands to spring up in the late '60s, the Aynsley Dunbar Retaliation was one of the better known, though solid reception on tours did not translate into heavy record sales. Musically, the group recalled John Mayall's Bluesbreakers during the 1966-1967 era that had produced that group's A Hard Road album, though with a somewhat more downbeat tone. The similarities were hardly coincidental, as the band's founder and leader, drummer Aynsley Dunbar, had been in the Bluesbreakers lineup that recorded the A Hard Road LP. Too, bassist Alex Dmochowski would go on to play with Mayall in the 1970s, and guitarist Jon Morshead was friendly with fellow axeman Peter Green (also in the Bluesbreakers' A Hard Road lineup), whom he had replaced in Shotgun Express.

Though he was only 21 when he formed the Aynsley Dunbar Retaliation, the drummer had already played with several bands of note in both his native Liverpool and London. Stints in several Merseybeat groups had culminated in his joining the Mojos, and Dunbar played on a couple of singles by the group, though these were cut after their British chart hits. Shortly after leaving the Mojos, he did his stint with the Bluesbreakers, after which he played for a few months in the Jeff Beck Group, also appearing on their 1967 single "Tallyman"/"Rock My Plimsoul." Wanting to lead his own band, in mid-1967 he formed the Aynsley Dunbar Retaliation, joined by Morshead, who'd previously been in the Moments (with a pre-Small Faces Steve Marriott), Shotgun Express, and Johnny Kidd & the Pirates; singer/guitarist/keyboardist Victor Brox, who worked for a while with British blues godfather Alexis Korner; and bassist Keith Tillman. Shortly after forming, however, Tillman left to join John Mayall's Bluesbreakers, replaced by Dmochowski, who'd played in Neil Christian's Crusaders and Winston's Fumbs.

On their self-titled debut album, the Aynsley Dunbar Retaliation flashed a British blues-rock approach that was rather similar to that of John Mayall & the Bluesbreakers circa 1967. That was unsurprising considering that leader and drummer Dunbar had played on the Bluesbreakers' 1967 A Hard Road album, and that bassist Alex Dmochowski would later play with Mayall himself. Although everyone in the Aynsley Dunbar Retaliation was a skilled player, the record ultimately comes off as rather second-division late-'60s British blues, though in a little heavier and darker a style than Mayall's. That's not to say it's mediocre, but the material (mostly original) is only average, and not quite up to the level of the musicians' instrumental proficiency. Too, Victor Brox isn't the greatest singer, though he's okay, and while Jon Morshead plays guitar well, his style sometimes seems quite influenced by Peter Green (listen especially to his work on the cover of Percy Mayfield's "Memory of Pain").

Additionally, some of the original material wasn't all that original; the work song-style "Watch 'N' Chain" certainly bears similarities to the tune that Donovan popularized under the title "Hey Gyp" (itself similar to a song that Lonnie Young, Ed Young, and Lonnie Young, Jr. had recorded under the title "Chevrolet" on Atlantic's 1960 Roots of the Blues LP of Alan Lomax field recordings [reissued in 1993 under the title Sounds of the South]). It's not a bad record overall, however, with the players getting a chance to take extended solos on the instrumentals "Sage of Sidney Street" and "Mutiny."

The Aynsley Dunbar Retaliation's second album was much the same as their first, offering competent late-'60s British blues, given a slightly darker cast than was usual for the style via Victor Brox's somber vocals. Like their debut, it was dominated by original material, and as on its predecessor, the compositions were rather routine blues-rock numbers, though they benefited from arrangements by highly skilled players.

The best of these tracks were the ones that utilized Brox's gloomy, almost gothic organ, if only because it made them stand out more among the company of the many similar bands recording in the prime of the British blues boom. Otherwise the main fare was straightforward blues-rock that was well played, but rather average and forgettable, the most distinguished ingredient being Dunbar's hard-hitting, swinging drums. If only because it has some original songs that were better than anything on the first album ("Fugitive," "Till Your Lovin' Makes Me Blue," and "Tuesday's Blues," the last of which has some songwriting and guitar work quite similar to Peter Green's late-'60s style in those departments), it's a slightly better listen, though not up to the standards of somewhat similar groups like Fleetwood Mac and John Mayall & the Bluesbreakers.
by Richie Unterberger 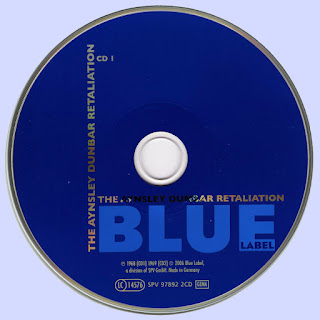 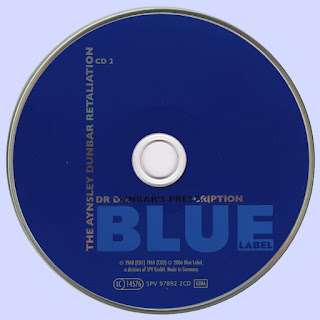 Free Text
Text Host
Posted by Marios at 8:11 AM No comments: