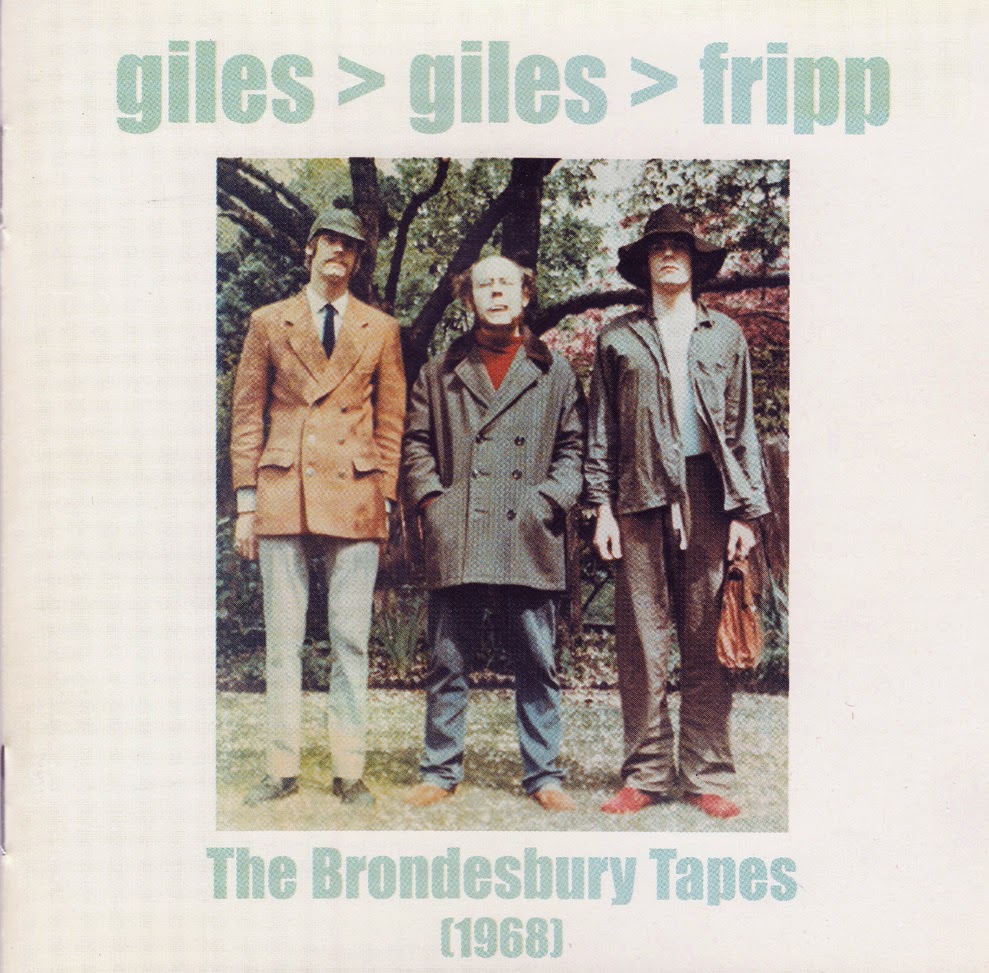 Though advertised as the long lost 1968 home recordings of the band that would become King Crimson, Giles, Giles and Fripp’s The Brondesbury Tapes reveal the early work of Robert Fripp and company to be a freewheeling world apart from their more celebrated work as the brooding godfathers of prog-rock.

At the time the tapes were recorded, brothers Michael and Peter Giles (drums and bass) and Robert Fripp (guitar) were on the downward trajectory of a disappointing fifteen-month existence. Unhappy with the bland production and Monty-Python-esque annoyance of their first full-length (a heavy-handed provincial-pysch concept album entitled The Cheerful Insanity of Giles, Giles & Fripp on Decca / Deram that sold less than 500 copies), Giles, Giles & Fripp hoped to flesh out their sound by enlisting the help of the ever-comely miss Judy Dyble, the ethereal pre-Sandy Denny vocalist for folk-heroes Fairport Convention, and Ian McDonald, whose piano, flute, sax, guitar, and clarinet would later feature prominently in King Crimson’s debut In The Court of The Crimson King as well as in the decidedly un-hip ‘70’s arena-rock of Foreigner, to record some new songs in the cozy confines of Peter Giles’s new home.

The revitalized ensemble shows up suprisingly shimmery on the primitive Revox stereo reel-to-reel recordings, somehow knitting the Canterbury School of spacey prog-autumns characteristic of early Soft Machine and the more psychedelic side of Fairport Convention with 1968’s wave of cheeky British-literate-pop like The Kinks’ Village Green Preservation Society and The Zombies’ Odyssey and Oracle into a seamless and subtle whole.

Listening to the digitally re-mastered version of this charming and unassuming lo-fi gem with Dyble oozing the vocals and Fripp content to noodle and fuzz in the background, it’s hard to believe that these sessions of The Brondesbury Tapes were recorded and then scrapped just one short year before In The Court of The Crimson King, a Hell of a concept album (featuring the god-awful Greg Lake of the even God-awfuler Emerson, Lake, and Palmer on the lead vocals) with a garish, pink, and fleshy cover giving only a slight and paranoid hint to its huge and cacophonous contents: redemption through muscular instrumental passages that knot the anacondas of psychedelic rock, jazz, and classical virtuosity ((check out Fripp’s seven fret stretch!)) into a sound of fury not heard again until Neil Michael Hagerty and The Royal Trux’s decadent guitar-miasma opuses.

The Brondesbury Tapes, in contrast and in sweet oblivian, had no idea that cheesy Frippertronics and Post-Syd Barret Pink Floyd were on their way. Lyrics like “She’s so full of the decimal stuff / I’ll fall in love if I try hard enough,” sung in four part harmonies against sprightly jazz waltzes and sunny day tremolo studies, remind us that those sweaty anacondas were once daft little garden snakes and that those guilty of prog-pomp once recorded an endearing and altogether inspiring math-rock version of The Basement Tapes.
by Daniel Dineen 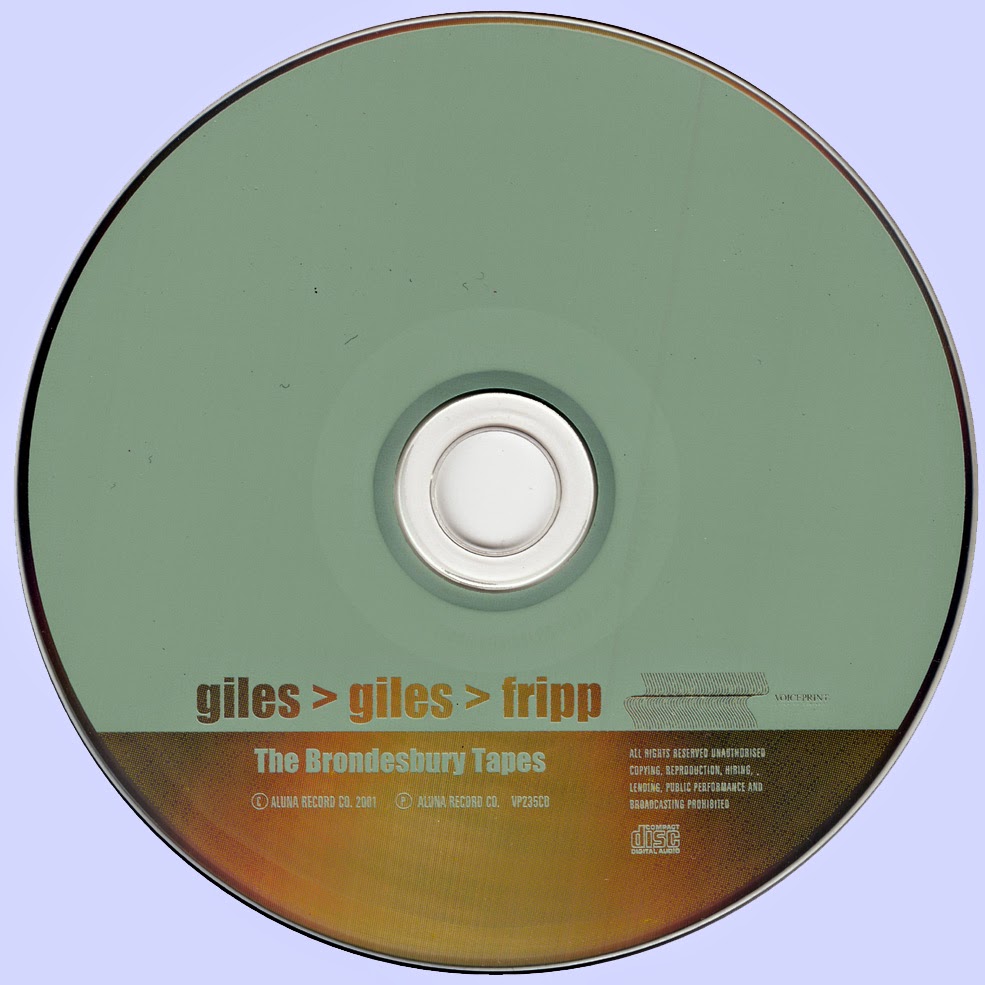 Free Text
Text Bin
Posted by Marios at 5:36 AM 3 comments: