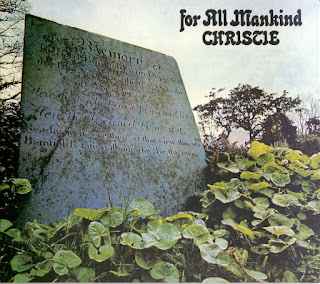 This album, coupled with their live gigs, has shown that Christie have a lasting potential which may not have been all that evident in their brace of international gold-plated singles Yellow River and San Bernadino. Indeed, Christie are one of the few British bands to have achieved an enviable worldwide acceptance in the past few years.

But it could well be that this success has slightly inhibited the thinking of the group's namesake Jeff, for on this new album it appears that he is striving to encompass both the commercial and heavy markets — a commendable but also dangerous line to follow.

It is still the immediacy of pop which is the mainstay of the industry. There is absolutely no disgrace to sell millions of singles and keeping an equal number of people entertained.

Christie have made the first inroads, and this album shows that collectively they have the ability to exploit this asset to their utmost advantage. It would be a pity if they allowed their judgement to be swayed by the inverted snobbery of others who are perhaps less successful.

For All Mankind is perhaps the first time Christie have recorded to their own personal satisfaction, and is an album which should gain them a degree of respect to add to their reputation for discovering the secret of commercial success.

With a bit of thought, more experience and careful production, their next album could well prove to be a blinder, for between them, Jeff, Vic Elmes and Paul Fenton produce some excellent instrumental work.

The plaintive title track and If Only are commendable and make a good contrast to the hardness of Martian King and Magic Highway.
New Musical Express, July 1971 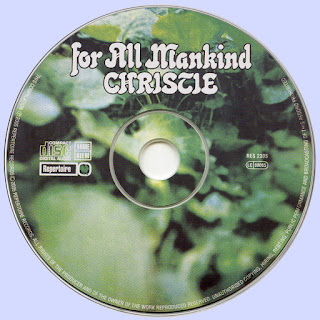 Free Text
the Free Text
Posted by Marios at 6:05 AM 2 comments: