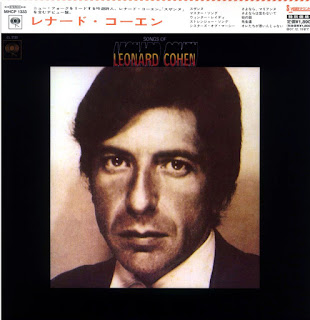 At a time when a growing number of pop songwriters were embracing a more explicitly poetic approach in their lyrics, the 1967 debut album from Leonard Cohen introduced a songwriter who, rather than being inspired by "serious" literature, took up music after establishing himself as a published author and poet. The ten songs on Songs of Leonard Cohen were certainly beautifully constructed, artful in a way few (if any) other lyricists would approach for some time, but what's most striking about these songs isn't Cohen's technique, superb as it is, so much as his portraits of a world dominated by love and lust, rage and need, compassion and betrayal.

While the relationship between men and women was often the framework for Cohen's songs (he didn't earn the nickname "the master of erotic despair" for nothing), he didn't write about love; rather, Cohen used the never-ending thrust and parry between the sexes as a jumping off point for his obsessive investigation of humanity's occasional kindness and frequent atrocities (both emotional and physical). Cohen's world view would be heady stuff at nearly any time and place, but coming in a year when pop music was only just beginning to be taken seriously, Songs of Leonard Cohen was a truly audacious achievement, as bold a challenge to pop music conventions as the other great debut of the year, The Velvet Underground & Nico, and a nearly perfectly realized product of his creative imagination.

Producer John Simon added a touch of polish to Cohen's songs with his arrangements (originally Cohen wanted no accompaniment other than his guitar), though the results don't detract from his dry but emotive vocals; instead, they complement his lyrics with a thoughtful beauty and give the songs even greater strength. And a number of Cohen's finest songs appeared here, including the luminous "Suzanne," the subtly venomous "Master Song" and "Sisters of Mercy," which would later be used to memorable effect in Robert Altman's film McCabe and Mrs. Miller. Many artists work their whole career to create a work as singular and accomplished as Songs of Leonard Cohen, and Cohen worked this alchemy the first time he entered a recording studio; few musicians have ever created a more remarkable or enduring debut.
by Mark Deming 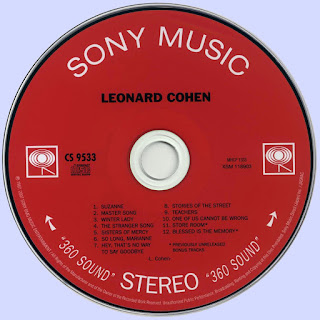 Free Text
the Free text
Posted by Marios at 4:38 AM No comments: