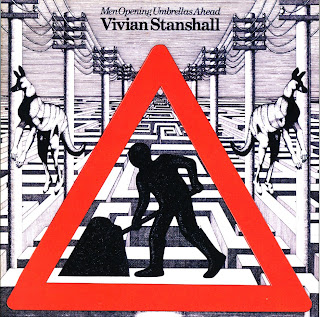 Four years out of the Bonzo Dog Band, Viv Stanshall's debut album arrived more than two years after he first started work on it, a long gestation that even he acknowledged was punctuated by some dark droughts of inspiration. "It's all about frustration," he continued, "It's one long squawk." The scars did not, however, show. From the moment the single, the Afro-centric "Lakonga," hit the airwaves, it was clear that Stanshall's characteristic eye for both intriguing melody and infuriating experimentation had not been diminished.

The key to the album was the opening "Afoju Ti Ole Riran (Dead Eyes)," a painfully personal tirade directed against the music business. Despite his fame and reputation, Stanshall continued to be marginalized by the industry at large, at the same time as he himself hated the demands that it made upon him. "Truck Track," an ode to the weary life on the road, and "Red-Eye," sketching some of the less pleasant characteristics of his own industry associates, make that very plain.

More traditional territory is stalked by the blues "Yelp Bellow Rasp Et Cetera," with its helpful lexicon of bluesy language, but still a wary eye focuses cynically on his audience -- "don't fade me out, you b-b-b-beasts. I intended to mention disappearing tigers and commitment" -- while the lackadaisically Caribbean "How the Zebra Got It Spots" would probably have made an excellent novelty hit, but for Stanshall's decision to rhyme "let-it-be-ness" with "a certain penis." "Dwarf Succulents," too, cannot resist lunging for the ribald jugular, with its easy listening analysis of the post-coital afterglow; the punch line comes from the breathy girl chorus with whom Stanshall has been trading back and forth throughout the song. "How was it for you?" he asks, once he's finished elucidating his own satisfaction. "Oh," they trill. "So-so."

The album closes with the booze-soaked "Bout of Sobriety" and a final song that, were one to feel especially portentous, could be described as Stanshall's own "Jugband Blues," the merciless self-analysis of "Strange Tongues" ("Fear follows in the wake of sleepless days, foul yellow fright as thick as mayonnaise"). It's a haunting song, and a slightly frightening one, all the more so since Stanshall's delivery, as always, is poised so close to the edge of parody that it's easy to believe that he's telling a joke. Unfortunately, he isn't.

For all its darkness, though, Men Opening Umbrellas Ahead is an easy album to love, all the more so since Stanshall made so few attempts to follow it up. Of the three solo albums that he subsequently cut, only Teddy Boys Don't Knit ventured into the same musical waters as Umbrellas. Pair them together, and you would truly have an album for the ages.
by Dave Thompson 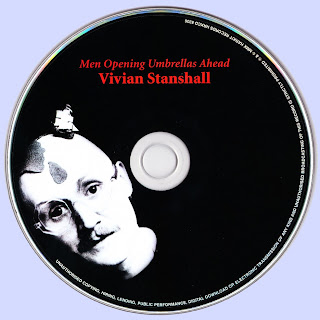 Free Text
Just Paste
Posted by Marios at 10:33 AM 4 comments: