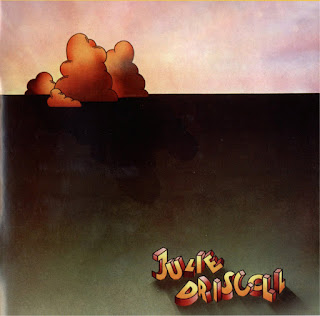 Julie Driscoll's (now Tippetts) first move away from the blues-oriented pop of the Brian Auger band turned out to be this prophetic slab of wax that revealed her penchant to transcend the trappings of rock and pop for something more adventurous. To this end, Driscoll employed the help of many of the Canterbury scene's best-known musicians, including Carl Jenkins, Elton Dean, future husband Keith Tippetts, and guitarist Chris Spedding.

The set opens with what would become an anthem for Driscoll, the horn-laden rocker "A New Awakening," in which she details the benefits of the search for new ground emotionally and mentally. In addition, with its knotty, arpeggio-laden horn lines and angular arrangement by Tippetts that puts the track on the left side of the standard rock and pop fence. "Those That We Love," a simple acoustic tune with Driscoll on acoustic guitar and Tippetts on piano and celeste with Jeff Clyne on bass is a striking treatise on how much we hurt the ones we love the most, and how those who love us forget us most. Beautifully textured vocal lines open up all over the body of the tune, soaring into darkened corners and illuminating them.

One of the most striking things about this slab is how the listener can hear Driscoll's voice begin to open up to the possibilities of life after pop, that there was an entire universe waiting to be explored in song, nuance, and technique. The band provides not only sympathetic, but inspired support in her stead. Other notables here include the guitar freakout orgy of "Break-Out," the chamber/salon song of "The Choice," and the jazzed out balladry (in Canterbury style) of "Leaving It All Behind." Despite its age, 1969 holds up shockingly well, and is still very forward thinking in its musical approaches. Driscoll's/Tippetts' rugged, open-heart emotionalism is truly transcendent here, and this aspect of her wonderful voice has aged not one bit in over 40 years.
by Thom Jurek

Recorded in '69 but shelved by Polydor until January of 1971, Julie Driscoll's 1969 is truly a lost classic. Recorded following the disbanding of Julie Driscoll, Brian Auger and the Trinity, who scored a worldwide hit with their highly imaginative cover of Dylan's This Wheel's on Fire. The sessions featured a stellar cast of guest musicians from the worlds of jazz and rock. 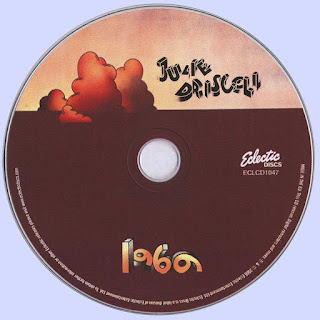 Free Text
the Free Text
Posted by Marios at 5:48 AM 6 comments: