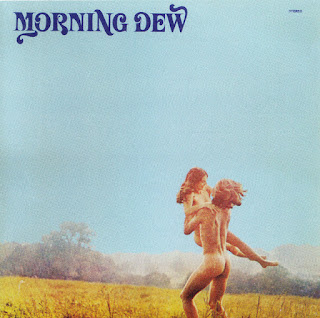 The Morning Dew began as a good but not especially remarkable garage band from Topeka, Kansas, but as the mid-1960s became the late 1960s, their sound grew increasingly adventurous, and their approach became harder but more complex at the same time. The Morning Dew cut an album for Roulette that was released in 1970 not long before the band broke up, and Cicadelic Records have paired that album with some unreleased late-period recordings from the group on the collection At Last: 1968-1970.

While an earlier Morning Dew anthology charts the band's growth from their early days to their rise to regional fame, At Last captures them at the peak of their instrumental powers -- Mal Robinson had grown into a fluid, expressive guitarist and powerful singer, Don Anderson's rhythm guitar provided plenty of muscular support, and drummer Don Shuford and bassist Blair Honeyman kept the songs rolling along and gave the melodies a firm bottom end. By this time, the Morning Dew had also learned to stretch out, and frankly a few of the four and five minute songs on their LP could have lost some noodling without hurting them a bit, but Robinson was a good enough soloist, gutsy and forceful, to keep the tunes from getting lost, and songs like hard rocking "Gypsy" and "Crusader's Smile," the folky "Something You Say," the twangy "Country Boy," and the trippy finale "Epic:The Mann/Death Is A Dream" prove this band had more on the ball than most second-string psych acts of the era.

The disc also includes five songs recorded for a second album that was never completed, and though the nine and a half minutes of "Lions>Away From It All" are mostly filler, the other tracks are solid, especially the rocking "1849" -- if three final tracks from a 1968 session don't add up to much, they at least point out to the melodic ambition that came to fruition on the album. At Last: 1968-1970 isn't quite the work of a great lost band, but if Cicadelic Records were trying to provide evidence that the Morning Dew at least deserves a larger cult following, then consider this collection a success.
by Mark Deming 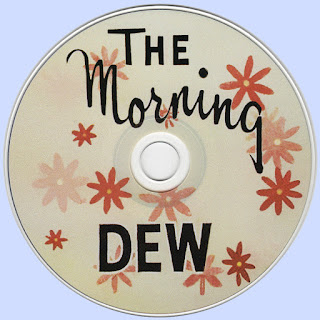 Free Text
the Free Text
Posted by Marios at 8:34 AM 3 comments: