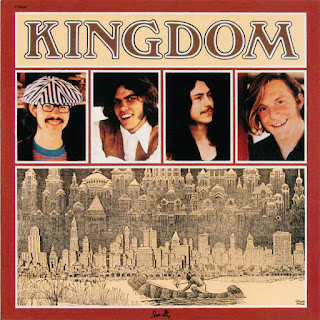 A California hard rock band with a sound somewhat reminiscent of vintage Cream, Kingdom released a single album (also called Kingdom) on Specialty Records in 1970, and the rarity of that original release has given the band a kind of cache among record collectors.

Kingdom was a solid rock band sporting impressive dual lead guitars, deep organ washes, a solid sense of dynamics, and appropriately gruff, John Kay-like lead vocals from frontman Jim Potkey. All the group really lacked was a set of striking songs, and while the opener, "Waiting, Hesitating," the hard-rocking and bucolic "Back to the Farm," and the ambitious, endlessly shifting eight-minute closing track, "Morning Swallow," all show promise, little else here lingers in the mind after the last note fades.

Still, the playing is impressive, particularly the dual lead guitar sound, which was still somewhat innovative in hard rock circles at the time. It would have been interesting to hear what this outfit might have come up with for a second album, but alas, a second go-round in the studio was not to be.
by Steve Leggett 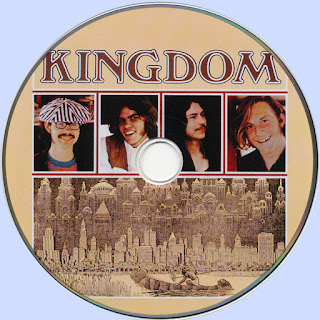 Free Text
the Free Text
Posted by Marios at 11:48 AM 4 comments: