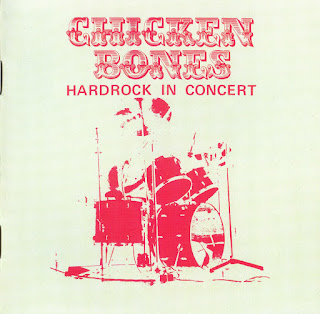 Chicken Bones hailed from a small town at the northern end of the Ruhr area roughly 30 km northeast of Dortmund. For many year their sole album ,,Hardrock In Concert' had been characterized as obscure but not so much essential. But over the years people found out, that Chicken Bones were a lot better than the reputation that preceded them and their album became quiet a sought after obscurity. Despite the title ,,Hardrock In Concert' Chicken Bones were not at all mundane hard rock but were highly creative and often moved very close to May Blitz, early Ufo or Wishbone Ash with lots of nice moves and flowery guitar work-outs (Freeman brothers in the ,,Crack Of The Cosmic Egg').
Performed in the good old tradition of the early seventies heavy progressive scene. Most of the album is instrumental, and offers Rainer Geuecke plenty of opportunities to reveal his musical skills. The two longest tracks are the highlights: "Water" with the whisper of the sea and some beautiful acoustic guitar and "Factory Girl" which was in a more typical hard rock vein. This release comes with 6 bonus tracks by Revanche, a unit featuring Chicken Bones' leader Rainer Geuecke. The release also includes a band story, and rare photos. 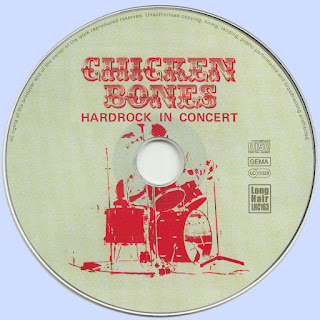