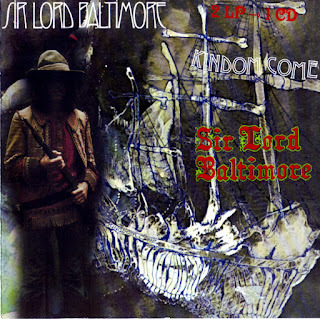 Brooklyn, NY's Sir Lord Baltimore were arguably America's first bona fide heavy metal band, and the funny thing is, they didn't even know it, since the style had yet to establish itself when the band first burst onto the scene. And because SLB's precocious, raw talent was offset by their immaturity and utter lack of business acumen, their budding career was summarily derailed after just two generally underrated albums. Thus, they were cursed to endure decades of obscurity until their music was rediscovered, vindicated, and often covered or flat-out copied by many stoner rock bands of the 1990s and beyond.

If anything makes sense in the ill-fated Sir Lord Baltimore story, it's the fact that the commercial success attained during their existence was as modest as the band's inner-city roots. Vocalist/drummer John Garner, guitarist Louis Dambra, and bassist Gary Justin were recently graduated from high school and had only been rehearsing for a few months when they auditioned for talent scout Mike Appel, who would later help launch the career of one Bruce Springsteen. Impressed by the band's undeniable power and chemistry, and assured by Dambra (who had just recorded an album with another group named the Koala) that the ferocious riffs he was playing were in fact not copped from Jimmy Page, Appel decided to take the inexperienced young trio under his wing.

So, after fine-tuning and rearranging their raw materials into a strong batch of songs, Sir Lord Baltimore began recording their debut album, Kingdom Come, in West Orange, NJ, where they reportedly impressed a visiting Pink Floyd and attracted the attention of high-powered artist manager Dee Anthony, who wasted little time pushing out Appel and taking over the group's day-to-day operation.
by Eduardo Rivadavia 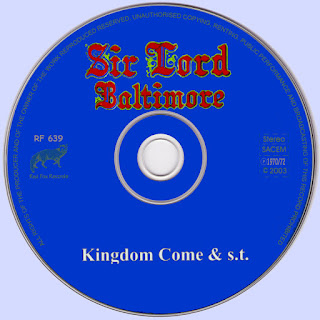