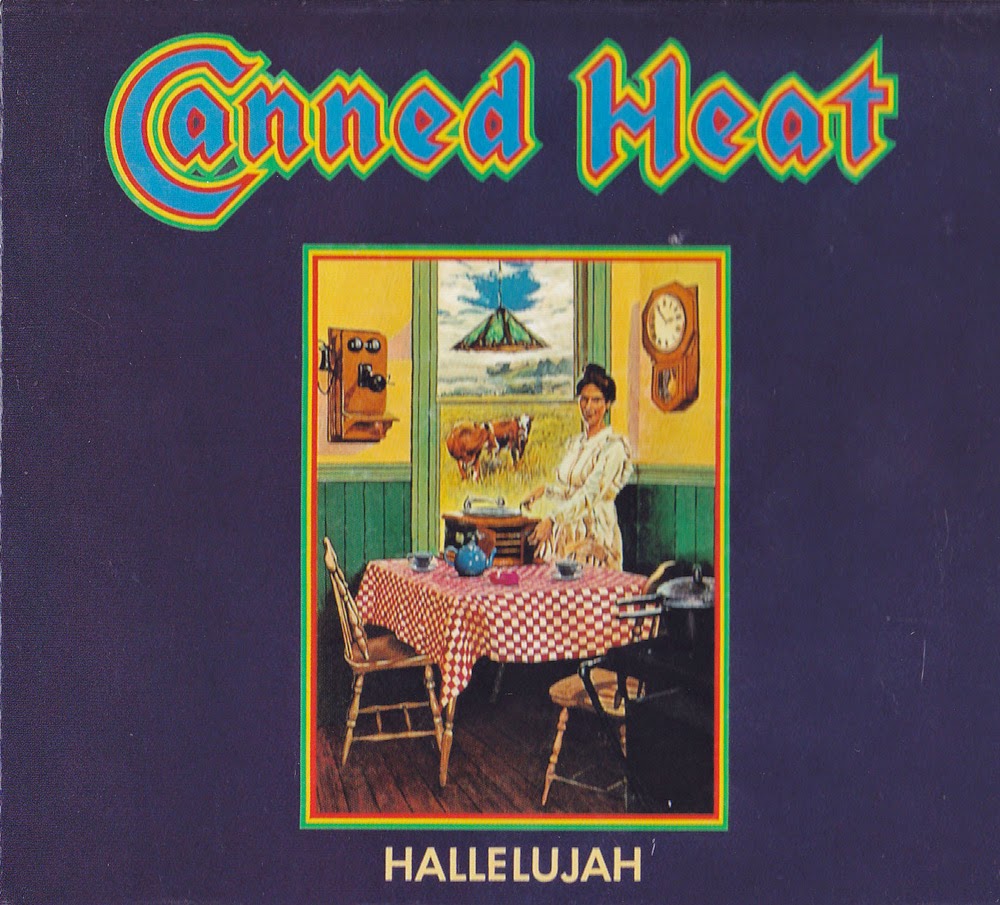 Canned Heat was one of the most remarkable Blues Bands in the 60's era. Basically an electrified Country Blues and Boogie band, they created two pop hits that were arguably a direct descendent of the old Skip James vocal style. Now don't get me wrong, when I say "pop" hits, I don't mean they made any commercial concessions like strings or anything. Both of the songs, "On The Road Again", and "Goin' Up The Country" were both compelling and progressive blues arrangements.

Like many great bands, Canned Heat could be two different bands depending on who was singing and leading the arrangement, and when the lead guitarist, Henry Vestine played a solo, sometimes a third one that flew off into an abstract psychedelic Delta. The two singers were Bob Hite and Alan Wilson. When Bob was on, the band was a hard rocking Blues band that often did rock and roll. With Alan, an electric country blues band that featured his great falsetto (similiar to Skip James) and often mysterious sounding slide (one could say Faheyesque). He was also probably one of the most underrated harp players of all time.

Canned Heat records could be uneven, particularly their first, and that was more due to unfamiliarity to the studio. Live, they were as hot (and sloppy) as a blues band could get. Listen to their live version of "Bullfrog Blues" on the Monterrey Pop Festival soundtrack and you'll see what I mean. Their next one, "Boogie With Canned Heat", showed the needed adjustments, and also produced their first hit, "On The Road Again". It's a good blues record, and featured their first extended boogie (and still their best), "Fried Hockey Boogie".

A later release also took boogie to the utmost 60's extreme and built from an acoustic start to full tilt over two entire sides of a double record set. It's not easily found these days, but worth a listen, as it also contains their next hit, "Goin' Up The Country" which added a flute to the boogie (one wonders why it hadn't been done before, it sounds so perfect). Later on, a series of rather quick records appeared, like their "Live In Europe", a poorly recorded one that I'm not sure they wanted released. However, it's not my purpose to discuss such recordings, as they did produce more than a few good sets.

One of those was "Hallelujah" released on their own Liberty label. It didn't contain any of their hits, but as an album, it's the most consistent except for maybe the "Future Blues" release. "Hallelujah" is basically one great blues song after another, in an impressively eclectic set. It opens with a classic sing-along blues shuffle, "Same All Over", featuring one of the best Hite vocals ever. It's an opener that sticks in your mind long after listening.

Hite isn't the one the average fan associates with the band as he didn't sing on either of the two earlier hits, although later on he sang the hit cover of "Work Together". However, without him, the band wouldn't have had nearly the depth it had. Bob was the gruff, low voice, with an obvious sense of humor and plenty of grit. A perfect balance to Alan's higher pitched vocal style. It's his voice that makes "Same All Over" more than your average shuffle.

Wilson pipes in next with the uptempo, and eerie "Change My Ways", a complex boogie with a sense of dynamics one doesn't normally see in, say, a Chicago outfit. It's also a total change in mood. It opens with a great organ and drum opening, then moves into what would be a prototypical Wilson boogie, with interesting tempo changes and bridges (the hallmarks of a classic Wilson number).

These interesting arrangements were due to the diverse blues both Hite and Wilson had been exposed to. Hite was a legendary blues record collector, with one of the most extensive collections ever, and Wilson did a few projects with John Fahey, playing slide on some early Fahey releases ("Transfiguration Of Blind Joe Death" being one). One can discern a Fahey influence in his slide approach.

Hite follows Alan with "Canned Heat", which is similiar to "Canned Heat" by Houston Stackhouse. It's a slower song, but with a very interesting sense of tempo. Almost atmospheric, or at least as much as an old blues song can be. "Sic 'Em Pigs" boogies in next, and it's a still hilarious boogie that perhaps sounds dated in it's anti-police message, that given the Rodney King incident, is still timely. It's a song that could have become a bit self-righteous in tone, but Hite gives it just the perfect amount of sarcasm and humor to make it work. It's a song I can't imagine anyone else doing so perfectly, actually.

The side continues with a hard charging shuffle called, "I'm Her Man", which also features piano and organ by Mark Naftalin. The Heat rhythm section, Larry Taylor on bass and Fito de la Parra, drive this arrangement hard, yet never break into rock. As a result, it's a shuffle that cooks, spiced up with some great leads by Vestine.

Alan ends the side with "Time Was", a slower number that has a good sense of movement, with some good tempo changes. Once again, a good number made great by a great band. "Do Not Enter" opens side two, and it's a viciously powerful, rocking medium tempo blues, sort of like angry Bo Diddley. Wilson's harp tone is incredibly full, and while he didn't specialize in the instrument, was always more than your average harp player. His ideas tended to stress tone and feel as opposed to speed, and one thing you could always say about a Wilson solo; it always sounded just right.

Wilson's harp opens the next cut, "Big Fat", an old Domino song. If there was one singer who could do a Fats number, it was Hite, and it's done here as a great rocking shuffle. A waltz time "Huautla" follows, opening with Wilson's harp, and moving into a group jam, done over a bongo and conga beat. It sounds much better than it reads, believe me. It then moves back into waltz time, and ends.

A strange Wilson rocker comes next, with Chuck Berry guitar being mixed with a blues shuffle, and like most Wilson numbers, comes together in a way that's always hard to describe, except that he clearly knew what he was doing and was able to reconcile the influences. The number ends with some hard rocking soloing by Vestine. I should mention a bit about Vestine at this point. He was one of the wildest guitar players in the blues, earning the tongue-in-cheek remark by Hite in "Fried Hockey Boogie", which ran "Are you really experienced?" in an obvious reference to Hendrix.

One might think that Vestine was actually a rock player who played the blues with the band as any other gig, but his blues credentials ran quite deep. He, along with John Fahey (and another whose name escapes me) were the ones who tracked down Skip James and brought him out of retirement in the 60's folk era. Also, many of his solos were extrapolations on blues tonalities, albeit loud extrapolations. Also, in the regular blues arrangements, his guitar playing was always on target. You don't hear his name very often when great blues guitar players are discussed, but in my mind, it was arguable that at a minimum, he was very underrated.

Larry Taylor went on to play bass in many sessions for other artists, the most notable being part of John Mayall's "Turning Point" era band. Also, he did work for artists as diverse as Leo Kottke and Freddie Roulette. His partner in the rhythm section, Fito, never got famous outside of the band, but then, he was already in a famous blues band, and I guess that's all anyone really needs, right? Well, I have digressed a bit, but it seemed like a good time for a band intro...

The record ends with the band, with the addition of Mark Naftalin on keyboards, playing a very low down slow blues called, "Down In The Gutter, But Free". It's a great one, and just a bit overdone, like all good lowdown slow blues should be done.
by Al Handa 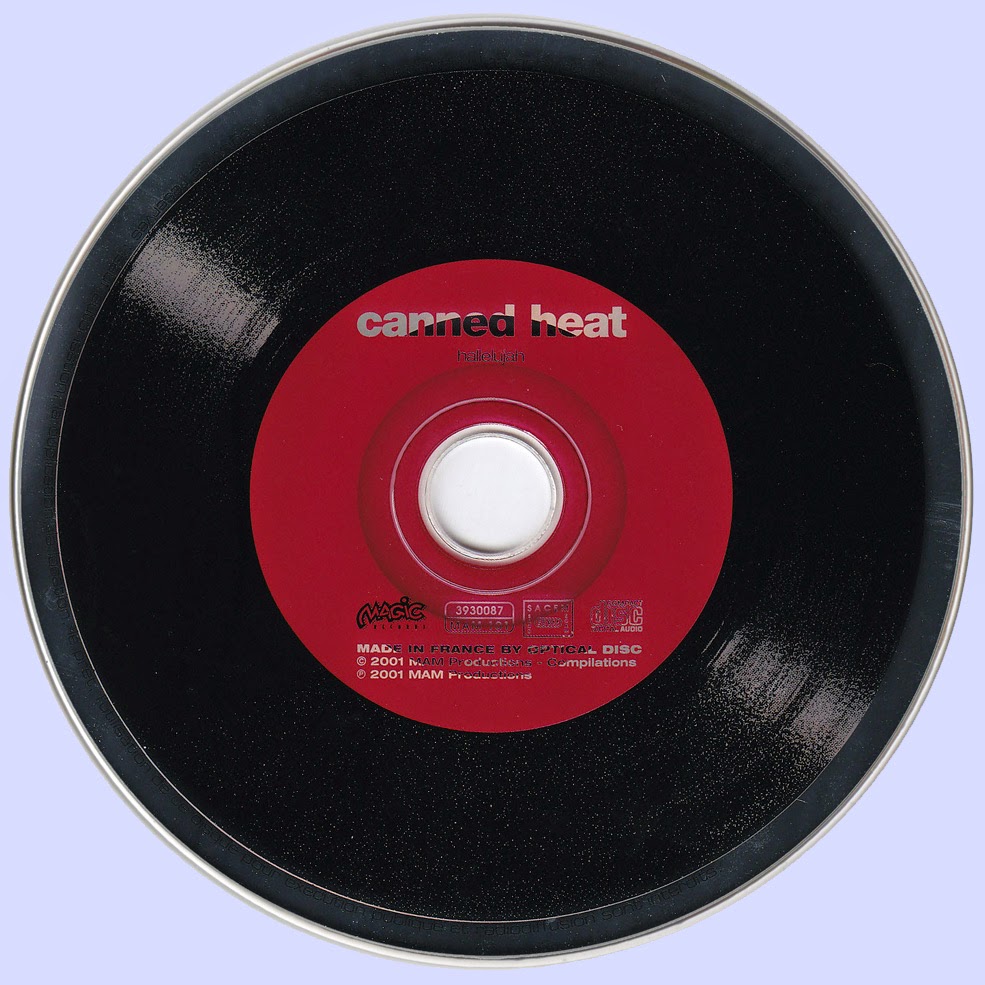