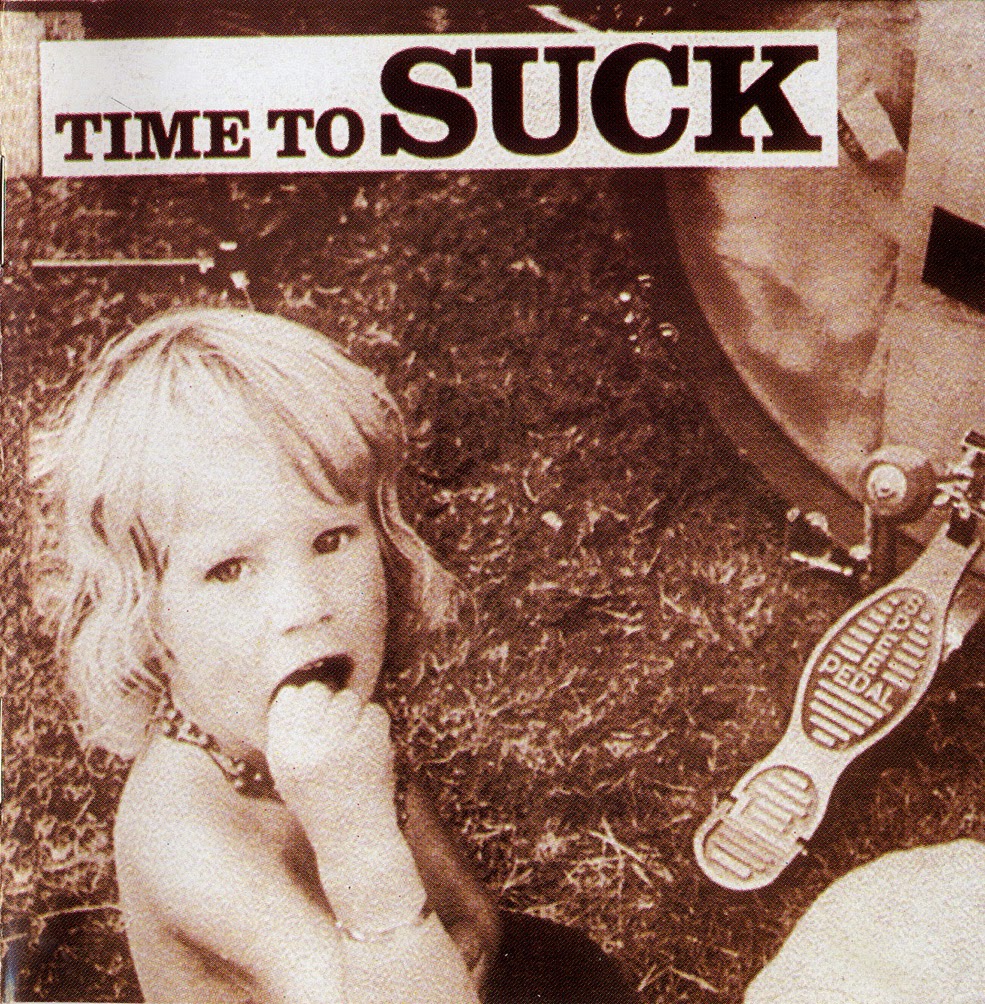 Who can ever forget the amazing images of Hendrix setting fire to his guitar, or of Moon totaling his skins, or of Emerson almost breakdancing with his organ (of the musical variety) or of Blackmore violently introducing his Strat to a movie camera? Music lovers the world over who were fortunate enough to have been around during the revolutionary late sixties/early seventies, had a mindboggling choice of amazing new bands and artists to see and choose from. Music was changing: it was becoming heavier, more intense and infinitely more visual and exciting, with the likes of Arthur Brown, Blue Cheer, Steppenwolf, Black Sabbath and many others laying the foundations of what was to become known as Heavy Rock or Underground music.

The US and the UK were generally felt to be world leaders when it came to rock music, followed closely by Germany, Japan and a number of other European countries. There were also very positive signs that the South American countries were stirring in a big way too. Australia also rallied to the call, as did New Zealand. Not to be outdone, bands in South Africa, sometimes under the most trying and frustrating obstacles and conditions the likes of which were unknown elsewhere except those experienced by "illegal" rock bands the wrong side of the Iron Curtain, managed to cause the odd rumble, and in the process, shine like beacons in a country hardly known for its freedom, musically or otherwise. As far as rattling a few cages was concerned, very few did it quite as well as Suck.

The band was formed in Johannesburg in early 1970. S.A. born bassist Louis "Moose" Forer, who'd previously worked with Peanut Butter Conspiracy in Salisbury in the then Rhodesia, when land grabs weren't the rage, as well as with Johannesburg based Group 66 and Billy Forrest, met guitarist Steve "Gil" Gilroy, who'd just arrived in SA from London, in a club. Gil had worked with guitarist Mick Abrahams, original guitarist with Jethro Tull and founder of the brilliant Blodwyn Pig. "I think it was called 'The Underground'", says Moose. "Gil and I became drinking partners and we gelled immediately". Italian born drummer Saverio "Savvy" Grande, who'd previously been in Elephant and had also worked in an Oompah band and was influenced by Latin American percussion bands, met Gil and Moose in a club in Hillbrow, Johannesburg, en route to Bulawayo, Rhodesia. Port Elizabeth born Cypriot vocalist/guitarist/flautist Andrew Ionnides, previously with Meenads, Blind Lemon Jefferson and October Country, and who'd recently moved up to Johannesburg, was drafted in and Suck was born.

They'd achieved their goal of being the country's most controversial act, but this played a large role in the eventual demise of the band. Life on the road was hard - it was really only passion and the love of their music that kept them going for the very short period of around eight months they were together. Inept and greedy management, lack of venues and airplay, the lack of funds, the bannings, the government and police restrictions, which had such a negative impact on rock music in general in South Africa at the time (the ripples of this destructive, narrow minded attitude are felt to this day and can clearly be seen in the attitude of the general public, radio and media towards non-commercial music), and the fact that they sometimes had to survive on barely one Rand a day each, left the band members very disillusioned, and they split at the end of 1970.

They wanted to write and record their own material, but never had much of a chance to do so. In fact, their only self-penned track on the hastily put-together album is "The Whip". The album, recorded at EMI studios in Johannesburg over a period of about six hours, was essentially an album of covers by the great bands and artists of the day: Their versions of Grand Funk's 'Aimless Lady" and "Sin's a Good Man's Brother" are brilliantly messy. King Crimson would have been proud of Suck's version of "21st Century Schizoid Man", as would Donovan of his "Season of the Witch". Colosseum's "Elegy" is given an interesting angle and Deep Purple's timeless "Into the Fire" is arguably the best track on the album. The band's tentative steps into the world of blues/rock is pleasantly evident with their great version of Free's "I'll be Creeping". As for their version of Black Sabbath's "War Pigs"…you had to see them live to capture the sheer power of their version of one of hard rock's all-time classics!

In a nutshell, Suck's sole album, which is now finally (officially!) released on CD, (incidentally, original copies of the LP record are highly sought after by collectors the world over), is testimony to the fact that South Africa had a number of bands that could quite easily hold their heads up proudly together with some of the top acts in the world - it's just a terrible pity that they were never given the opportunity to realize their true potential. When Suck split, the various members went on to a number of interesting ventures.

Guitarman Gil Gilroy left the music industry, disgusted and disillusioned with the way the band had been used and abused by all and sundry, management included (although he had a short stint with Rat between '72 and '73). He remained in South Africa and started up Mame Enterprises, South Africa's first nudie picture company.("I had a lot of friends and fans in the Censor Board!", he says) - no doubt all of them were moshing in their safari suits at Suck concerts in the old days! He then went into the printing and publishing field before opening up his own brewery, Gilroy's, on the West Rand. He very proudly mentions that his Gilroy Favorite, Traditional and Gilroy Serious are rated as the best in the Southern Hemisphere. He is married and has two daughters, both of whom are Springbok dancers. Gil still plays the guitar, although he's more into the jazzier side of things, enjoying the likes of Joe Pass and Martin Taylor. Like any true musician, he despises the use of computers in music. Today, when you meet this suave, sophisticated gent with the wicked sense of humour, it's hard to imagine that he's the one who fell through the ceiling at the photo-shoot for the album cover all those years back!

Moose Forer remained in the music business after the demise of Suck, and has to this day. A very pleasant and likeable fellow and still a great bassist, Moose also appears to be quite bitter about the indifferent and selfish management that played a large part in the band's demise. Apart from working on sessions with the likes of Trevor Rabin and Cedric Samson and with PACT on shows such as Chicago and Joseph's Amazing Technicolor Dreamcoat, he also featured with Rat and backed visiting international artists like Rufus Thomas. He also played in a band in the military entertainment corps under George Hayden. His current band, Sounds like Thunder, have been regulars at Johannesburg's famous Blues Room for the past three years or so.

Savvy Grande, one of the best rock drummers in the country at the time, also remained in the music industry, featuring with well known bands and artists such as Omega Ltd, Stagecoach, Jack & the Beanstalk, Lesley Rae Dowling, Shag, Razzle, David Kramer and Jonathan Butler. He moved to Cape Town where he has lived for a number of years, and in the early 90's, he became a children's drum teacher at Merton Barrow's drum college, The Jazz Workshop. Married with one child, he now owns a garage and is passionately and heavily into Motorcross. His last band was Late Final, although he quit the music scene a few years back. He would, however, like to put together a band that plays REAL music, sometime in the future!

Andy Ionnides, also later known as Andy Dean, had a short stint with Hedgehopper's Anonymous in Rhodesia (they had a hit with "Hey!") and he was also involved with Rat for a while, as well as with Rainbow (no, not Ritchie's one!) and Faggott (no,..oh forget it…!). He moved to East London (the one in South Africa, not England!) and joined his other brother, Reno, in a video store. He formed and fronted a very promising Gospel band, although no official recordings are known to exist. He then moved to Port Elizabeth and stayed with his brother, George. He was also involved in the dry-cleaning business and he tried his luck it the restaurant trade. Married with two children, Andy lived on the edge for much of his life, taking chances everywhere he went, but it was only during his later years that he became very successful, running a thriving pool bar in East London. Grateful thanks must be extended to George Ionnides for giving us some insight into the life of his eccentric and talented brother who died tragically on 16 October 2000, ironically just as he was enjoying the financial freedom that had eluded him for so long.
From George to Andy - you are sorely missed.

Thanks must also be extended to Moose Forer, Gil Gilroy, Savvy Grande and Andy Ionnides. Even though you were around as Suck for a very short time, you caused many people a multitude of grey hairs. You also gave the mother grundies and censors something else to bitch about when they weren't complaining about or banning that "pinkish/brown area that looks like it could be a nipple" or that song that contained the word "shit"! You gave the press something to sharpen their collective fangs on, but, more importantly, you gave the budding South African rock music scene a solid kick up the butt, bringing the excitement and controversy that was sorely needed. You also played great music, and for all these things, you will be fondly remembered! You hold a piece of South African music history in your hand - let's be grateful that there are people like Benjy Mudie who have the guts and passion to finally release it on compact disc.
by Leon Economides, November 2001 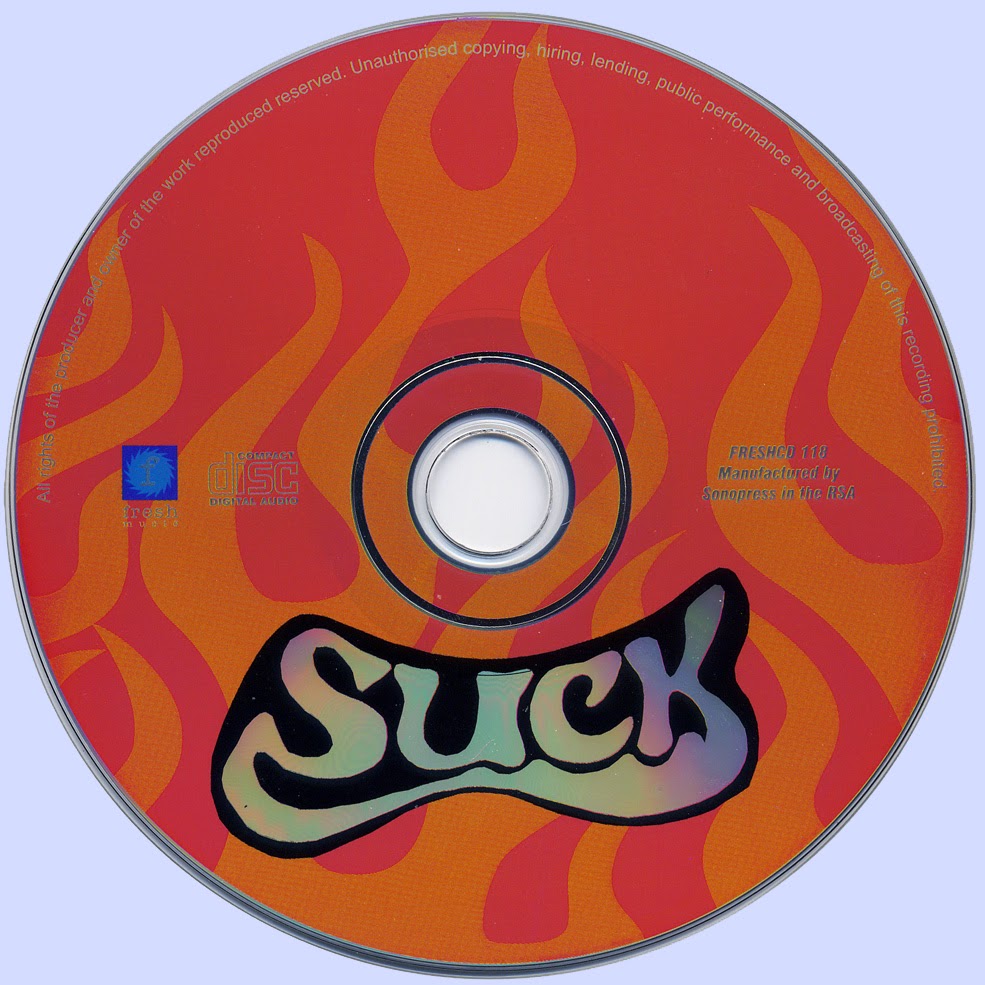