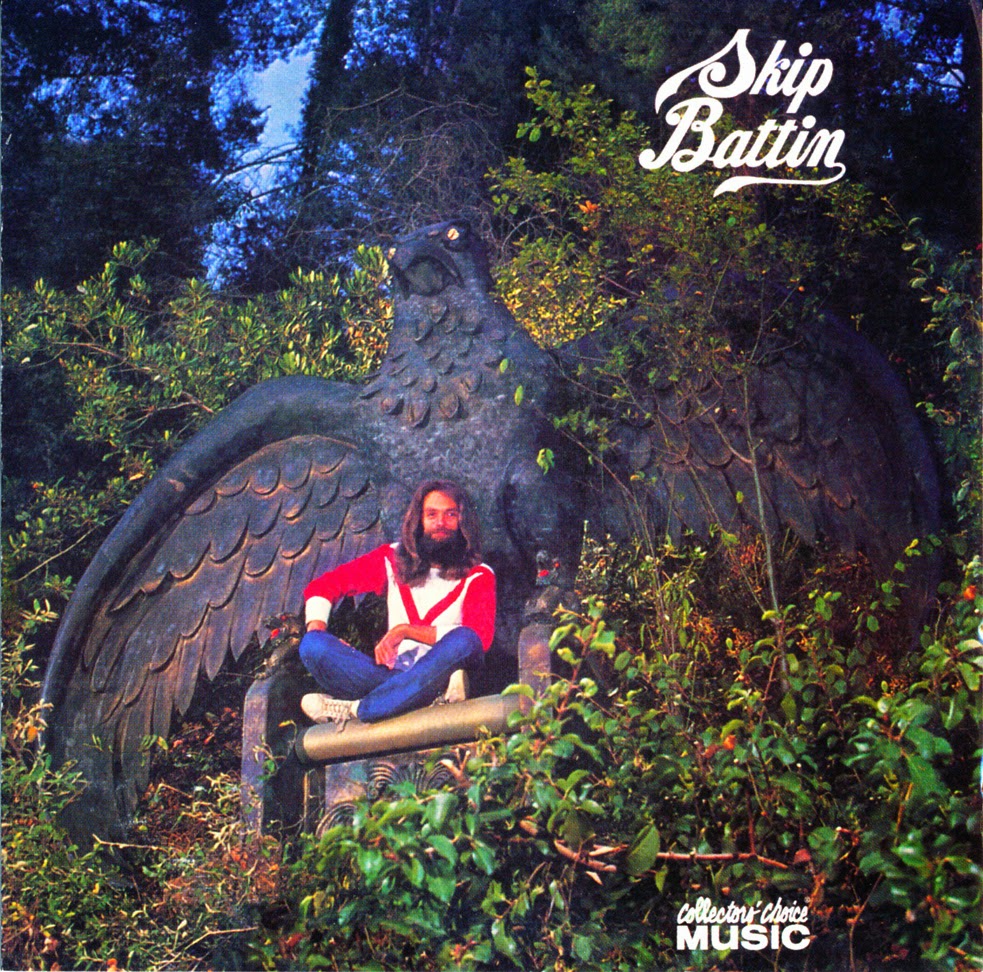 Byrds historians would have you believe that Cecil Ingram Parsons III was the squarest peg ever to occupy one of the legendary band’s round holes. Not a bit of it: that honour has to go to Clyde “Skip” Battin, who held down the bass chair from 1969 till the breakup of the band in 1972. Progeny of Italian immigrant parents, Battin was born in 1934, which makes him a hoary 35 years old when he joined McGuinn & Co. In fact he was the oldest Byrd ever, by eight years. Further, whilst all previous Byrds had cut their teeth on Greenwich Village folk or Nashville bluegrass in the early sixties, Skip’s musical genesis came in the novelty music era which followed the initial surge of rock’n’roll in the fifties.

With his heroes being Fats Domino and Tom Lehrer, it’s no surprise that his forte turned out to be witty narrative songs with a piano spine, mostly written with assistance from maverick lyricist Kim Fowley. If you’re familiar with the moderately successful single “America’s Great National Pastime” taken from Farther Along, you’ll get the essence. Surprisingly, in the latter days when all but McGuinn were merely salaried Byrds members, the Leader allowed a handful of Battin’s distinctly oddball songs on to the final three albums.

Even before the breakup, Skip obtained a contract with Signpost Records of LA on the strength of “Pastime”, and his first solo album, Skip, emerged rapidly. Battin handles piano duties as well as bass, and his voice is warm and husky. All the Byrds’ final lineup contributed, including McGuinn in amusing circumstances: the track “Captain Video” is a delightful pastiche of the Byrds singing Dylan, and McGuinn guests on 12-string Rickenbacker whilst Skip himself sings the lyrics dedicated to Roger, who allegedly never realised that they were about him.

Clarence White is everywhere, including some of his best-ever B-Bender wailing on “The Ballad Of Dick Clark”, more of the same plus amazing mandolin on “Four Legs Are Better Than Two” and what sounds like Fender electric mandolin on “Valentino”, providing an appropriately Italian flavour. In fact much of the record combines Bakersfield country licks with typically Italian polka two-step rhythms, as Skip wears his two cultural hearts on his sleeve. Towards the end the pace slackens for the wistful, witty paean to a 1940s baseball team, “St Louis Browns”, on which Clarence flatpicks superb dobro licks, and the closing, gentle “My Secret Life” in which Battin artfully lays his own soul bare.

The late ’72 timing of the album was not good; Skip’s touring commitments with the ailing Byrds meant that it was barely promoted, and sales were poor. Nonetheless, a second album was mooted by Signpost, by now part of Atlantic, to be entitled Topanga Skyline, but Clarence White was killed the day before recording was due to begin. It went ahead assisted by members of Country Gazette plus Al Perkins, but the heart had gone out of the project and the completed tapes were shelved. Skip went on to serve with New Riders Of The Purple Sage and the reformed Burritos, but his two other solo albums were released in the 1980s solely in Italy, to which he made frequent visits; these featured some songs sung in Italian, and remain rare collectors’ items. In Sept 2009 Skip’s son Brent financed the belated release of Topanga Skyline on Sierra Records as a fortieth anniversary commemoration of Skip’s first appearance with the Byrds.
by Len Liechti 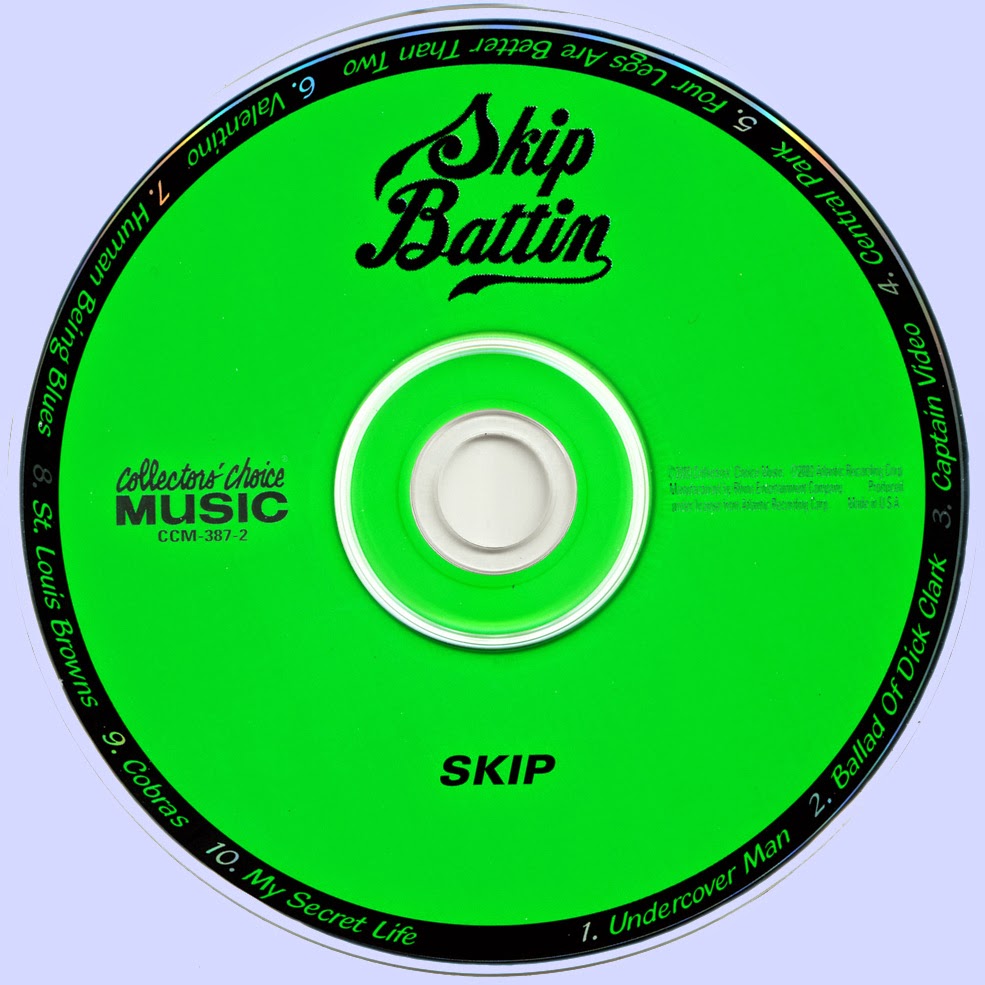 Free Text
Just Paste
Posted by Marios at 4:23 AM 6 comments: