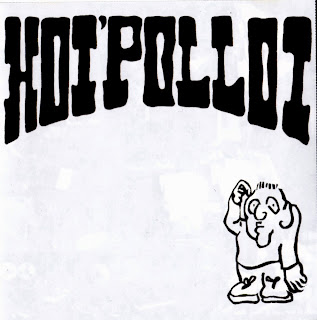 Hoi’ Polloi’s only self-titled private press LP is a true lost gem.  Record Collector Magazine referred to this album as “a buried treasure” while Acid Archives writer Aaron Milenski said of the album, “Here’s proof that great finds are still out there awaiting us.”  Family Vineyard reissued this strange but engaging album on vinyl and digital download.

The group, which hailed from Richmond, Indiana, mixes various early 70s pop/rock styles (CSN&Y styled singer songwriter pop, country rock, power pop, folk rock, progressive rock, lite psychedelia) into an appealing whole.  Hoi’ Polloi was recorded at Earlham College during spring break using two stereo deck tapes.  Album opener “Who’s Gonna Help Me” sounds like a lost Emitt Rhodes track – this is radio friendly and highly accomplished pop for a self released disc.  The folk-rock tracks such as “Stories,” “Devil Song,” and “Old Bootstrap” are the group’s greatest strength as they are tuneful and finely crafted pieces of music – how was this excellent band overlooked? Other winners are the acid soaked but brief “Last Laugh,” the progressive harpsichord instrumental “Sid Stoneman Gets Scaled,” and the catchy singer songwriter styled “15 Miles To Mexico.”

While influences are easy to spot, Hoi’ Polloi had a unique quirkiness and strong sense of musicianship that keeps this music original and fresh.   They were a group that could sing, write and play better than most major label acts of their time.  There are no rough spots or dull moments to be found on this very entertaining set, which is highly recommended to fans of early 70’s pop rock.
by Jason Nardelli 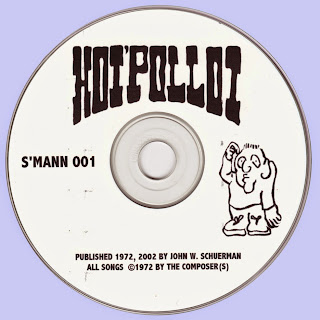