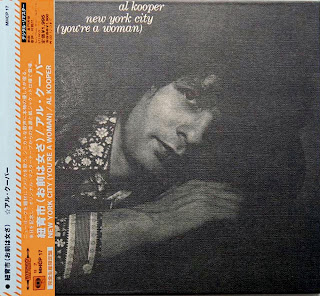 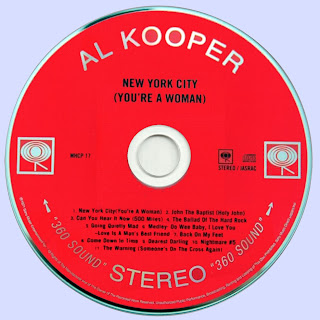 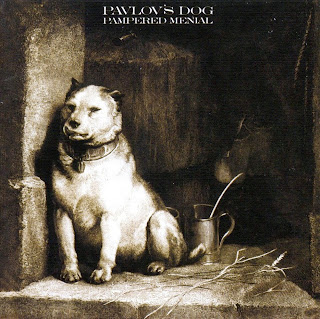 While 1974 is considered to be the closure for classic English progressive rock, it was a promising, groundbreaking year for the Americans in the genre, with bands like Kansas and Rush releasing their debut albums. Pampered Menial, the forgotten debut album by St. Louis band Pavlov’s Dog, serves as a further testament to this.

Pavlov’s Dog can actually be the missing piece linking Kansas and Rush – mixing the accessibility of the first with the harder edge of the latter. While not as aggressive as early Rush efforts, Pampered Menial offers about 35 minutes packed with well-written, captivating songs that are dense with instrumental beauty and creativity – creating a sense of celebration from one side and a painful heartbreak affair on the other.

This concentrated, orchestrated work is clearly inspired by early European progressive rock albums (a sub-genre known as "proto-prog"), such as King Crimson’s In the Court of the Crimson King and Spring (another forgotten gem), with various keyboards, mellotron, flutes and strings being a substantial part of the work aside the varied guitar playing, giving it a symphonic touch. It all rocks with intensity, driven by highly dynamic, imaginative drumming, and filled with melody, much in the way Kansas did in their early days.

Lead vocalist David Surkamp’s high singing is very close to that of Rush’s Geddy Lee, both in tone and in delivery. In fact, Surkamp takes his muscular-feminine vibrating vocals to an even more extreme point, using them with more confidence than early Lee, in a way that can be seen as a cross between Lee and the goat-like trembling vocals that Family’s (a late 60’s-70’s outfit that offered orchestrated prog-pop material) Roger Chapman is remembered for.

In fact, Surkamp is not the only one who is performing with confidence. The entire band performs remarkably well and displays maturity and refinement that are sometimes absent from debut albums. Unlike the Led Zeppelin-ish early Rush, Pavlov’s Dog managed to bring on their debut a polished sound that is their own, thus making it a mandatory acquisition to anyone who is interested in American progressive rock.
by Avi Shaked 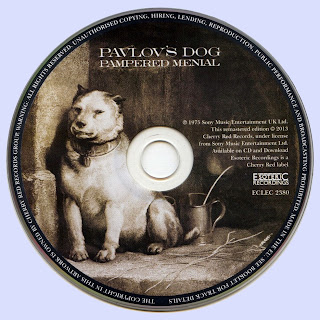 Free Text
Just Paste
Posted by Marios at 4:54 AM 6 comments: