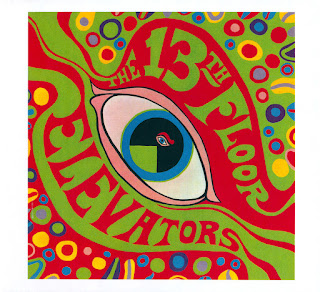 The tragic irony behind Roger Kynard "Roky" Erickson's vaunted legacy as the father of psychedelic rock is that the very things that make him so important to so many fans and that keep him prominent in so many listeners' memories also ensured him a hard life spent in sanitariums and studios. Granted, for many that hard life is an integral part of his cachet: Arrested in 1969 and charged with possession, Erickson pleaded insanity rather than face jail time, and was committed to Rusk State Hospital. As legend has it, his mind was so devastated by the shock therapies and medications that he spent the rest of his life battling serious mental illness that left him easy prey for unscrupulous record promoters (who had him sign away his royalties for numerous reissues) and sabotaged almost every attempt at a comeback.

There are, of course, scores of 1960s cautionary tales, but the music Erickson helped to make and the lifestyle he promoted with the 13th Floor Elevators explicitly advocated drug use as mind expansion, as true spiritual freedom-- a bunk idea he shared with Jim Morrison, although even at his most obtuse, Erickson never descended to the empty-headed blathering and lounge-act crooning that were the hallmarks of the celebrated Lizard King. Erickson's psychedelia was not passive aural wallpapers-- all pretty shapes and colors to listen to while tripping-- but an active force of social, musical, and psychological change. Aside from the infamous album starter "You're Gonna Miss Me", which Erickson wrote for his previous band the Spades before rerecording with the 13th Floor Elevators, The Psychedelic Sounds is awash in narcotic philosophy. And in case you miss it, Tommy Hall explains it all in his original liner notes.

However, what makes The Psychedelic Sounds powerful 50 years later isn't its questionable philosophy but, as the title makes clear, its psychedelic sound. The 13th Floor Elevators were a remarkable band: Erickson's wild-man vocals create an atmosphere where unfettered mayhem reigns. Stacy Sutherland's piercing guitar puts a dark mood on "Roller Coaster" and "Reverberation (Doubt)", while drummer John Ike Walton ties it all together. It's a dynamic that's even more pronounced on the eight live tracks on this UK reissue, which were recorded in San Francisco following the album's release. Their covers of Solomon Burke's "Everybody Needs Somebody to Love", the Beatles' "The Word", and even their take on that '60s live staple "Gloria", are anything but placid drugs trips or by-the-numbers re-creation; instead, the songs get the full psychedelic treatment as the Elevators play them like they're handling snakes.

As with any historical legacy, however, Erickson's reputation as the father of psychedelia is largely oversimplified. He was a late addition to the 13th Floor Elevators, which was the brainchild of Tommy Hall. Hall's acid poetry informs every song on The Psychedelic Sounds (aside from "You're Gonna Miss Me", Erickson's lone contribution). And, perhaps most important, it was Hall who plugged in his jug and provided the psychedelic sound that evokes the chemical weightlessness of a trip. It's the wiggedly-wiggedly of a dream sequence, the sound of your hands melting or of a dimensional door squeaking open. That the 13th Floor Elevators could translate that concept into an aural sensation is perhaps the root of their reputation and would have been impossible without Hall.

Erickson, however, undoubtedly was a creative force in the band, as a vocalist on Psychedelic Sounds and also as a songwriter on the follow-up, Easter Everywhere. Selections from those two albums, as well as from subsequent aborted comebacks, are collected on the two-disk I Have Always Been Here: The Roky Erickson Story, which is, unbelievably, the first overview of his long, strange career. Erickson's is a long career to capture on only two disks, but Shout! Factory makes judicious use of the space not only to provide a chronology of Erickson's development over four decades, but also to paint him as a sort of outsider artist rather than as a victim.

Emphasizing Erickson's solo output over his reputation-making Elevators material, the collection includes only a handful of tracks from The Psychedelic Sounds and Easter Everywhere. "Slip Inside This House" is a masterpiece of psychedelic inventiveness, a spacey blues jam that circles back on itself and eats its tail. On "I Had to Tell You" and the heartbreaking same-session outtake "Right Track Now", Erickson foregoes his usual hysterical vocals for a much more direct, reflective approach.

But I Have Always Been Here is more interested in Erickson's less-explored post-Elevators period, roughly from the mid-70s to the present. Whether solo or with the Aliens, he churned out potent and patently weird Texas blues rock similar to Stevie Ray Vaughn or early ZZ Top and often mimicked the vocal hiccups of fellow Texan Buddy Holly. In the 1970s, Erickson became fascinated with science fiction, re-creating B-movies with songs like "Creature With the Atom Brain" and "Stand for the Fire Demon". What makes these songs so kick-ass is that it's the sound of someone going right off the page of the rock script-- like so many B-movie auteurs of the '60s (Ray Dennis Steckler and Hal Warren, ill-fated director of Manos: The Hands of Fate, come to mind), he's doing whatever he wants with no one to tell him that's not how it's done.

As a result, very few of the songs on I Have Always Been Here Before depend for their impact on the listener's knowledge of Erickson's mental health at the time. This is perhaps the singer's true achievement, which this compilation generously spotlights: even when he was suffering, his strange music sounds wholly idiosyncratic and spiritually curious, the sound of a man who won't let the world's ugliness diminish his enjoyment of life or hinder his search for something solid and secure.
by Stephen M. Deusner 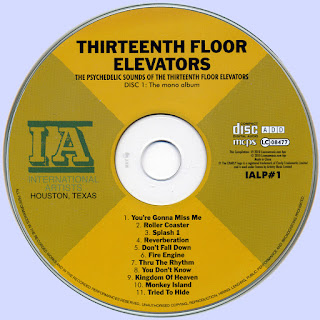 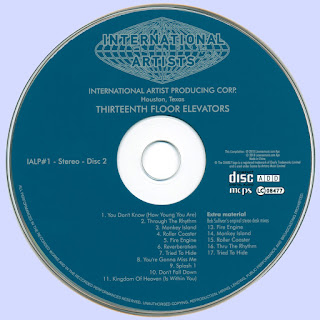